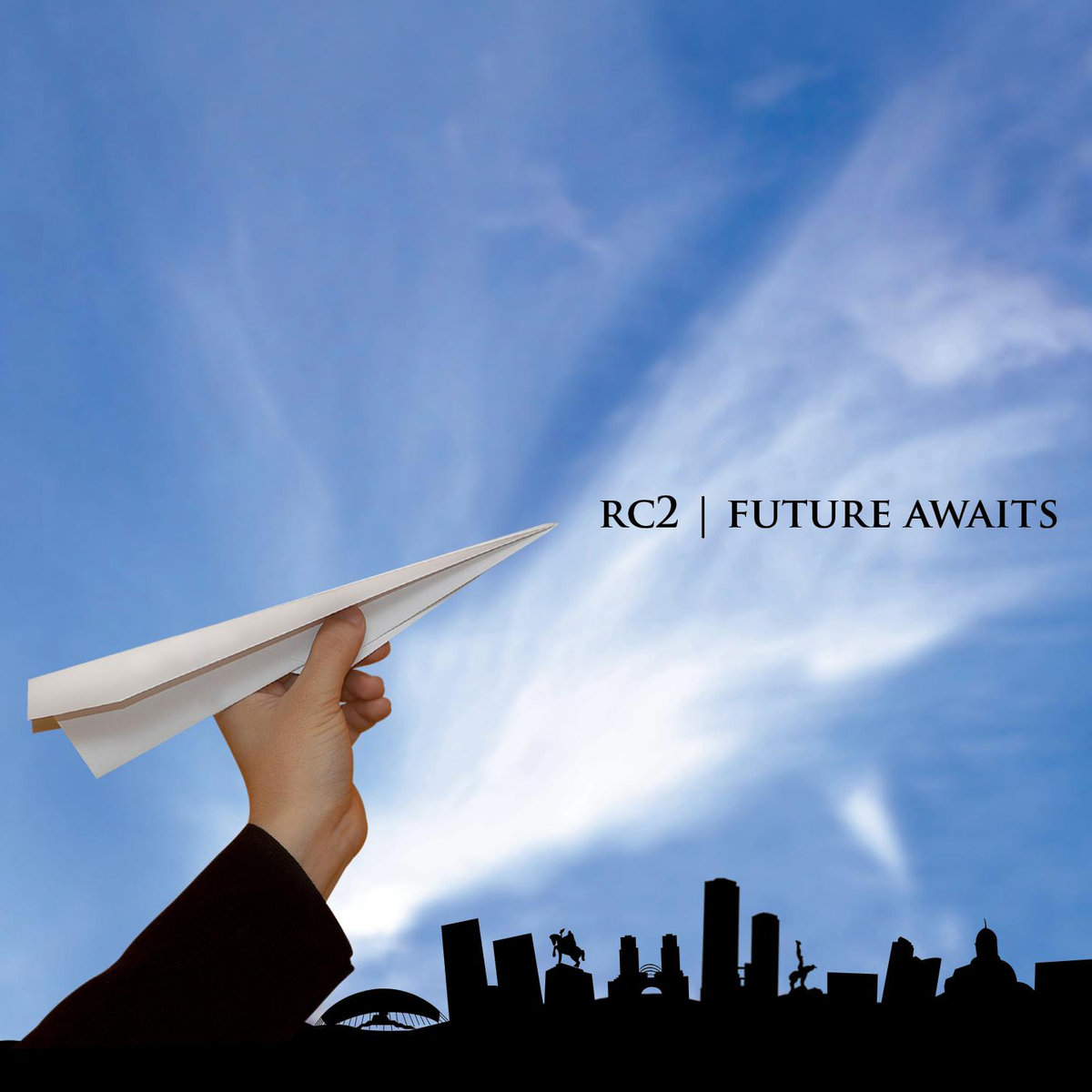 From the very beginning it’s clear that Future Awaits is nothing less then a perfectly produced record. Not only because the balance between the instruments is even and because the sound fills the room perfectly, but because this record takes you into its space and it keeps you there even after the album is finished.

Imagine a dark, comfortable and perhaps vulnerable space and imagine then that space is filled with instruments and you are behind every single instrument at the same time, at all times. Each instrument sounds fantastic and together they create a sounscape, which not only describes emotions, but also awakens them in the listener.
On the new release, RC2 have almost completely dropped their metallic edge and the focus is more on classical prog, jazz, fusion and latin, only it doesn’t feel like the band is trying to focus on genres or anything else, except the emotional ride that is their music.

RC2 presents an outstanding musicianship at all times, not by constantly pointing out their technical abilities, but rather by songwriting and playing that both technically and creatively supports the big picture rather than the egos of the players. The band’s music rests mostly on the shoulders of drums, guitar, bass and keyboards, which makes the level of intimacy and atmosphere even more impressive, and Felix Duque’s singing fits perfectly.

There aren’t many weak points on this album, but the level of songwriting quality drops a bit in the middle of the album only to rise soon after.

Be warned, though; this is a long album and often slow paced and filled with long songs, some of which are instrumentals. If you don’t have patience to give it your time and your attention then you will not receive the reward, which awaits you.