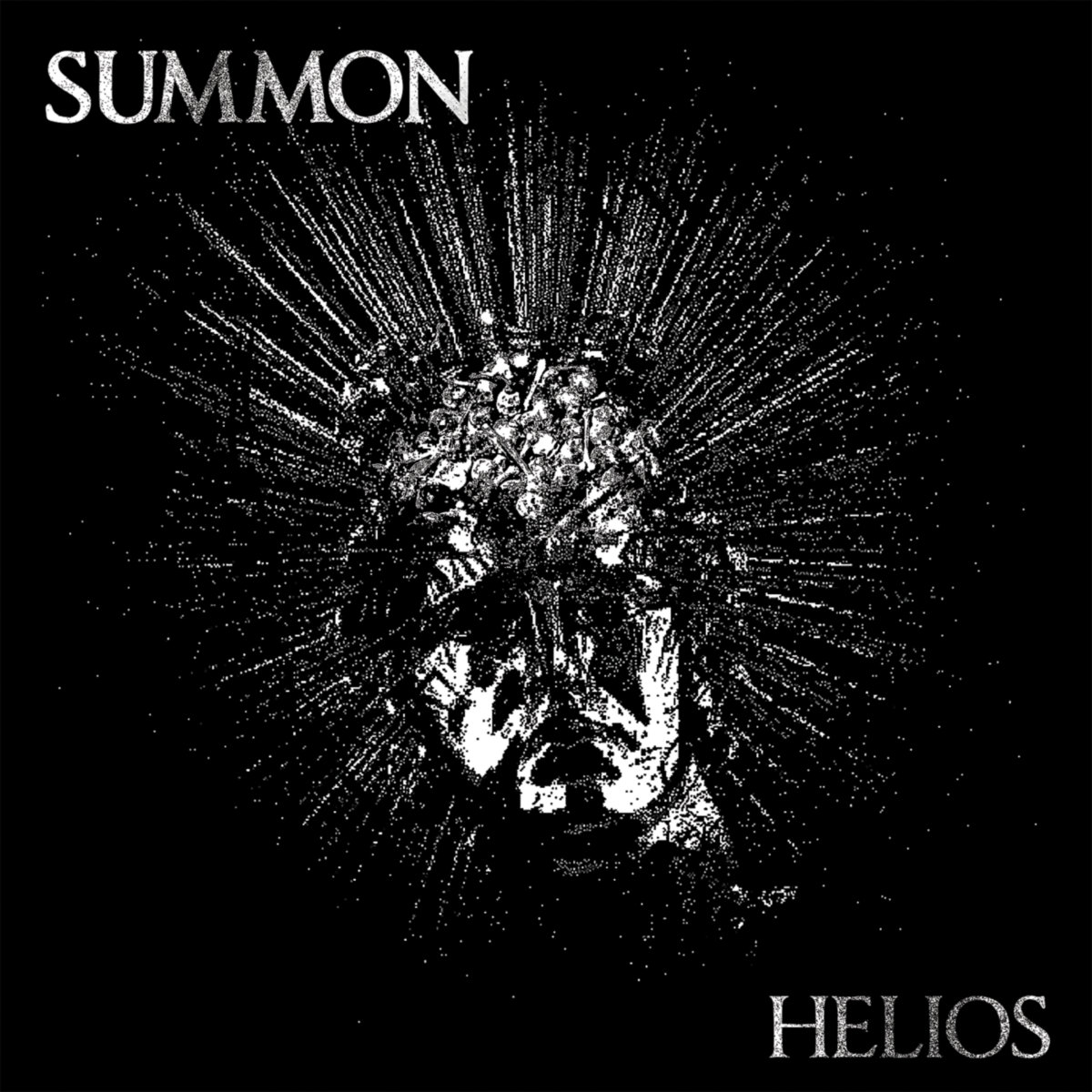 Hailing from Portuguese grounds, Summon is a quartet performing their own mix of black & death metal. This Portuguese quartet is formed in 2016, and Helios is their second EP, arriving three years after its 2017 predecessor EP Aesthetics Of Demise. What is more important is that the band also released one 2018 full-length entitled Parazv Il Zilittv, via Iron Bonehead Records.

Helios consists of only three tracks, which means this review will be relatively short. Songs are simply entitled “Helios I”, “Helios II” and you guess, “Helios III”. Those three tracks range around 20 minutes. As stated above, the EP starts with “Helios I” – delivering a fascinating blend of blistering distortion, frantic riffing, amplified adrenaline while implementing extreme aggression. Harmonies are mainly ‘hard’, but I guess it is the way it should be when talking of almost ritualistic and savage blend of black and death metal. There’s a lot of symbolicism, but surprisingly also a solid versatility on this opening track.

“Helios II” is the next chapter of this EP and it is here where things get a bit slower showcasting the venomous melodies and stampedo-like hammering drumming. Part III aka “Helios III” is by far the highlight of the EP being chaotic to start with, but three minutes in a clean series of notes and ambience kicks in. It somehow helps finishing the EP off nicely.

Vocals are probably the most interesting and diverse part of this EP. The vocalist demonstrates a huge variation in his style, from demonicly deep and guttural grows, over howling and high-pitched to more snarly and roaring vocals. To times, as perfectly demonstrated in the closing track “Helios III” (listen below) the frontmen also delivers some spoken-word vocals somewhere in the middle of the song.

The overall atmosphere on Helios is dark and blackened with this ambient yet hellish feeling. Production is raw and echoing, but also the one where all instruments fit perfectly into the mix with vocals. For myself, Helios is a discovery which most certainly deserves at least a two listening sessions. It’s not ground-breaking nor highly original, but it all works fine, enough to make fans of extreme black and death metal satisfied! Esp. recommended for worshippers of Incantation, Cultum Interitum, Genocide Shrines, Darkthrone and Possessed.

For additional information on this particular release from Summon visit https://godzovwarproductions.bandcamp.com/album/helios