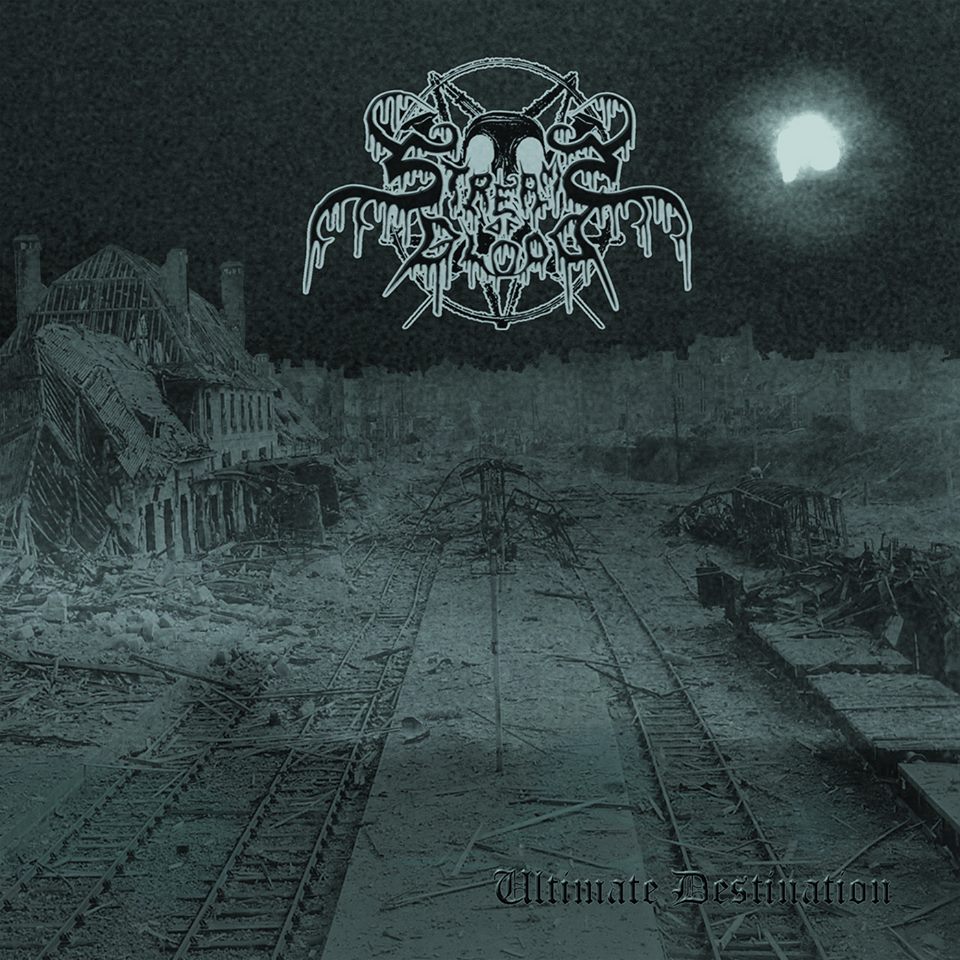 Ultimate Destination MMXVII is, as the name implies to some extent, not a new release. Rather, it is a remixed, cleaned and re-issued version of the bands second full-length album, originally produced and set loose upon the world four years ago, in the year 2013. As to what the difference is I cannot really say (since I sadly did not have the pleasure of listening to this record upon its initial release), however I can state what appears to be apparent these days: Old-school (in this case meaning Second Wave) Black Metal never seems to die. Ultimate Destination MMXVII, despite being a rei-issue, is released twenty-some years after the emergence of the first real bands of said genre, and it carries the torch of music that they helped to shape and create back then ever higher. The music if gruff, despite it being cleaned up in this version, the instruments are relentless and closely entwined into eachother, creating a wholesome, wall-like sound. The vocal tracks fit into this category as well with a deep, hoarse growl laying the forefront for all nine tracks present upon this record. The album itself also contains a small introdution, lasting approximately a minute, which serves as a bridge into the anti human and self-destructive world created by the experienced two German musicians. And it is clear quite early on that Streams of Blood are not at all new to this type of music: Despite having only existed as a band for about eight years, the two of them each has a significant amount of experience from other, yet similarly attuned bands, to which they also resemble to some extent. All in all this little duet has done a great service in keeping the original Second Wave Black Metal sound alive as it used to be, which is definitely admirable and makes Streams of Blood a band best suited for fans of the Old-school bands. Tracks such as ”Von Der Realität in das Ewige Licht” (roughly translated into ‘from eternity to eternal light’, the only German song on the album), in my opinion proves this point very presicely, and also show what the band is capable of. Perhaps not quite at the level of the legends of the nineties (but then again, that is why they are legends), bbut worth quite a few spins nonetheless.

Recommended for fans of Darkened Nocturn Slaughtercult, Mayhem and The 3rd Attempt.