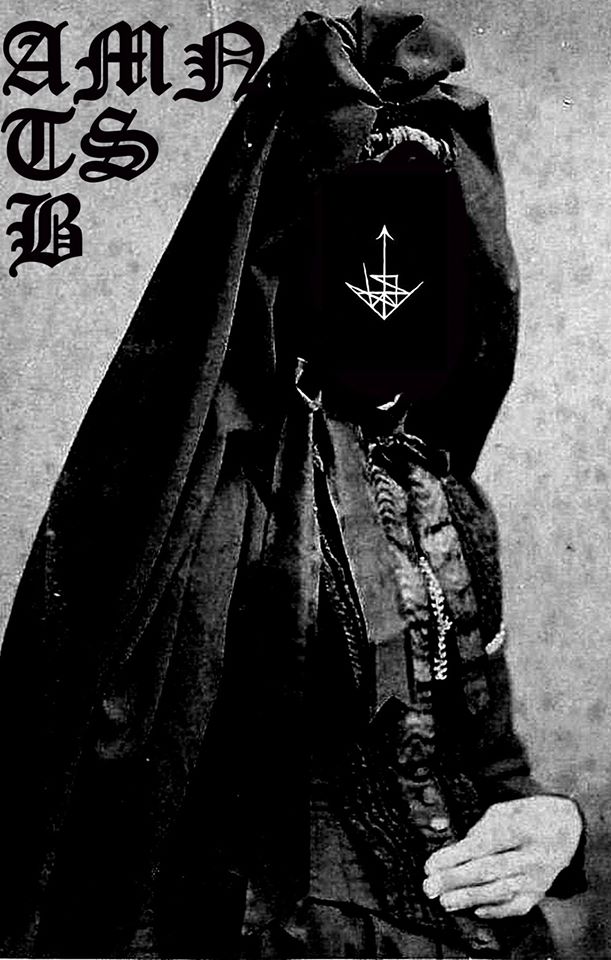 A band that I must admit caught be completely off guard. I had never even heard of Amnutseba prior to receiving this, their very first release. However, three words in my presentation to the band sprang into my eyes and sealed the deal for me: ‘Parisian’ and ‘Black Metal’. And, since I clearly am inclined to this particular combination, I jumped at the chance of spinning their Demo. Unsurprisingly, given how fairly predictable I am, I was not at all disappointed (except regarding to the length of the record – But is that not always the case with demos?) Sure, it may lack an actual title, but musically it most certainly delivers: The band has been heavily inspired by the modern day Black Metal scene in France, creating an album that is both crude, distorted and powerful in its deliverty, yet still slow, borderline melancholic, repetitious and relentless. I seem to have a weakness for this part of the French underground, and Amnutseba is no exception. Their Demo contains four exquisitely performed tracks, averaging at about five minutes apiece, adding up to a total of twenty minutes in total. Not at all enough to sate my thirst for their music; But good enough to serve as a precursor and a demonstration of what Amnutseba is capable of as a band. One thing that puzzles me, however, is their numbering: Their tracks lack actual titles, instead hiding behind their chronological number on the album (such as ”I”, ”II”, et cetera); However, there is no third track. Instead, the B side of the casette (yes, it has only been released on casette, as well as digitally) contains the tracks ”IV” and ”V”. A bit peculiar, but not at all a deal breaker. I will definitely be keeping my eye on this band, eagerly awaiting their first full-length release. And with a little luck, the missing third track might even be present upon it. Sadly I could not find an official channel to the band – but if any reader out there happens to stumble upon one, please feel free to contact me.

Recommended for fans of Moonreich and Rance.