Deadly Carnage – Through the Void, Above the Suns

Stray Train – Blues from Hell (The Legend of the Courageous Five) 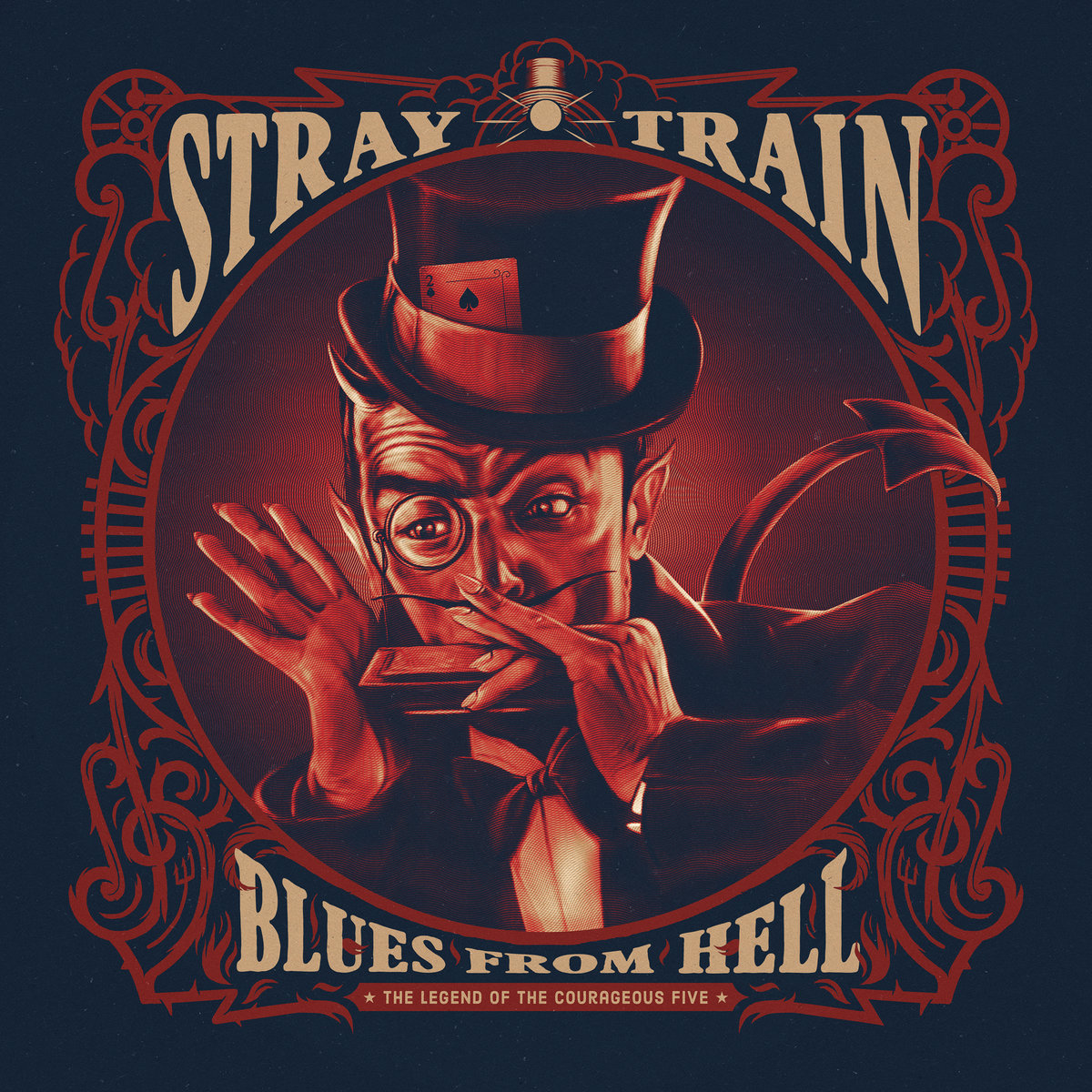 A band from the Balkans sounding American!? That is exactly what we have here – a Slovenian (Ljubljana) hard-hitting quintet. To be honest I never imagined that such a cool blues rock band could come from that part of Europe. What this teaches us then? That a well-prepared and perfectly recorded piece of blues rock is not limited to any certain geographical area.

Blues From Hell is Stray Train’s second outing after their 2016 debut Just ‘cos You Got The Monkey Off Your Back Doesn‘t Mean The Circus Has Left Town. Blues from Hell – The Legend of the Courageous Five consists of 12 really cool and groovy blues rock anthems. The whole vibe and craftsmanship is just right and one feels entertained throughout the whole record.

The album combines hard rocking sounds, the emotional depth of blues and an excellent groove to a great total. There’re really no stand-out tracks, but it’s not necessary a bad thing, as they are all equally potent and strong. Having said that, the songs vary which gives an extra excitement to this release. To exemplify it a bit further I would mentioned the opening powerful rocker “Electrified”, a groovy mid-tempo driving “Heading for the Sun”, a melodic rocker “Emona”, a bit of stoner rock in “Mad Machine” or an emotional and radio-friendly “Love is Just a Breath Away”. In general, the music presented on Blues From Hell puts a smile on my face.

With mature and confident song-writing pared with a proper production, the final result is good, soulful and well-crafted release. Meanwhile if you are a big fan of Blues Pills, Kadavar or any other similar act, you should really check this lot out.