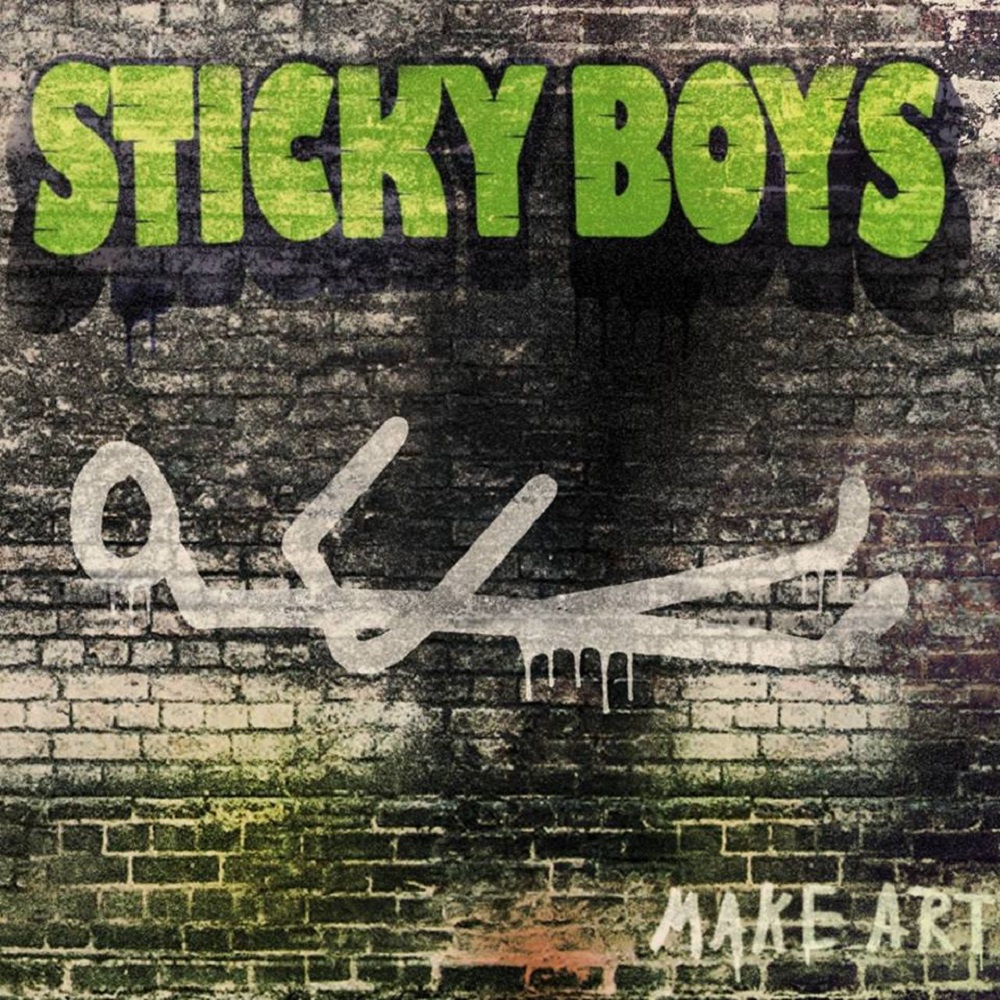 Despite having their own website, I have been able to learn precious little about this band (which seems to be a trend I somehow got into – I cannot say that I am a fan. Working on it). What I have discovered is that they are a modern Rock N’ Roll trio, one that has released two albums so far. The newest of which is entitled Make Art, and that will be the focus of scrutiny today. Now, as i stated a mere few seconds ago, Sticky Boys is a Rock N’ Roll band of the modern kind: This means, natually, that the music the three musicians deliver are more attuned to present day Rock than its eighties counterpart (the most noticeable example I stumbled across is the near non-existance of vulgarity in the lyrics – I am not sure how to feel about that). Musically, Sticky Boys deliver exactly what they promise: Simple, catchy and easy to remember riffs backing up the lyrics, in order to create an easy-listenable, non-offensive album. All in all the twelve tracks come together and become an excellent example of what Rock N’ Roll can sound like in the modern era. Sure, I am still stuck in the eighties, so this particular choice of musical direction does not appeal to me as such – But that does not mean that others will not grow a liking to it. Below can be found the official music video for the track ”High Power Thunder”, one of the more upbeat and powerful tracks present on Make Art. That way you can always make up your own opinion about the band (which I always recommend doing – even though it is my job and my greatest pleasure to give my opinion on basically any album, it is still possible that people disagree on occasion). And while I did have some misgivings about putting up this album onto the website,seeing as how it is not a Metal release per se, I ended up deciding against it. Rock N’ Roll laid the foundation for many of the bands I listen to and enjoy today, after all.

Diseased Obvilion is a band like no other, performing funeral and ambient doom metal. “A Blackened Harvest Of Decomposure” is band's last ever release, so if you're a fan of obscure, dark and ambient doom then I think you should get yourself a copy of this album, before it's all gone. ... See MoreSee Less

My friend and partner Gabriel S. from Nihilistic Holocaust sent me another album for review. This time it is Diseased Oblivion from US, and their A Blackened Harvest of Decomposure album. There’re e...
View on Facebook
· Share

Premiere Swedish gothic trio De Arma released their new three-tracker EP called Nightcall via Silent Future Recordings . It contains only three songs, but our writer was quite surprised by the level of professionalism on this EP. If you like rich arrangements and catchy, sorrowful, dark and emotional atmospherically charged songs, and sound firmly rooted in the 80s Goth/synthwave, then do not hesitate to give De Arma a fair chance! ... See MoreSee Less

I was not really sure of publishing this review as it has very little in connection to heavy metal. On the other hand one can occasionally hear some of gothic doomy influences which I believe [...]
View on Facebook
· Share

Simulacre teamed up with their kinsman Archvile King in order to release a Split album - Modern Black Metal on one side, Thrashy Black Metal on the other. What's not to love?Out now through Les Acteurs de l'ombre Productions! ... See MoreSee Less

This particular Split album is, as the name aptly suggests, a near-even split between two French Black Metal acts with similar enough soundscapes for it to make sense that they are present upon the sa...
View on Facebook
· Share