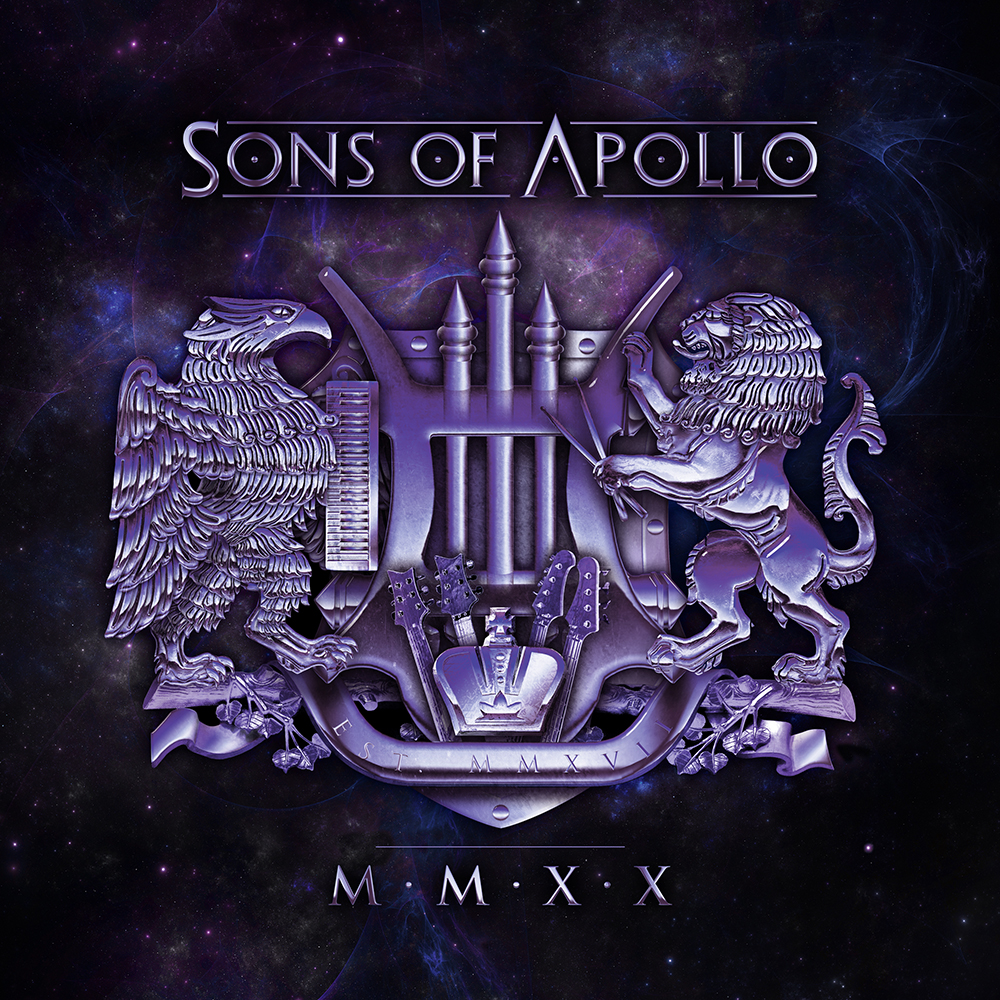 Since exit from Dream Theater drummer Mike Portnoy has been bussier than ever and keeping up with all of his projects and guest appearance can be quite a task. Common for most of them is that they consist of numerous high-profile musicians. Another common thing for the projects is that they are quite different in their nature. O.S.I. is rather experimental, Metal Allegiance is heavy as hell, Flying Colors is The Beatles poppy inspired, The Winery Dogs is down-to-earth classic rock and the lists goes on and on. Two years ago, Portnoy took part in what might just be his most star filled project to date – Sons Of Apollo. Joined Portnoy were ex-Dream Theater/Black Country Communion keyboardist Derek Sherinian, Mr. Big/The Winery Dogs bassist Billy Sheehan, ex-Guns N’ Roses/Art of Anarchy guitarist Ron “Bumblefoot” Thal and ex-Yngwie Malmsteen /Trans Siberian Orchestra singer Jeff Scott Soto.

The debut Psychotic Symphony lived up to the expectations of professional, well-played album, but it lacked seriously good songwriting qualities and while it was a good album it never fulfilled the expectations that are mandatory when gathering such a group of musicians together.

And here two years after the debut the band is already ready with the follow-up. Taking their extremely busy schedules, perhaps they should’ve taken some more time in order to create an album that delivers on all aspects.

But the case is that Sons Of Apollo is ready with a sophomore album unimaginatively entitled MMXX. Well, at least the title has a visual quality to it.

Sonically we’re on familiar grounds, but the production is more balanced nonetheless the drums which come across as integrated part of the overall sonic experience, rather than sticking in their own direction which as bit of case on the debut.

It goes without saying that the performance is eminent, but few spins of the album later it’s clear that MMXX also delivers on the aspects its predecessor failed at.

This means that the songwriting and the feel of the songs is in top. The songs feel less as jams and their flow and compact-feel is ever-present despite often long running time. There is far more focus on and characteristic in the songwriting. At the same time the band never compromises their prog metal base, staying true to the fact cemented by the debut – that this is Portnoy’s most Dream Theater-like project.

With high quality songwriting, follow the high-quality melodies and these make Soto shine that much more. On Psychotic Symphony his performance was good but did suffered from lack of solid melodies throughout the album. That is in no way the case with the new album, which is packed with good melodies and endless line of hooks that can make you hum to just about all the courses after few spins.

Musically the band is in familiar waters as well, delivering a solid bland od classic and modern prog metal/rock. The album feels more diverse, but despite the diversity all songs fit well together, perhaps because the overall approach is consistent regardless the core of the song.

The album opens with a classic Dream Theater-ish “Goodbye Divinity” with especially Sherinian shining through with what resembles of hooks from his time with Dream Theater. The result is compact yet proggy song that would feel at home on band’s underrated 1997 album Falling Into Infinity. They follow it with far more Deep Purple/Rainbow inspired classic 70’s mid-tempo rocker “Wither To Black”. The good flow continues in a modern metal vein in form of “Asphyxiation”. Things slow down a bit in form of “Desolate July”, which is as catchy as anything you can imagine, and it does resample Dream Theater’s “Endless Sacrifice”, which truth be told did borrow a hook or two from Michael Jackson’s 1991 “Give Into Me”. Centerpiece of the album takes a more epic, dark and theatrical turn with “King Of Delusion”, which balances out perfectly with the first part of the album.

Next couple of songs maintain the high level, but the closer “New World Today” loses some of the bulletproof focus and flow, but this almost 16-minute long extravaganza is sure to please the fans who enjoy band’s jammy and flashy side, which was more present on the debut.

As mentioned above all the band members deliver on colossal level with especially Soto impressing and Sheehan getting more room to prove just how unique his playing is. Bumblefoot is still to deliver those bone-chilling guitar leads that he belts-out in Art of Anarchy and Guns N’ Roses.

Thanks to Sons Of Apollo 2020, or MMXX if you will, has started with a bang. If their debut was the band warming up, then this is the band living up to their potential, with what feels like ease.