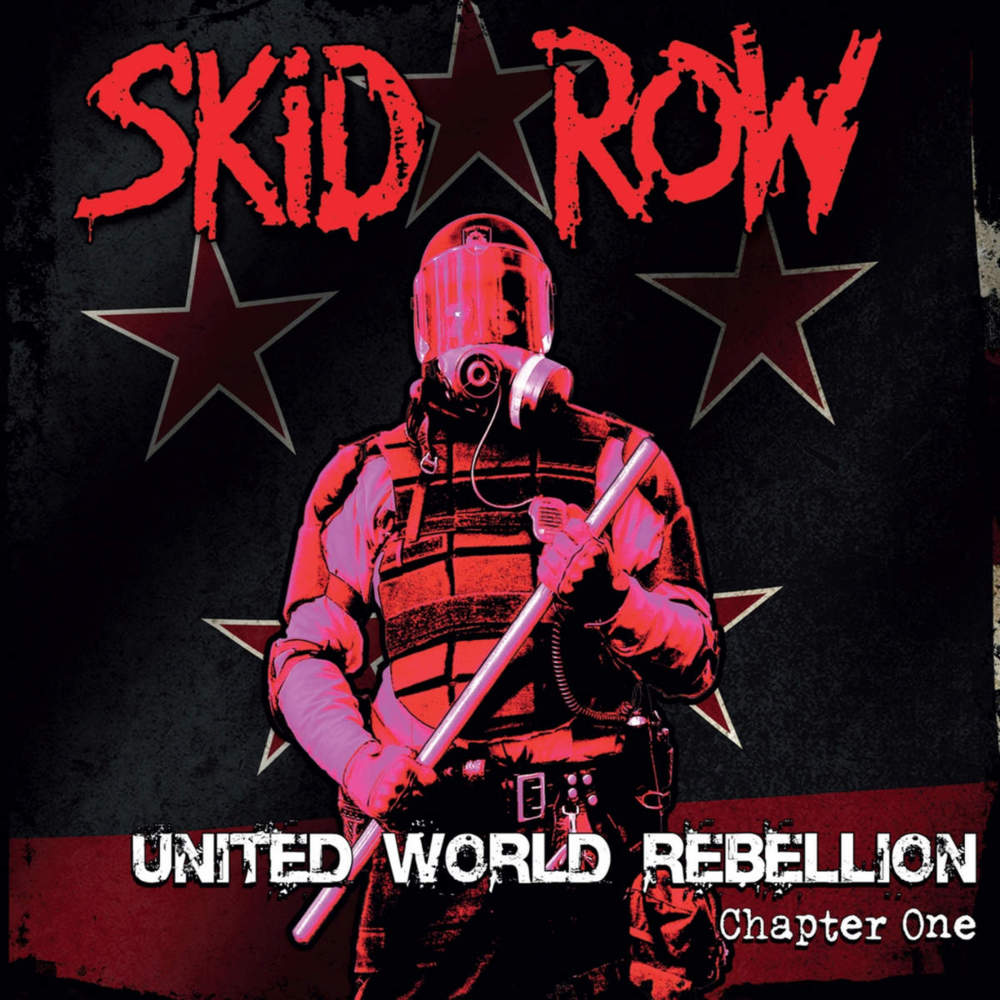 I was 16 years old when Skid Row’s debut came out. Straight away songs like “Youth Gone Wild” and “18 and Life” became my new anthems. When the band followed it with Slave to the Grind in 1991 I was totally hooked on the band. Slave to the Grind has displayed a far more mature side to the band, their songwriting, sound and performance. To this day it’s still one of my favorite ‘90’s hard rock/ metal record. The rise of grunge and groove metal in early ‘90’s left its mark on Skid Row’s third album Subhuman Race, and while the album never reached the success of the first two albums, it’s in my opinion a very good record, showing yet another side and step forward for this band.

And then they broke up…

The band got back together ten years ago with new singer and drummer. Not much was said about drummer Rob Affuso not being in the new line-up of the band, but the fact that the band’s prominent front-man Sebastian Bach was not part of the band, caused endless discussions, debates and complains – and it still does to this day.

Band’s return album, 2003’s Thickskin was actually a very good album mixing the Skid Row we know and love, with some fresh elements. Result was a number of strong songs and a tour that saw the band fired-up and filled with positive energy. Three years later the band released Revolutions per Minute, which was an album robbed of any energy, quality and motivation. The band went on hiatus and it seemed that was the end of Skid Row.

But now in 2013 the band is back together with the drummer number four and with Johnny Solinger still on vocals. United World Rebellion: Chapter One is the first of three EP’s planned to be released in course of a year or so. Once again the artwork is rubbish (Thank you Mr. Bolan?) and much like Thickskin the sound is too compressed. The band has been out describing the new music as inspired by Slave to the Grind and there might be something about the talk. The opener “King of Demolition” sounds like something from Skid Row’s landmark album. It mixes the groove of “Psycho Love” with riff and energy of “Livin’ on a Chain Gang”. The chorus is catchy and it will make a good live sing-along tune. “Let’s Go” follows in best “Riot Act” punk-ish 1-2-3 vein.

As mentioned above the sound is very compressed and the final mix could be done better. This takes some of the warmth and depth from the sound and in many ways makes it sound almost amateur like.
I’ve always found Solinger to be a solid singer and a good replacement for someone as rare as Bach. However his vocals on the new EP are somewhat weaker and less distinctive. But the same can be said about Bach, whose newer material doesn’t display the vocal strength he once had.

Song-writing is quite tight but also predictable and unoriginal. Rachel Bolan and Dave Sabo have always been good songwriting partners, but noting on this EP comes close to their best work. That’s not to say that it bad, far from it.
Lyrically the band is on familiar grounds with number of simple lyrics and some occasional razor sharp Boland outbursts like “We’ve got the bullet and the Bible we defend it with”.

The concept of releasing three EP’s during a short period of time is a good idea in this time and age where the huge exposure to new music is extreme. This way the band might be able to keep the interest of the fans for a longer period of time and in that way attract more of the fans to the band’s shows; because it’s there that they can actually make some money.

Skid Row are aware that they will have hard time ever attracting people who are not fans of the band already and therefore they are trying to play is safe by referring to band’s glory days. They do this in interviews, they do this in the songwriting approach and Boland even got his nose-to-ear chain back on.
I’m a sucker for Bolan’s bass sound and Hill and Sabo still know how to deliver good solos, but this EP lacks something. It is a huge step in the right direction after Revolutions per Minute, but it can’t match some of bands fines work.