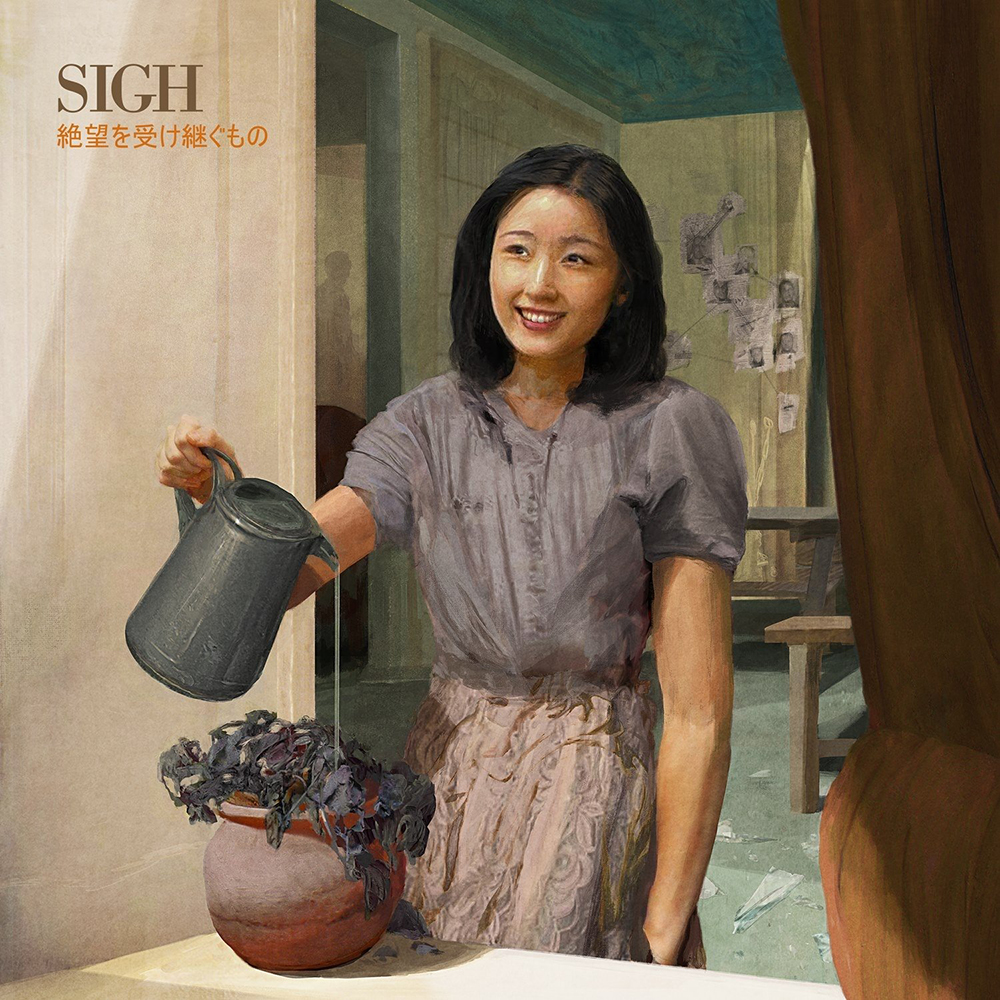 Few things in life are certain. One has to be that Sigh will surprise you with each new record and another one that each next Sigh album will not disappoint.

Heir to Despair is the Japanese band’s 11th album and it’s is an eerie masterpiece, which eminently balances and shifts between sanity and insanity, and doing that in order to serve the overall concept and feeling of the record.

In early 90’s the band was one of Japan’s strongest black metal forces, but some years later then took a more experimental avant-garde approach to their music becoming increasingly unpredictable.
Describing Sigh’s music nowadays is not only hard, but also fairly futile, because the atmosphere and journey the band creates goes far beyond heavy riffs, melodic leads, diverse vocals, electronics and usage of traditional instruments. Musically the band surprises, but it’s the overall creation that is most impressive. Still one must mention the outstanding song-writing, tight gripping intensity and pace of the opener “Aletheia”, which eminently mergers the heavy guitar work with traditional folk instruments and vital vocals. As such the songs is representative of this album’s overall approach.

Towards the middle of the album, the trilogy of “Heresy I: Oblivium”, “Heresy II: Acosmism”, and “Heresy III: Sub Specie Aeternitatis” serves as an extremely intense and at the same time blurry yet razors sharp transition from one part of the album to the other. From sanity to insanity, perhaps? Its experimental nature never overshadows the mood and the peculiar emotion. Album wraps up with the epic title-track whose last notes feel like the final exhaling after an insanely intense journey that is Heir to Despair.

After trying to describe the impact of this record is seems redundant to point out that Phillip H. Anselmo makes an appearance on the first single “Homo Homini Lupus”, but there you go.

Highly representative of the music is the eminent cover artwork created by Eliran Kantor, which is immersive display of the beautiful and the grim. At the same time the artwork, much like Sigh’s music, reveals more and puzzles additionally, the more time you use to analyze it. This year alone Kantor has created numerous outstanding artworks – The Arrow of Satan Is Drawn by Bloodbath, Ritual by Soulfly, Upon Desolate Sands by Hate Eternal, Hangman, by Artizan, Convalescence by Promethee, to only name a few. But his work for Heir to Despair might just be the finest one this year.

Once you succumb to Heir to Despair you can’t help, but think where in the world does this band go from here. But that’s the case with just about every Sigh album, yet they indisputably manage to amaze and deliver with each following album. Perhaps that’s the part of beauty and genius of this band. We might not know where they are going, but they sure as hell do and they are sure to take us by surprise, also here almost three decades into their career. Chew on that for a sec, if you would.