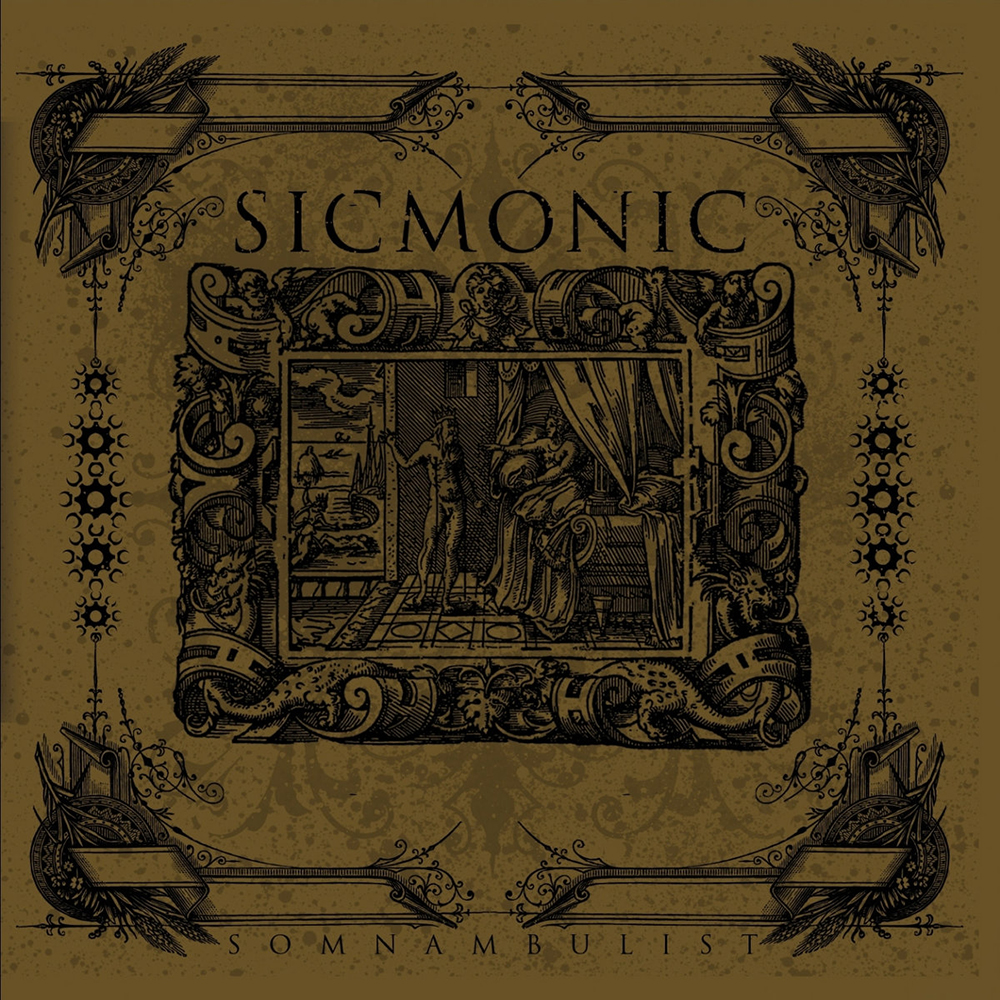 Imagine a kaleidoscope, a huge kaleidoscope with a bright specter of colors. Now imagine this kaleidoscope transforming into a sonic experience rather than visual one. This is perhaps a decent way to try to explain the outstanding experience that is Somnambulist.

Once in a while out comes an album that just confuses you with its brilliance. The difference between these kinds of albums and the other outstanding albums is that it’s difficult to understand how did it all come about and you find yourself wishing that you were fly on the wall throughout the whole creating process behind these albums – the writing, the recording, the rehearsing.
That’s the feeling I got when listening to, among the others, Tool’s Ænima, Fantomas’ Suspended Animation and Nine Inch Nails’ The Fragile. (Sic)monic’s Somnambulist is one of those albums too.

This album has an approach to writing and playing music that is free and that’s one of the things that makes it extremely genuine and emotional. Another aspect that furthers strengthens this is the fact that the band is extremely talented, brave and technically good.

Somnambulist is an emotional explosion that mixes anything from jazz to death metal in an entity so honest and unpredictable that I found myself actually saying the words “What the hell?” and “Are you kidding me?” out loud, few times during the first spin of this record.

The band’s performance is fantastic, but it’s their songwriting that impresses the most, together with Taylor Hession’s out-of-this-universe vocal performance. Much like the music itself, vocal performance is highly complex, unpredictable, unbelievably vital and emotional. One second Taylor is producing diabolic growls in best Glen Benton style and the second later he is singing in a most melodic and heart breaking voice you can imagine. This combined with some very personal and moving lyrics as well as very creative melodies, creates a cocktail, which sucks the listener deep into its universe. Highlights are too many to mention and even the bonus tracks (re-recordings of few songs from their first album) keep the quality level high, but one of the songs that just needs to be mentioned is semi-acoustic “Requiem”, which is one of the most emotionally charged songs I have heard in a long time. The lyrics and Hession’s performance are simply magnificent.

As for the things that could be improved; the only thing I can think of is that the individual sound of the instruments is too ordinary to accompany the music, which is so distinctive. Still the band gets away with this quite easily, thanks to above mentioned songwriting and performance, but just as importantly thanks to outstanding arrangements.

With such a diverse vocal performance as well as the overlapping vocals one can’t help but wonder how in the world will Hession pull this out live and I hope to get the answer to this question sometime soon, because this is the band I need to experience live.

Somnambulist is a truly amazing album, in just about all aspects.