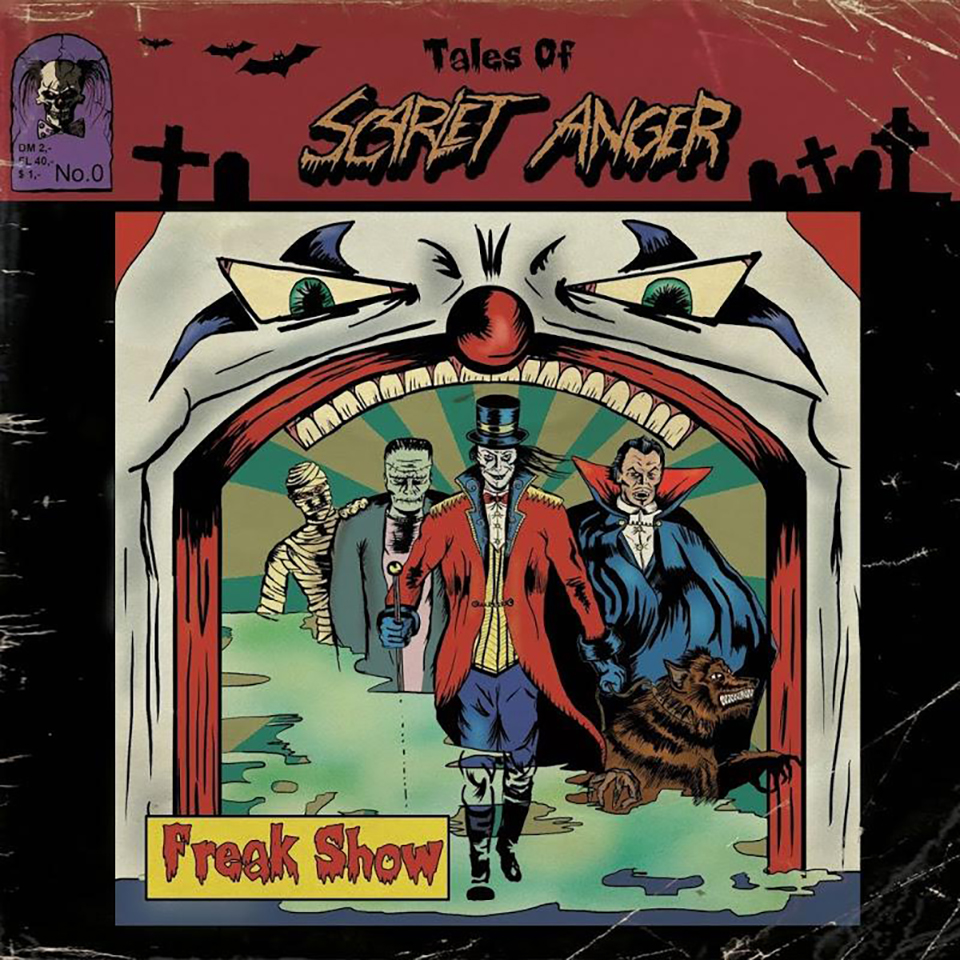 Scarlet Anger is a Thrash Metal quintet, one that has been around for a decade and counting, so far. They hail from the famous, but seldom heard-of country (in a Metal context at least) Luxembourg. In their ten year long lifespan they have so far released one Demo, one EP and two Full-length releases, the newest of these having been released as late as last year. Now, this is the first time that I have had the pleasure to acquaint myself with Scarlet Anger – And so far it has been quite a pleasureable experience. Musically Freak Show (as their newest Full-length release is called) is a near-text book release showcasing how and what Thrash Metal sounds like in the modern era. Nothing bad at about that, but nothing particularly noteworthy either. What truly makes Scarlet Anger worth mentioning, however, is the sheer amount of effort they have put into the lyrics: While they start off as traditionally aggressive and with a horror twist (encapsulated through titles such as ”Awakening of the Elder God”), yet quickly becomes more and more humourous, yet still with the horror theme (which can now be found through the lyrics of tracks such as ”An Unbelievable Story of a Stupid Boy” and ”Deadly Red Riding Hood”). So basically, Scarlet Anger delivers quite a decent Thrash Metal album musically – but it is the lyrics and overall sense of humour that really scored points in my book. Sure, this approach about using humour might not be a new concept (Tankard and Die Apocalyptischen Reiter have both done the same), it is the first time I have seen it being used in regards to themes relating to anything horror-related, ranging from Cthulhu, aliens, horror movies, torture and traditional dystopian fairy tales. Below can be found the (somewhat) very graphic music video for the track ”The Abominable Master Gruesome”, which carries on in that tradition, taking on several aspects of thrillers and slasher films. And, after ten tracks and nearly fifty minutes, I had discovered that Luxembourg-based Thrash Metal is a thing, and that they will no doubt help rise their respective genre back up out of the obscurity that Thrash Metal has been slowly ascending from since the late nineties.