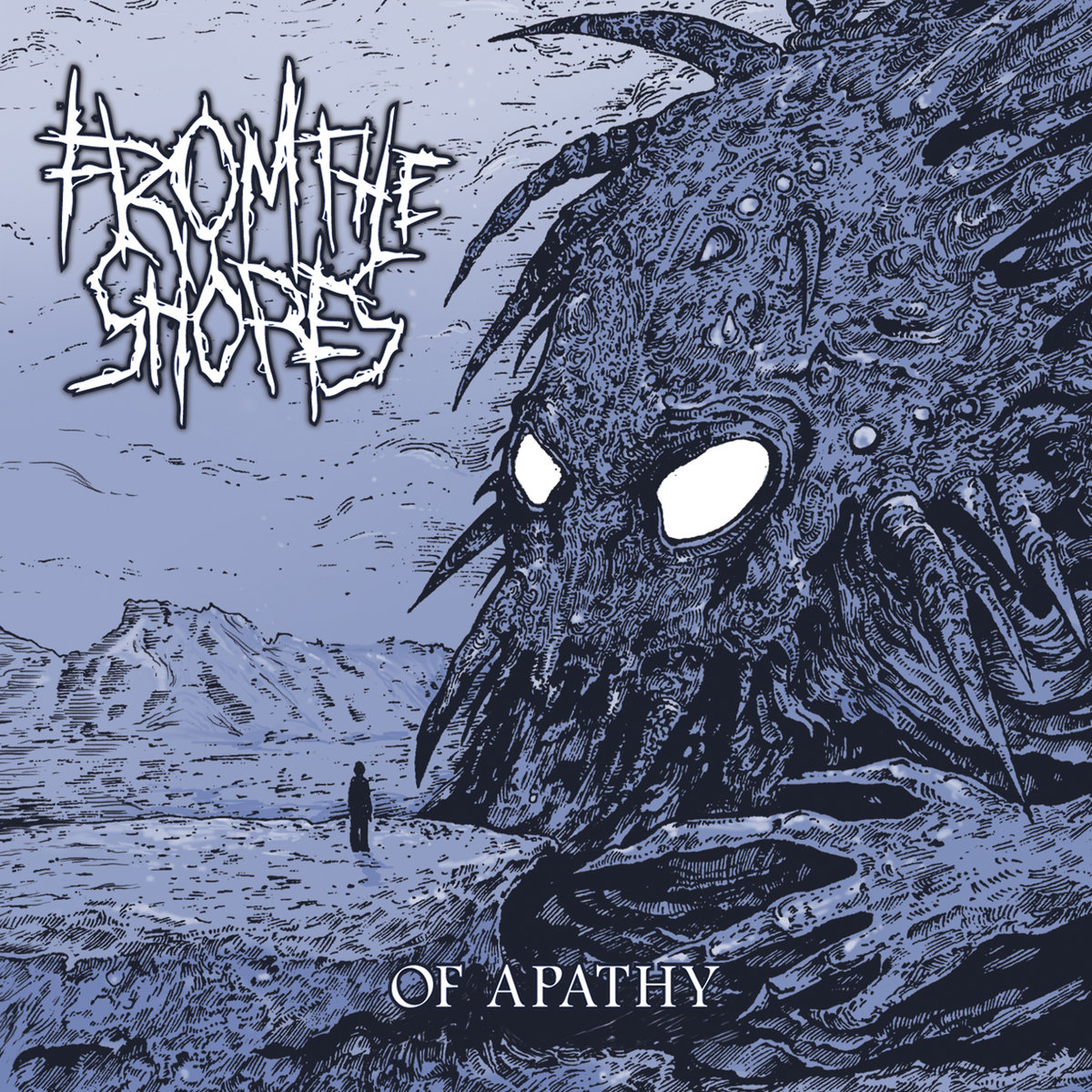 Founded in 2008 by five Italians with a penchant for lyrical themes revolving around pain and death. And, in order to convey this to a suitable audience, they have chosen the Melodic Death Metal approach to use as their backdrop. Their chosen moniker is From the Shores, and their second (and most recent) endeavour carries the name Of Apathy; Thirty-seven minutes almost to the second divided across eight tracks, an intro and a single interlude slightly more than halfway through. Now, that would be the shortest, most efficient way to explain both the album Of Apathy and, to some extent, the band behind it. However, this explanation is, in my own opinion, not satisfactory: Because it fails to answer if From the Shores delivers any modium of a good performance. Again, the simple and short answer would be yes; This is not surprising, since the Italians have always been good at catchy melodies and a general flow in a track. This record is no different, with all of the tracks being well-performed, catchy and riddled with both powerful and prominent growls, underlying guitar riffs as well as the occassional solo and, of course both a strong, efficient bass track and a rapid-firing drum in order to chain it all together and give it depth. All in all: The band does not only seem to be fans of the old-school Gothenburg Metal scene, they are also worthy contributers and spiritual successors to it (albeit, if the old definition is to be followed, they have to be of Swedish descent to qualify. But I digress). The tracks vary greatly in length from the shortest raking in a small three minutes with the longest (as well as last) song on the album spanning nearly three times that much, as eight-and-three-quarter minutes. For a second release, Of Apathy is a very good one: But then again, From the Shores did also spend eight years perfecting their sound before unleashing their own version of Melodic Death Metal upon the world. Now, sadly, I have not had the pleasure of listening to their first record prior to spinning this one, but then I suppose that is inconsequential: Tracks such as ”To Rest in Arms of Perfection” are four minutes of text-book melodious Death Metal the likes of which made the early 2000’s famous. And as such, I would recommend From the Shores to any fans of the legends of that previous decade, many of which are, as stated above, Swedish. But From the Shores proves that this genre is not bound to the Scandinavic countries, and once again proves that rhythm and catchy solos are two things that Italy does in abundance. And if want to hear them show off, listen to the interlude ”Opus XIII” – It carries that name for a reason.

Recommended for fans of mid- to late In Flames, Angela Gossow-era Arch Enemy and late Carcass.