Rise To The Sky – Every Day, A Funeral 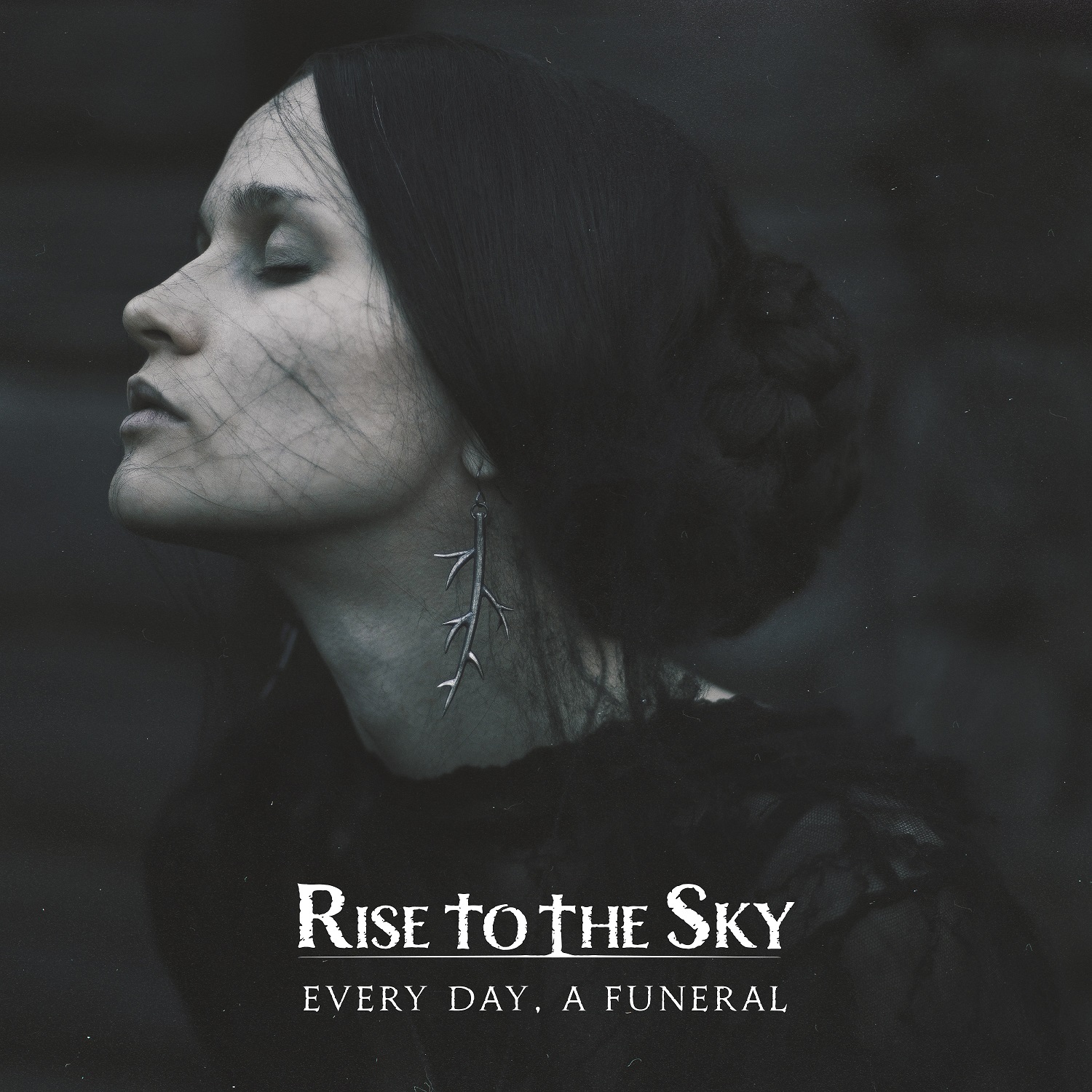 Rise To The Sky is one of those pleasant surprises that pops up every now and again – A band just up my alley that is well-established, talented, with a clear concept and overall approach in mind who (most importantly) makes great music. While I do have several bands of whom I consider myself a fan and for whose music I will go out of my way to support and buy merchandise for, I tend to know what these people are capable of and discover in advance whenever they book another tour, release a new album or similar. Rise To The Sky, however, hit my right in my blind spot, being a band completely new to me whose newest release, Every Day, A Funeral, blew my out of the water.

Rise To The Sky is a one-man act founded back in 2019 by Chilean multi-artist Sergio G. Catalan in his first (from what I could find) official outing as a Metal musician. And since founding his one-man musical army a mere three years ago he has released a staggering five Full-length albums and two Eps – A very impressive feat I so far have only seen matched my his US contemporary Sadness.

Unlike Sadness however, Rise To The Sky focuses on a slightly faster boil, despite still being both slow, heavily atmospheric and nearly violently oppressive – A natural consequence of mixing together both Atmospheric Doom Metal with equally Atmospheric Death Metal to create forty-two minutes of tranquil trepidation. To me, Every Day, A Funeral would be a perfect backdrop for an evening in a shelter high up on a mountain, whiskey in hand as the sun sets on the distant trees; Feeling the weight of the world even as the day ends.

Now, the beauty and appeal to me when it comes to music like this is that the focus is places solely upon the atmosphere and the story being conveyed (in this case seven seemingly unrelated ‘letters of farewell’), meaning that the pacing is kept very slow with what few instruments that are being used (guitar, drums, bass and some keyboard as far as I noticed) compliment this by being played equally slow and with simple chords, barely even riffs. Honestly, aside from the track ”Abandoned” I would barely even claim that there was any real build-up throughout the albums runtime, instead adding layer upon layer to the inveitable dread and misery of the world. And naturally, I enjoyed every last damn second of it.

All seven tracks average in length between 3 and a half minutes up to nine minutes – The longest by a somewhat wide margin being the title track. While it wasn’t my favourite track per se from the record it is still very good and served as the logical first Single from the record. And since it expertly shows off what the band is capable of, I naturally am including it here for you to make up your own mind about this new up-and-coming Chilean one-man band.

Recommended for fans of Sadness, Saturnus and early Eye Of Solitude.