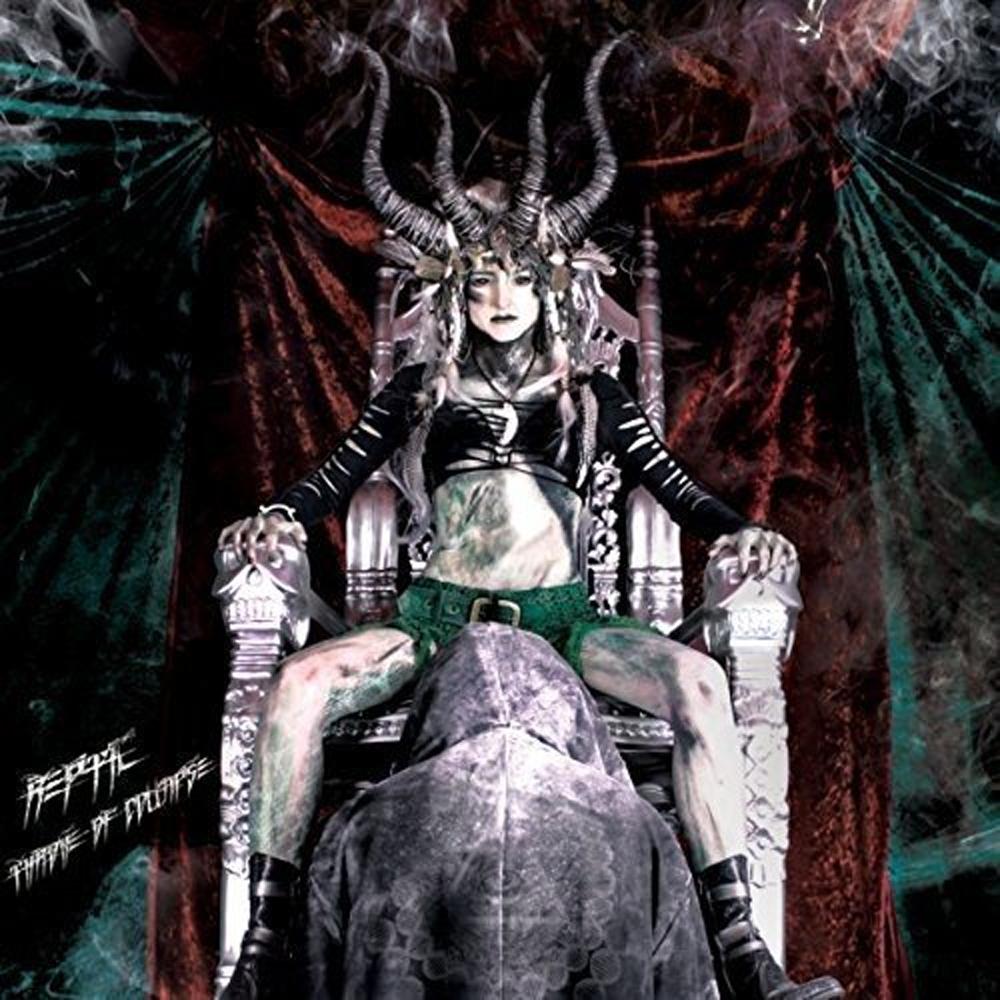 Reptil is an industrial metal band from Germany. It consists of individuals who have conjoined to create the music they love, but also with a purpose of liberating and returning each individual’ autonomy.

With its debut 9-tracker, entitled Throne Of Collapse, the black-blooded creature takes us to the metaphysical worlds. They are doing so with some brutal sounds combined with spiteful grooves as well as filigree and extreme electronic elements alongside cinematic soundscapes. Thus, one can hear a mix of thundering drums, choopy electric guitars, bombastic and staccato riffing etc. Lyrics are provocative and longing for freedom, equality and independence of each individual.

“Reptoil Inc.” is the first real opener of this album; being very effective, sophisticated, dramatic and intense song. The song is heavy on the pounding bass and drum beats and at the end the song which finishes with screaming vocals.

“Monolith” on the other hand is an epic track consisting of all the necessary ingredients depicted above. The monumental “Throne Of Collapse” is a self-titled song that is by far my favorite on this opus. It perfectly blends the elements of epic doom, trance and industrial metal. Together with the epic ballad “One World One Nation” this particular song is the albums’ more spacious tune.

“Soulride” starts off with heavy and thundering riff and raspy and powerful vocals. This song has this recognizable trance touch to it. “Quantum Trojan” is another song worth of your attention, as it starts off with this beautifully heavy bass looping, chanting vocals and pounding drums. “Beyond” is the album closer, starting of slowly and with a mesmerizing trance sound. A nice closure for this solid debut effort from Reptil.

The production is modern, crispy and just as supposed to be for thi skind of a release. Cover artwork, incl. booklet, on the other hand is filled with horror imagery perfectly capturing the whole idea of this band.

Although there’s a certain Marilyn Manson vibe to this, I wouldn’t say that this is yet another rip-off band! Esp. recommended for fans of Nine Inch Nails, Rob Zombie, Marilyn Manson, Ministry, Fear Factory, Mnemic, Rammstein and such.

For further info on this hard-hitting German-trio go to; http://reptil.com/