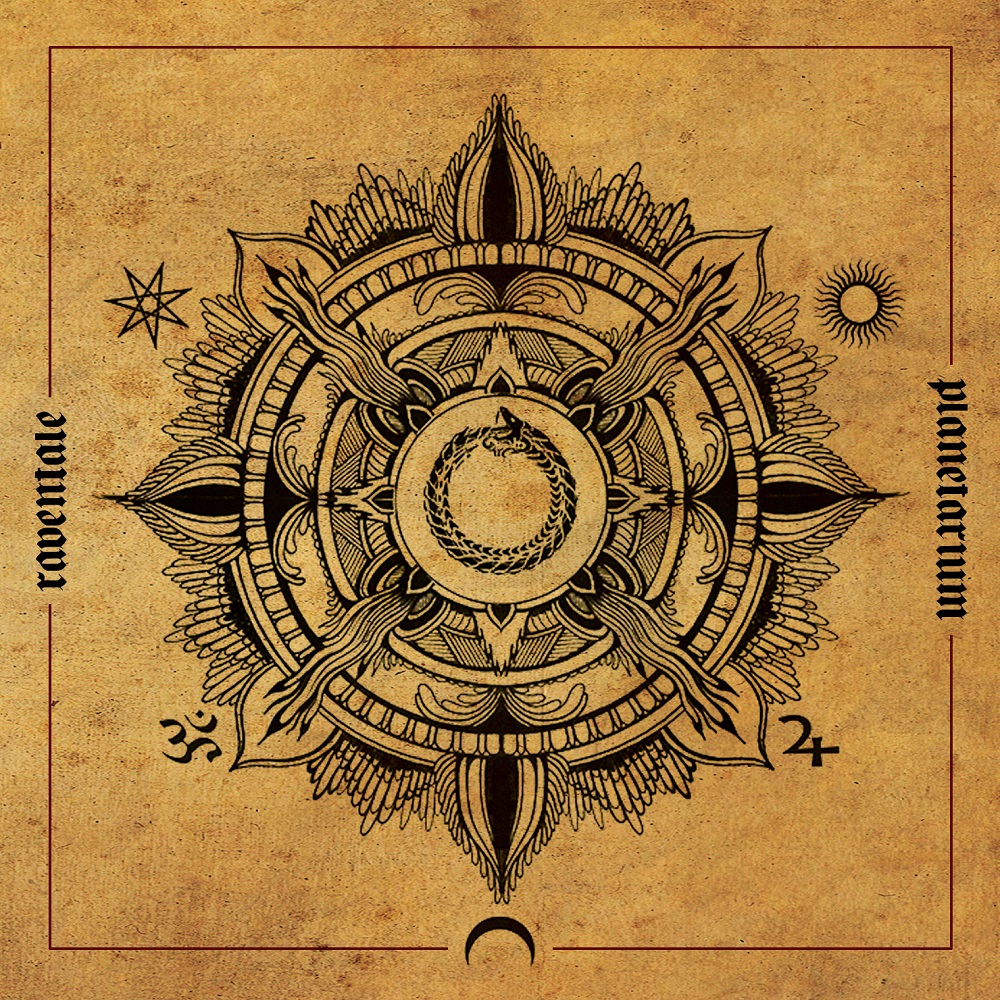 It is very rare that I get the opportunity to get my hands on records from Ukraine, but those few that I have had the pleasure of spinning on my stereo have usually been a great succes. So when I saw that Raventale is not only an accomplished band with several releases under their belt (an impressive eight full-length releases over a twelve-year time frame), but that they happen to play a very atmospheric version of the more traditionally played Black Metal, then I knew that this was a band that I had to investigate further.

Their newest release (I use the term ‘their’ loosely in this case, since Raventale is, officially, a one man band) is entitled Raventale and it consists of four individual tracks, which add up to nearly forty minutes of music. And what music they convey.

While not nearly as atmospheric nor as melancholic as some of the more intense bands out there, Raventale instead opts to walk the narrow path of the more traditional Black Metal approach, coupled with several strong Doom Metal antics – Such as the slower pace, the gravelling vocals and a sense of a whole. Nothing in any of the four tracks present on this record seems out of place, nothing seems random or as a compromise: A clear indicator of a one man effort, one might surmise. Astaroth Merc (as the mind and hands behind this band calls himself) seems to have a strong sense of what he wants his music to sound an feel like – And since he has both the talent and the experience to perform on every instrument, only his creative vision hampers what this band could be.

While I must admit that I was intrigued already from the get-go (see my description above), I will in the same breath testament to the fact that what truly made me consider this band to be noteworthy was the track ”At The Halls of Pleiades”, one that I have sadly not been able to find online as of yet.

It masterfully combines the bands bleak musical attributes with a concept of divinity (the Pleiades being the seven companions of Artemis in Greek Mythology) and delivered in a powerful, coherent performance. While one could argue that the fewer members a band has, the less input would be added to the music, in this case the opposite is true: Raventale is the vision and aspirations of a lone musician, and his take upon what to add to the musical venues of the world fits together quite well with what I would like to see (or more precisely, hear).

While I cannot, sadly, link to my favourite track from this release, Raventale has been kind enough to release the track ”New World Planetarium” as a single, and it is well worth a spin as well. A link can be found below, as always.