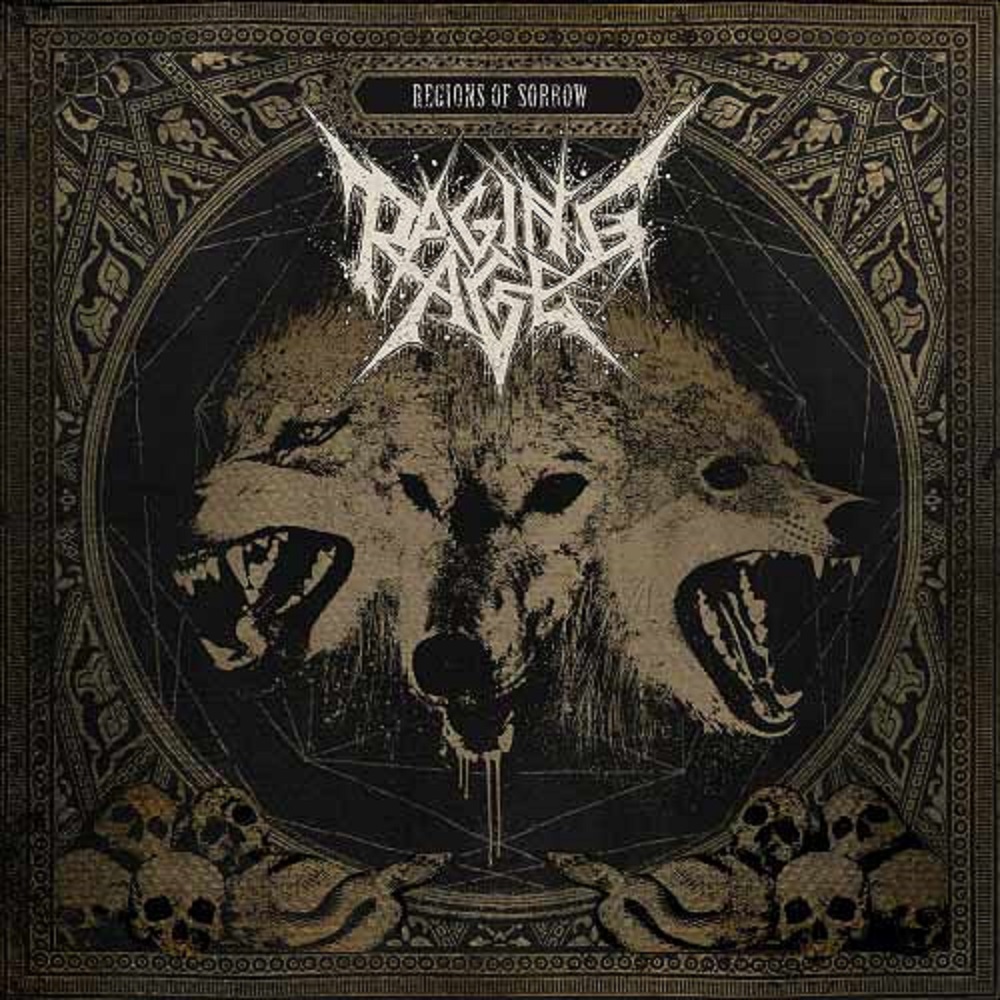 Regions of Sorrow is the debut album of the Italian Melodic Death Metal band Raging Age, which is a band that has been active for the last five years. This particular album was released two years into the bands career, and these two years clearly show in the quality of the record. To be honest, I should not have been surprised that Regions of Sorrow compelled me as much as it did; After all, the Italians have always been good at the melodic and symphonic genres, Melodic Death Metal not being an exception. But I digress. Returning to the matter at hand compels me to inform all of you that this album contains ten tracks, two of which are instrumental interludes. Overall the running total of the album in its entirety lasts forty-three minutes and some various seconds, all of which fit together quite nicely, musically at least. An overall lyrical theme does not seem to be something Raging Age has focused upon in this particular instance, although some preferences can be found in the inclusion of several mythological aspects on Regions of Sorrow. The most noticeable examples include Cerberus (referencing Hades of Greek mythology), In the Gloom of the Cave (which seems to illude to Medusa from the same source) and Exhaling the End (which speaks of the fate of Loki from Norse mythology). All three of these tracks are very good, relentless and catchy examples on what the Melodic Death Metal genre has changed into since its inception in Sweden more than twenty years ago. Despite an obvious modern (and personal) twist, however, strong influcences of previous bands from within the genre can easily be heard. The overall distorted sound and feel of the record, for instance, brings to mind several early Carcass tracks, and the general melodious approach touch, given some leeway, be attributed, at least partially, to Dissection (even though the vocal tracks are significantly different from the latter – As a matter of fact, this specific aspect brings to mind Dutch God Dethroned instead). All in all, Raging Age is a newcomer with quite a punch and apparently a strong vision for the future (their own place in it, at least). Regions of Sorrow was quite a pleasant experience, and I will be looking forward to hearing more from these four musicians in the future. And just to illustrate my point, below can be found a link to the track “In the Gloom of the Cave“. Enjoy.

Recommended for fans of Carcass, Dark Tranquility and Dissection.