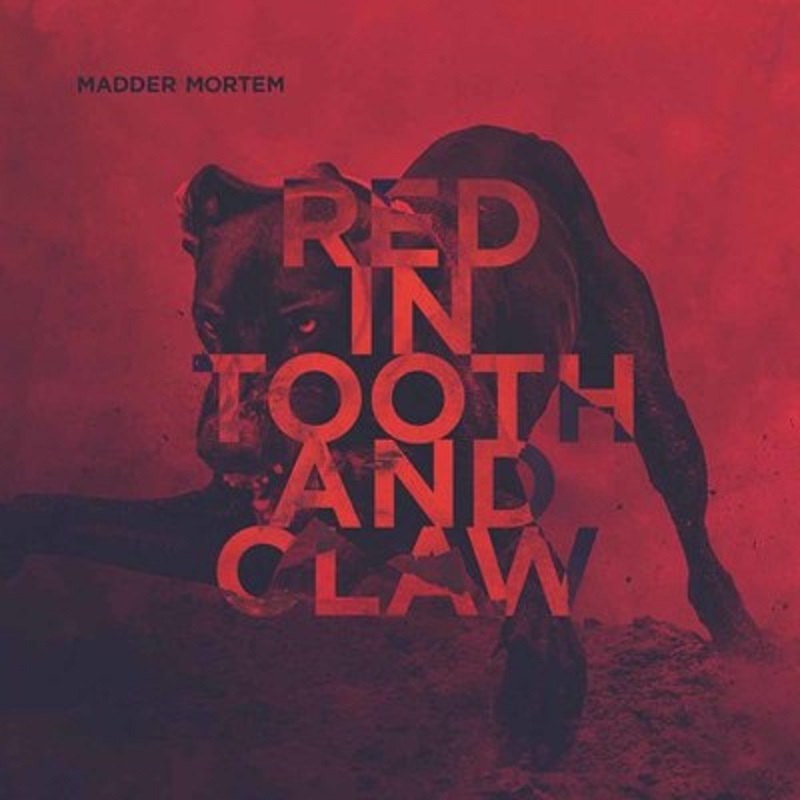 After six years of almost complete silence (barring a Single), Norwegian Progressive Metal band Madder Mortem have made their way by the studio and thrown together their newest full-length record, the first in seven years. It carries the name Red In Tooth and Claw and marks the sixth record the band has released overall. It contains ten tracks and has a running total of nearly fifty-one minutes. Apart from this, I am quite at a loss as to what I can tell about these five Norwegian musicians. Musically, Madder Mortem apparently started out as a Doom Metal act, but has since become more and more Progressive, this being the all-dominant aspect that can be seen and heard on Red in Tooth and Claw. This is a bit of a problem for me, since Progressive music is perhaps the genre of Metal that I have by far the hardest to understand and sit down and enjoy. Mind you, I can easily hear that the female-fronted band are very good musicians; My primary problem with the band (and the genre as a whole) is the heavy emphasis upon the instruments, solos and the like, instead of the overall fell and sound of the music. On top of that, the music of Madder Mortem is significantly different from anything that I usually listen to and enjoy, which no doubt also influences how I view the record (undoubtedly a side effect of my very rigid way of thinking). So overall, tracks such as ”Fallow Season” (which can also be found below) definitely marks Madder Mortem as a competent, dedicated band, and their nearly twenty years worth of experience can also plainly be heard. However, it is not for me; If you are into the Progressive Metal scene, however, I would still advise you to give it a chance.