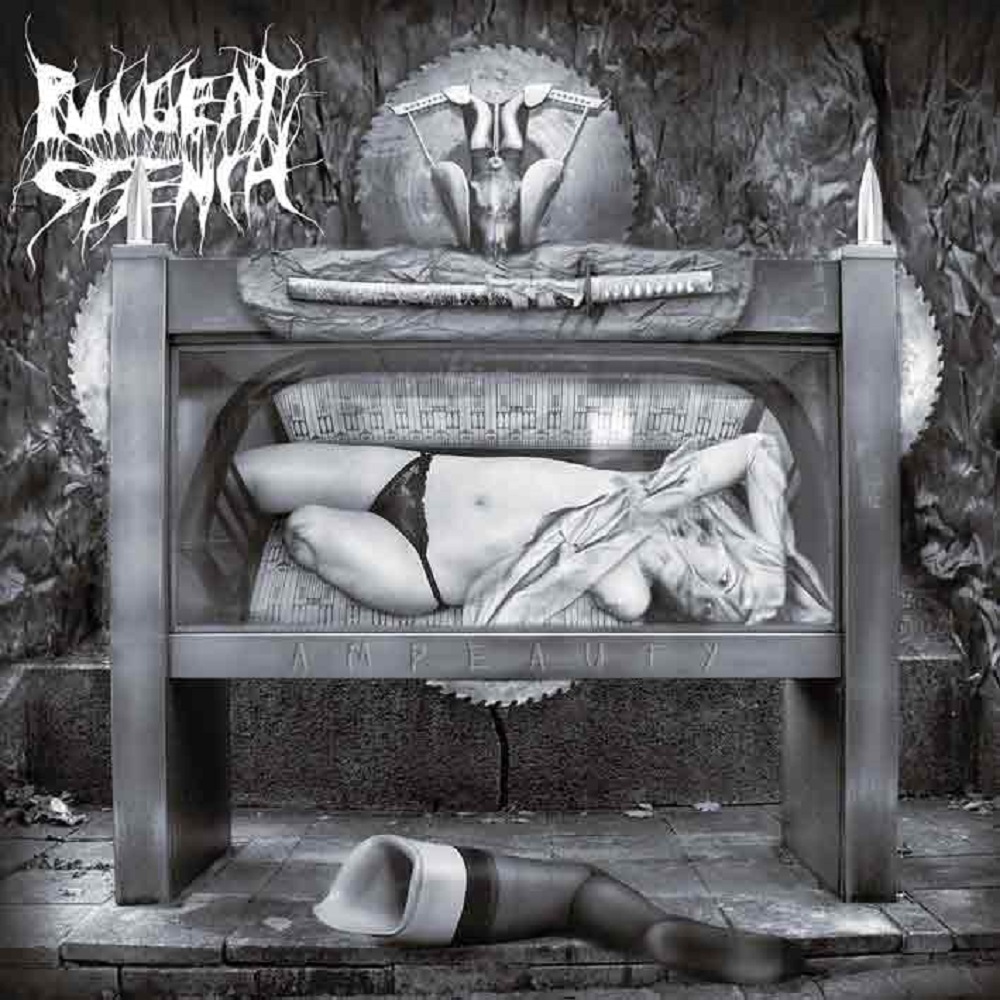 Musically Ampeauty is exactly what you would expect from an 80’s Death Metal band – The melodies are kept slow, powerfully distorted and with a strong drum and bas-line. The tracks (all ten of them) are similar to one another (in the sense that they are clearly made by the same band and from the same album), yet still differ just enough from one another to keep the record from becoming monotonous and stale. This is no doubt due to the many years worth of experience that the band has gathered while active; The three musicians know exactly what they want to create and how to do it.

As it were, Ampeauty is a love letter to the amputated, which both the lyrics and artwork also illustrate (both graphically and to some extent metaphorically). It is done with a great amount of gore and dark humour, making the album both a fun spin and an amusing read, if you are into that sort of thing (which I discovered that I apparently am).

That being said, however, this is still a re-release; And as such it offers nothing new to the world, other than illustrate where the genre started and what directions it can also take. However, since the band still exists in a fashion (see the new moniker at the beginning of this text), and I personally like to revert to the older days (I believe to have stated in many an occasion that I am old at heart), then this album is a welcome addition to my personal collection.

After doing a bit of digging I even managed to find the music video for the track “The Amp Hymn”, a track about how the singer of the track is sexually attracted to the amputated – It can be found below and perfectly showcases what to expect from this Austrian trio. And rest assured, the remainder of the fifty-seven minutes carries the same musical approach and sense of morbidity and perversion, whether it is delivered with humour (which is the case in many of the cases) or through a more somber version.

All in all an interesting take on the genre, one that I do not regret stumbling across, even if it is over a decade too late.