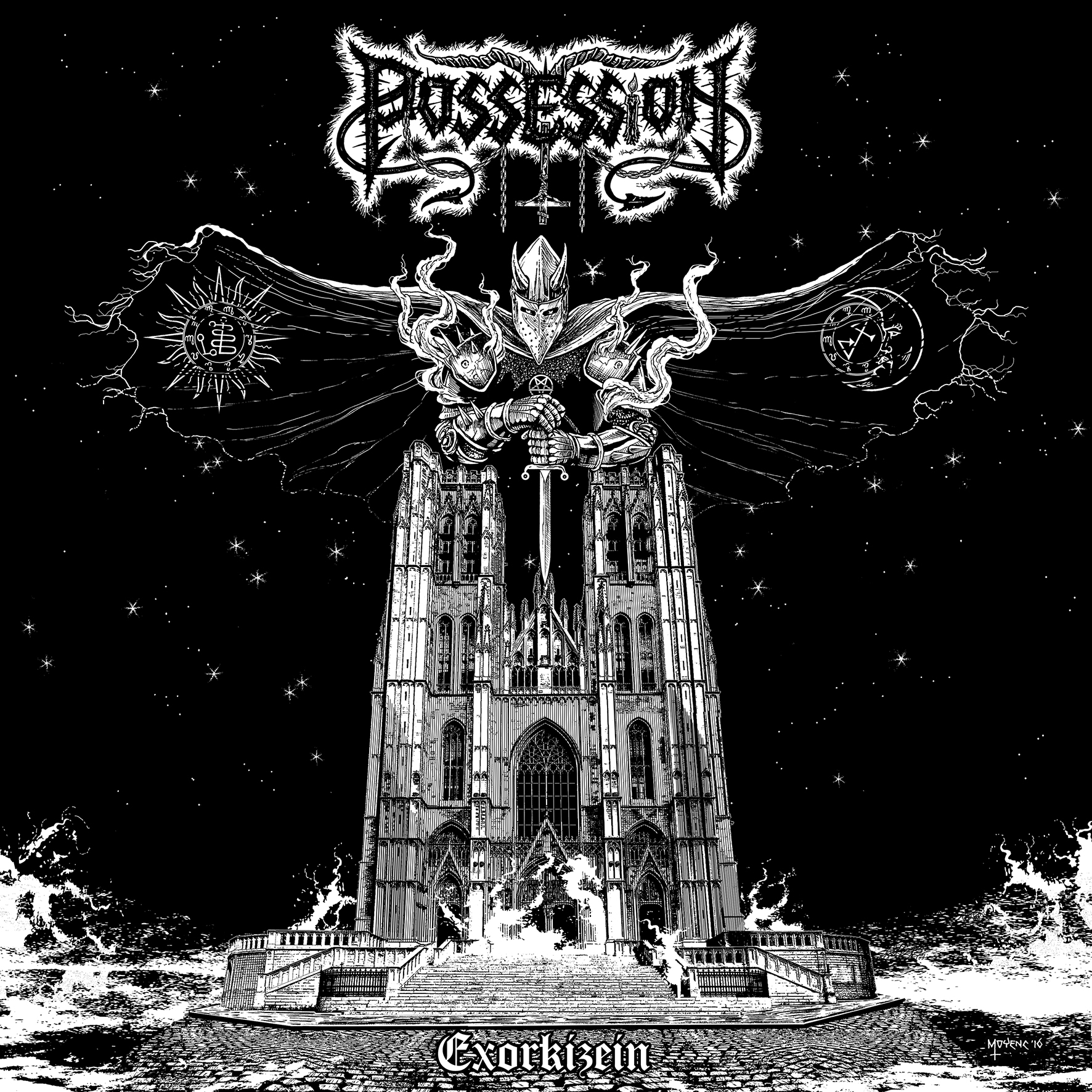 Five years ago four like-minded individuals came together in their native Belgium, hellbent upon forming their own band, apparently with the original intention of it having strong roots in both the Black annd Death Metal genres. Choosing a name that could, traditionally, be found among both these genres, the four became members of a band called Possession. And, true to their name, their lyrical influences revolve around being possessed, withcraft and demons in general. And once again, musically, they draw heavily from both their musical influences; The distortions, ambience and gravelling vocals from Black Metal, combined with the up-beat rhythms, occassional guitar solo and relentless persecution of Death Metal. Overall, Exorkizein is a very impressive first full-length release – But then again, what else could one expect from a band who dedicated their first five years of their life to perfecting their sound prior to actually releasing an entire record? Overall I would say that Possession has taken the same approach to their sound as Dissection did nealy twenty years ago. They have done their utmost to fuse two radically different Metal genres together, and to do it in a manner that does fans of both genres justice – And as far as I am concerned, they have succeeded. Sure, their music is more rough around the edges than their Swedish counterpart, and it is definitely more distorted and ‘cranked a bit closer to eleven’ – But otherwise still a great creation. On top of that, they also threw in a short introduction, in order to set the scene and atmosphere for Exorkizein; And it does just that. While it is still clearly an album consisting of six very individual tracks as well as said introductional, it also has the overall feel of an album. Each song clearly comes from the same album, yet can also easily stand their own. ”Infestation – Manifestation – Possession” is definitely my favourite track from among all seven present, since it shows off exactly how relentless and consistent Possession as a band can be – Sure, it lacks some of the more religious atmospheric and symphonic elements that tracks such as ”Beast of Prey” and ”in Vain”, which also has its charm; But to me, the band truly shines once they have built up momentum and refuse to back down again. As is quickly becoming one of my all-time favourite conmplaints, I would like to point out that at just below thirty-seven minutes, Exorkizein is sadly a bit short. But definitely worth every second.

Recommended for fans of Dissection and God Dethroned.