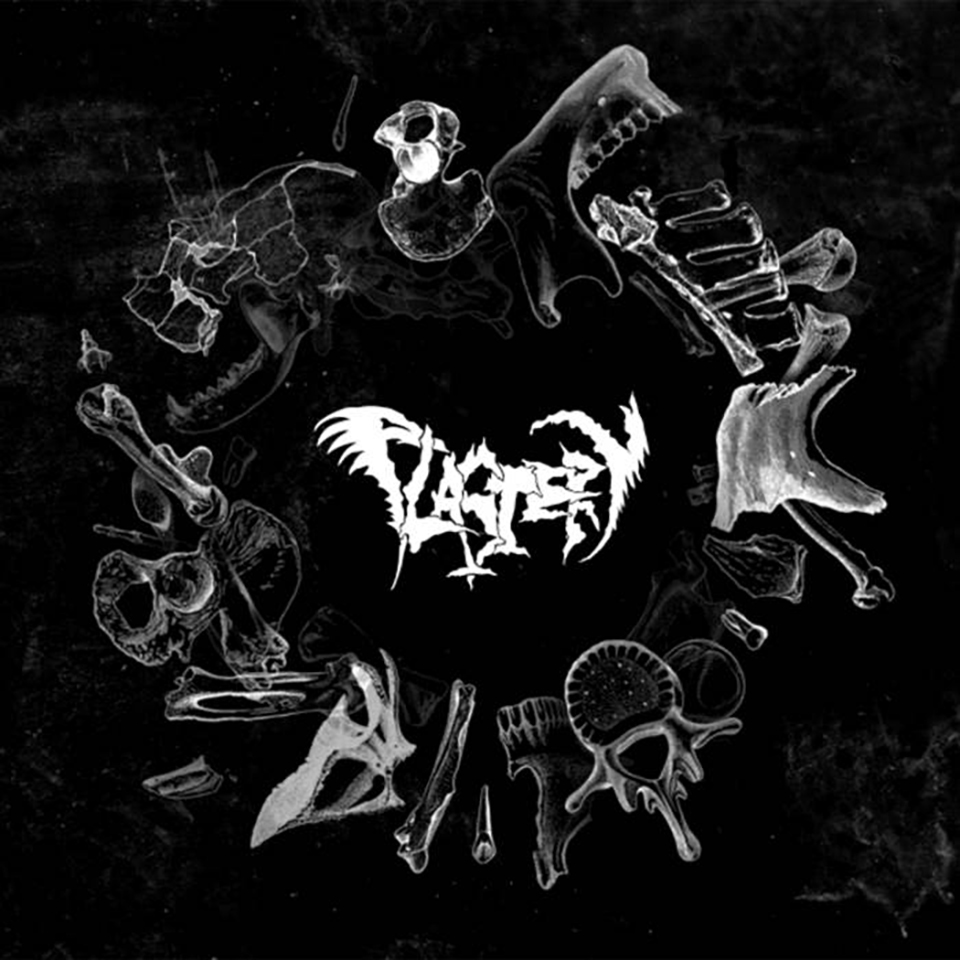 Where to start with this review other than with a short presentation to this rather obscure and extreme band from Slovakia?! Plastery is a horror/death/grind-core quartet from a town of Zvolen. Yes, Of Corpse is, as the title suggests, an obscure, extreme, rough yet funny piece of a death metal sonic assault. It contains eleven full-fledged death/grind metal tracks and two bonus songs that are available only after the purchase. Most of the tracks are obviously very short, as the whole album clocks in at just 30 minutes. This second full-length album from Plastery starts off in a slow and almost funeral-doom manner, for soon after to explode with more demonic and angrier parts.

The cheerful lyrics, often written in the form of a story, are mainly done in English, with only exception of a track called “Papek v hlave”, frankly – a bit misplaced here. The tempo is full of changes and variation, something I didn’t expected from this type of a band. There’s this horror dark & chilling atmosphere through the entire record. I particulary enjoyed superb bass-lines and likewise varied hooks and forceful and driving guitars. A track called “Real Halloween” features a guest appearances from Benny Silver (voice) and Lea Bear, Mrs. Doktor (choir), while on “Area 51” there’s a guest performance by Marturos.

For some obscure reasons I enjoyed very much listening to Yes, Of Corpse. At least I can say that was overwhelmed by a raw force and convincing style that this album left on me. Furthermore, Plastery as a band, appears convincing, mature and dedicated, considering the genre they’re playing.
The last point that contributes to the positive impression of Yes, Of Corpse is the great production, something that’s unfortunately not often seen in this part of Europe!

If you’re a fan of intense & bone-crushing death metal too, then I can highly recommend this Slovakian band for a further exploration. Btw. Yes, Of Corpse can be heard below, in its entirety.

Band contacts and further info on this particular release at https://plastery.bandcamp.com/