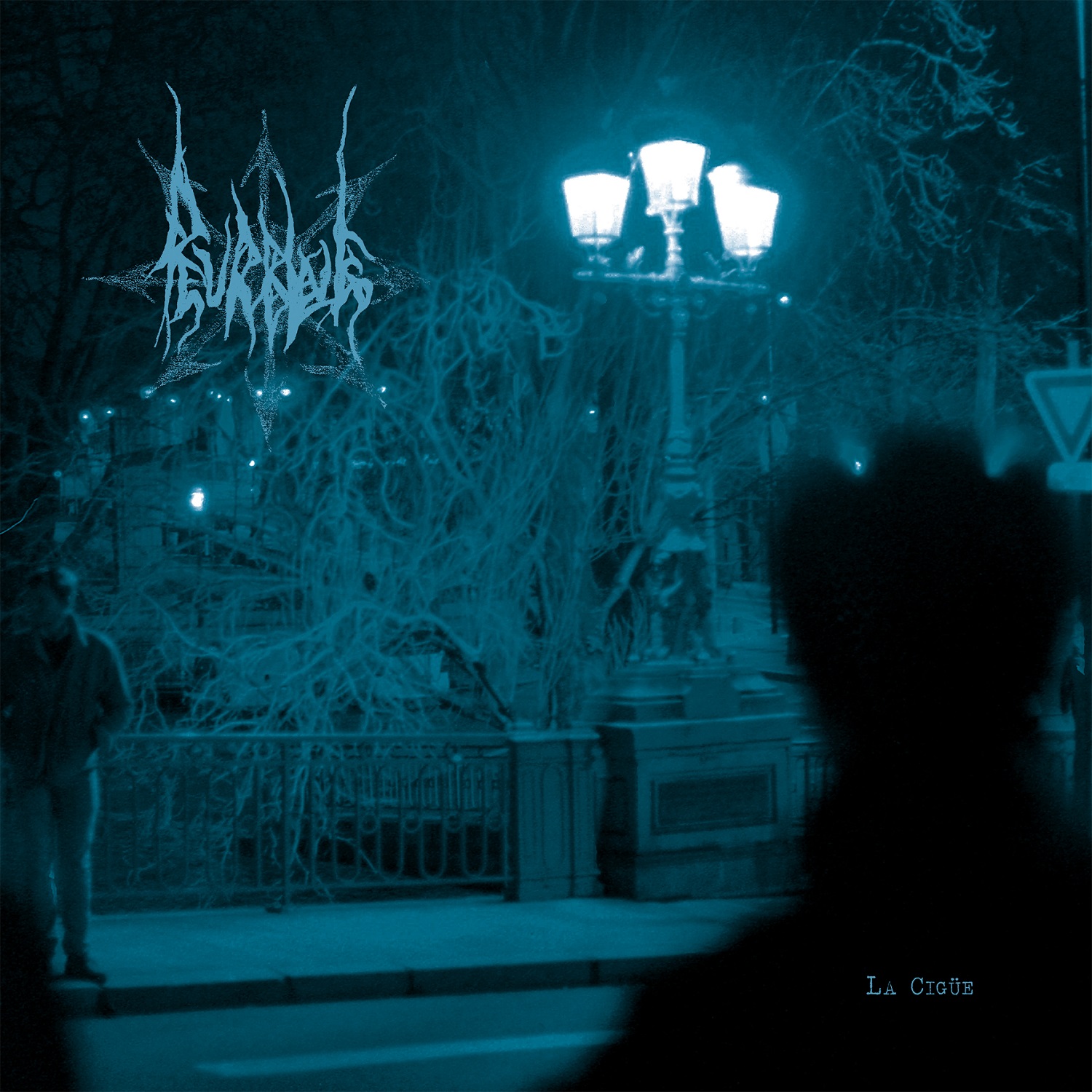 Peurbleue (which roughly translated from French means ‘Blue Fear’) is a French Black Metal duet who has recently partnered with Les Acteurs De l’Ombre in order to release their debut album, entitled La Ciguë (which I sadly could not find an online translation for – Curse my lacking lingual abilities!) The band themselves add the moniker ‘Haunted’ to their genre description, making it Haunted Black Metal – A somewhat apt description if I do say so myself, seeing as how the entire ten tracks long album seems to be a concept album in the vein of Atmospheric Black Metal, yet with a strong malevolent and ever-present sinister vibe to it; In this case created by adding organ-tuned keyboards to the mixture as well as numerous soundbites, including ominous speaking phrases, the chirping of carnivorous birds and the like – All in all, I got a strong sense of oppressive despair radiating off the record, almost akin to walking through a cemetary while lost in thought over the meaninglessness of it all. And I find it very appealing.

Overall I am reminded of the ‘Horror’ bands of days past, especially when stumbling across tracks such as ”Caniveau” (which apparently means ‘Gutter’) with its powerful audio landscape, pulling us out of the cemetary we previously found ourselves in and throwing us headfirst into the schreeching wall of sound that is the current human condition – The daily grind of it all (at least in my interpretation).

Now, whether or not I do not speak French might or might not work in my favour in this case, seeing as how I no doubt read a lot more inbetween the lines than I otherwise would. However, I cannot help but think that might have been the intention from the musical duo behind the record, seeing as how the vocal track, in many ways, are used more as an instrument in its own right rather as the focus point of the whole performance (one of the reasons behind my comparison to the Atmospheric Black Metal scene a few paragrahps ago since this is a common strategy within the genre). But I digress.

Regardless of whether or not my mind might have taken me off the rails a few times across the thirty-two minutes long playtime it is undeniable that it managed to draw me in and keep me intrigued throughout – It feels like a while ago since I came across a record that managed to drown me in their atmosphere in such a unique manner. Below can be found the record in its entirety (my personal recommendation will remain ”Caniveau” but the album as a whole is definitely worth a spin), courtesy of the record label, so no need to take my word for it.

Recommended for fans of Cepheide, Austere and Dawn Of A Dark Age.