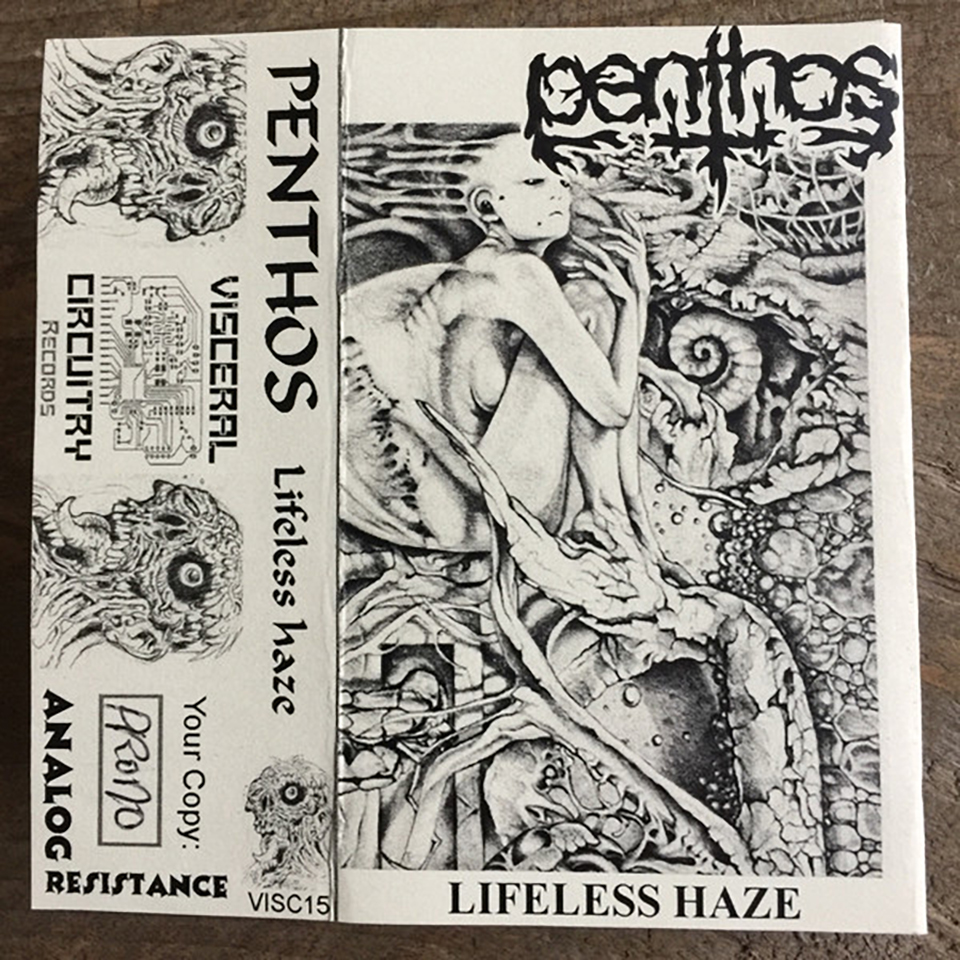 Penthos is something as rare as an oldschool Death Metal act, of the sort that specializes in keeping their music dirty, gritty and riddled with aggression. As of the time of this writing, the band has been around for eight years and has released two Demo’s in said time. The newest of these is a four-piece record entitled Lifeless Haze. While the band did record the four tracks as far back as in 2014, it did not get an official release through Visceral Circuitry until earlier last year (on tape no less, keeping in line with the oldschool feel).

Musically Penthos is a band that sounds a lot older than it really is – They would have been right at home playing the different venues in Britain back in the eighties, perhaps even serving as the warm-up band for their kinsmen Napalm Death, whom I suspect have at least a small amount of influence on the overall sound of the band.

All in all, Penthos is a band dedicated to keeping the ‘original’ Death Metal sound alive, and as such does not offer anything new to the genre as a whole. Instead, I would say that they serve as an escellent reminder of what Death Metal used to sound like, as well as cater to fans of bygone times (such as myself). Although it should be noted that the title track does have quite a psychedelic feel to it. Consider yourself suitably warned.

Four tracks, almost twenty minutes. A must-have for fans of early Napaml Death, Obituary and, to some extent, Entombed. Below the first track on their newest Demo, entitled ”Black Death” can be found. I recommend giving it a spin.