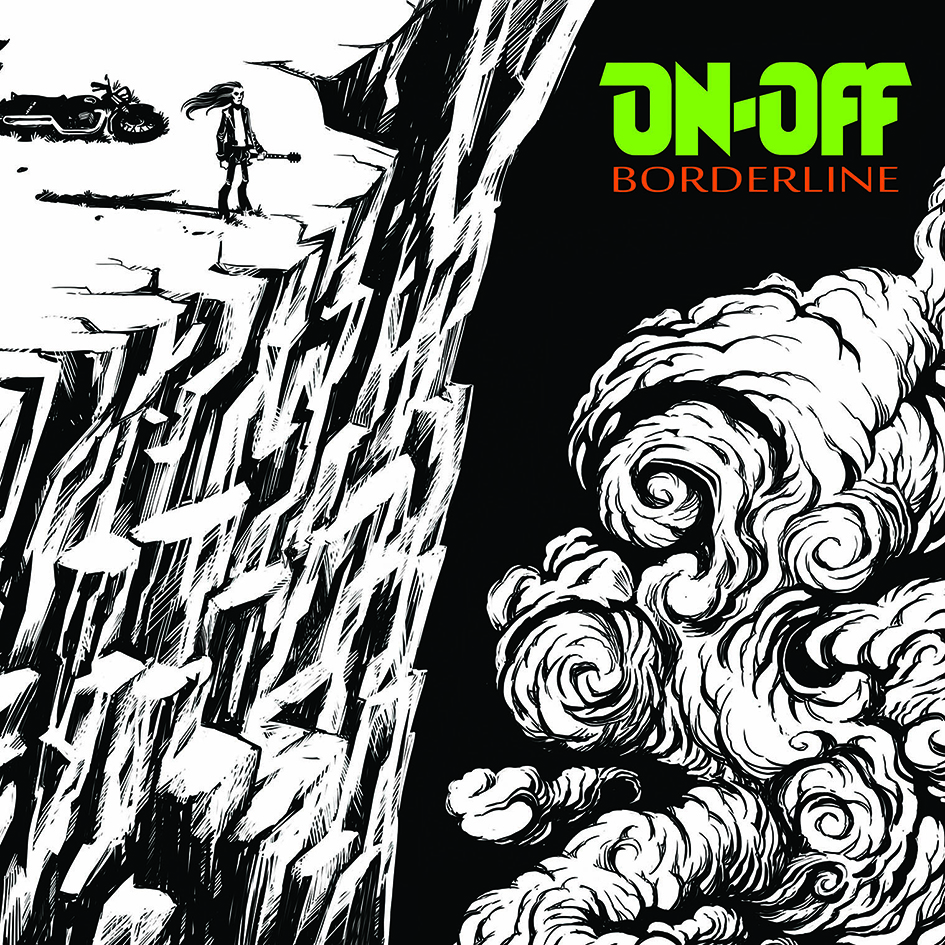 When you type ‘On-Off’ and ‘Borderline’ in any web search engine the only results you get are about mental illnesses. On their label Buil2Kill there’s some info on the band, but all in Italian. Thus, what you get here in this relatively short review is my own opinion entirely.

On-Off is one of the best rock ‘n’ roll bands on the Italian scene. As said before, my knowledge of this band was pretty limited prior to listening to their third album, released earlier this spring. The album is entitled Borderline and it consists of 12 ordinary and one bonus track “Blue Balls”. A man responsible for the production of Paolo Dal Broi, already responsible for the sound of Punkreas.

So, what can we expect from Borderline? The album is very much done in the typical rock ‘n’ roll style of the late 70s and early 80s and therefore also bands such as AC/DC, Airbourne and similar rock giants of that era. The whole album is riff-driven, but it is rather simple and engaging. Vocals on the other hand are sharp and never sour, very convincing in its delivery. I also obviously liked the atmosphere and whole old-school vibe of this record.

Meanwhile, the biggest con of this opus is the fact that almost all of the 13 tracks are in the same moderate level and ditto tempo. In other words; there’s no that much diversity and innovativness to be found here. Moments where they try to incorporate new sounds like in a track called “Washing Machine” are few but very welcomed. Esp. nice rhythmic riffs and almost creepy drum and bass lines sound good. Of other interesting songs I would just mention the closing bonus track “Blue Balls” which is more or less a bluesy song with nice intro and engaging chorus. Put shortly, the album lacks some higher pace and more aggressive approach.

Summing up a bit, Borderline is a well done record in terms of composition as the band definitely knows how to entertain the listener with its rhythms and its riff but undoubtedly, that bit of aggression more, would have helped a great deal to make it awesome record not to be missed.