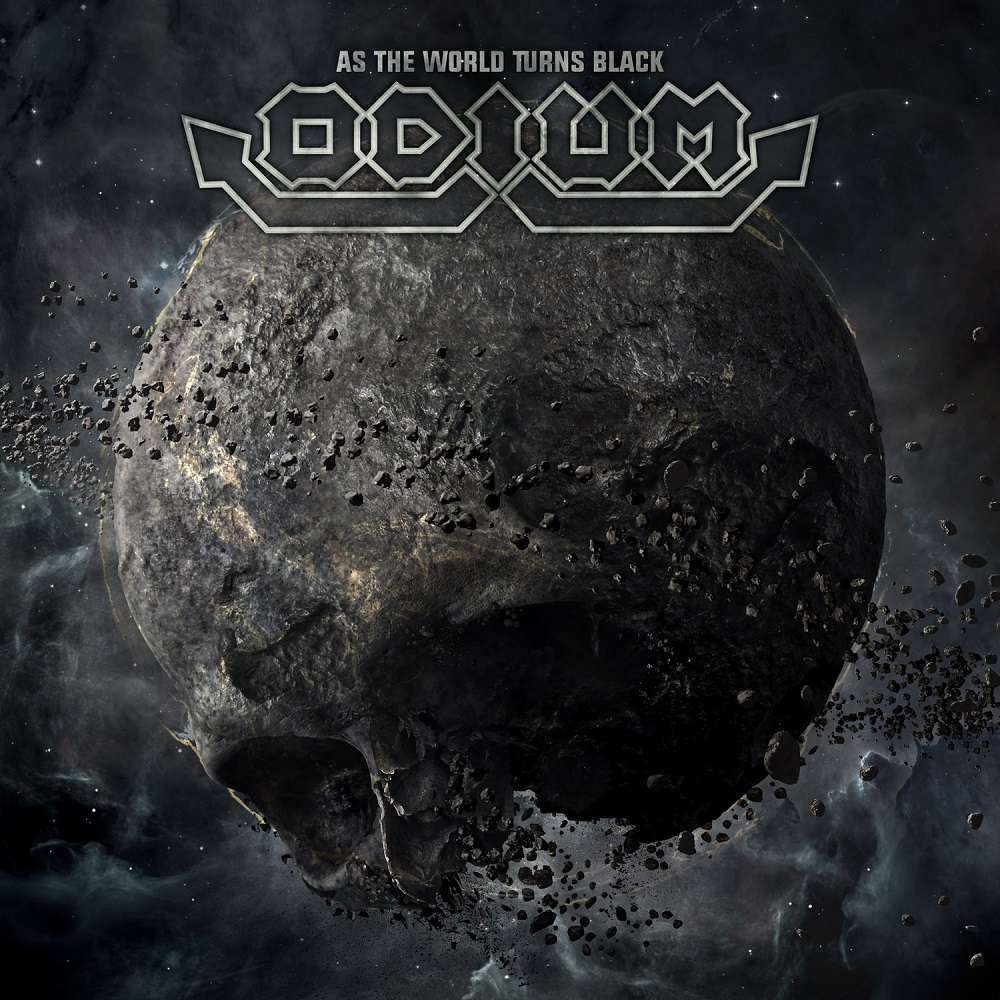 Odium is, I am sorry to admit, one of those bands that I should have discovered on my own a long time ago – And since the German Thrash Metal quintet has been around for a quarter of a century, I have had all the time in the world to do just that, and no excuses to the contary. But no matter, better late than never.

As The World Turns Black marks the eight full-length release of the band and, if it is any indicator as to what their previous albums sound like, serves to tell the story of a band obsessed with murder, death and the act of killing. This is evident both by the lyrics present on tracks such as ”The Point of No Return” and the bands name (Odium being latin for ‘Hatred’, according to Google).

Musically, As The World Turns Black definitely seems to be a product both of the band and the time during which it was written. Odium overall has the feel of a old-fashioned Thrash Metal band, yet the nine tracks on their newest venture seems to be a bit… Down-played. Do not get me wrong that is not a bad thing, but if you, like me, walk into Odium expecting an early-era Slayer performance, you are in for quite the surprise.

Instead Odium takes a slower, more melodius approach to their music, keeping the aggression and lyrical brutality one might expect, but superimposes it atop a more Heavy Metal-like musical frame. Not a bad call, it makes for quite an enjoyable album overall.

All in all, this record consists of forty-three minutes divided across nine tracks, each one as addictive and easy-listenable to as the next Perhaps not my first choice when trying to whip up a mosh-pit, but Odium is definitely a band that I will be digging up and playing at my next party.

Recommended for fans of late-era Accept.

And to attempt to prove that, please find embedded below the track ”The End of Everything”.