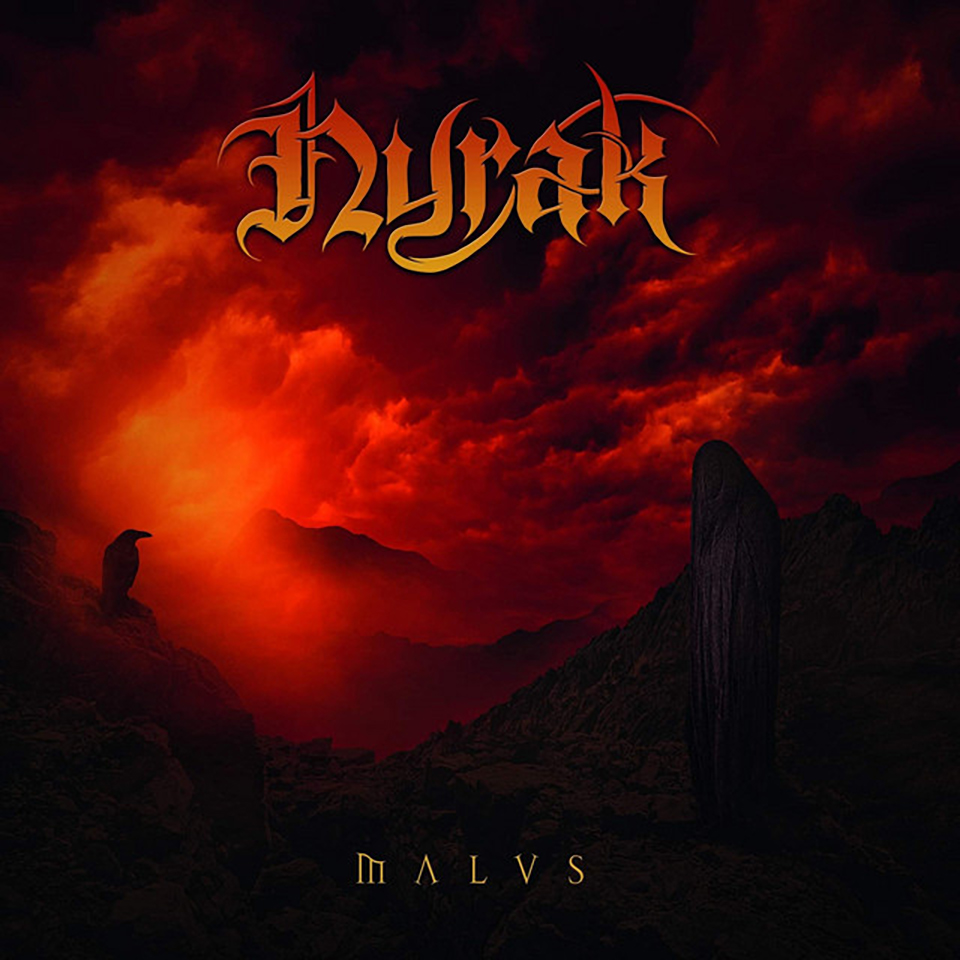 Belgian-based quintet Nyrak is an Atmospheric Black Metal band in the vein of Sunken, Cepheide and Diadem Of Dead Stars in numerous ways aside from merely the fact that all three contribute to the same subgenre of Black Metal.

First of all, there is the heavy emphasis on atmosphere, created through liberal use of a wide array of instruments, vocal styles and soundbites – Musically, Nyrak succeeds in creating a ‘wall of sound’ around the listener, aying out a massive soundscape using the methods described above in order to drown the audience in its world, built brick by brick equally by both storytelling and emotional build-up – Two of the approaches that keep me coming back to this particular genre, since it makes for a perfect fifty-minute detour into the depths of the human psyche (as I understand the lyrical implications of Nyraks eleven tracks), provided that you give yourself the time to let Malvs envelop you.

Second, despite this record being their first release (full-length or otherwise), it is almost alarmingly well-made, performed, produced and executed (even more impressive since, as far as I can discern, Malvs is a self-made and released record). The instruments are recorded as crisp as you could ever hope to experience, the underlying instruments merge together beautifully and expertly accentuate the vocal performance which itself shifts between growls, clean singing and even near talking parts – And while it pains me to point at any particular track among the eleven present, I will still highlight ”Sight”, not necessarily due to it rising above the rest performance-wise, but more as a showcase of everything the band has to offer (and I would be lying if I did not admit that the violin parts spoke to be in particular, having a weakness for that particular instrument). And just to add an extra layer of ‘cheap points’ from me, they just happened to release an official lyric video to ”Sight”, something I have always been a fan of.

Granted, as I seem to recall having pointed out before, albums by performers such as Nyrak ideally leans itself towards the ‘deep-dive approach’ where you sit down, turn off the light, grab a bottle of your favourite poison and let it play in its entirety as the proverbial hills and dales roll out in front of your inner eye – Or, even better, at the local gig, taking in the sights and sounds alongside fellow fans of the band, of the genre. And while I will adamantly hold this to be the case, I would still recommend anyone even remotely interested in the genre and this somewhat tangental rant to give the albun a spin, even for a single track to and from work, since Malvs is quite the impressive addition to the Atmospheric Black Metal scene, even more so considering that it is their debut album, not even preceeded by as much as a single EP. But then again, the five artists that make up Nyrak has experience from an impressive twenty-seven different bands spread across all members, so I suppose it really should surprise me.

All in all, had I discovered this album sooner this year, it probably would have made my top ten – Just goes to show that I need to work harder to look into new and unexplored bands in the future.