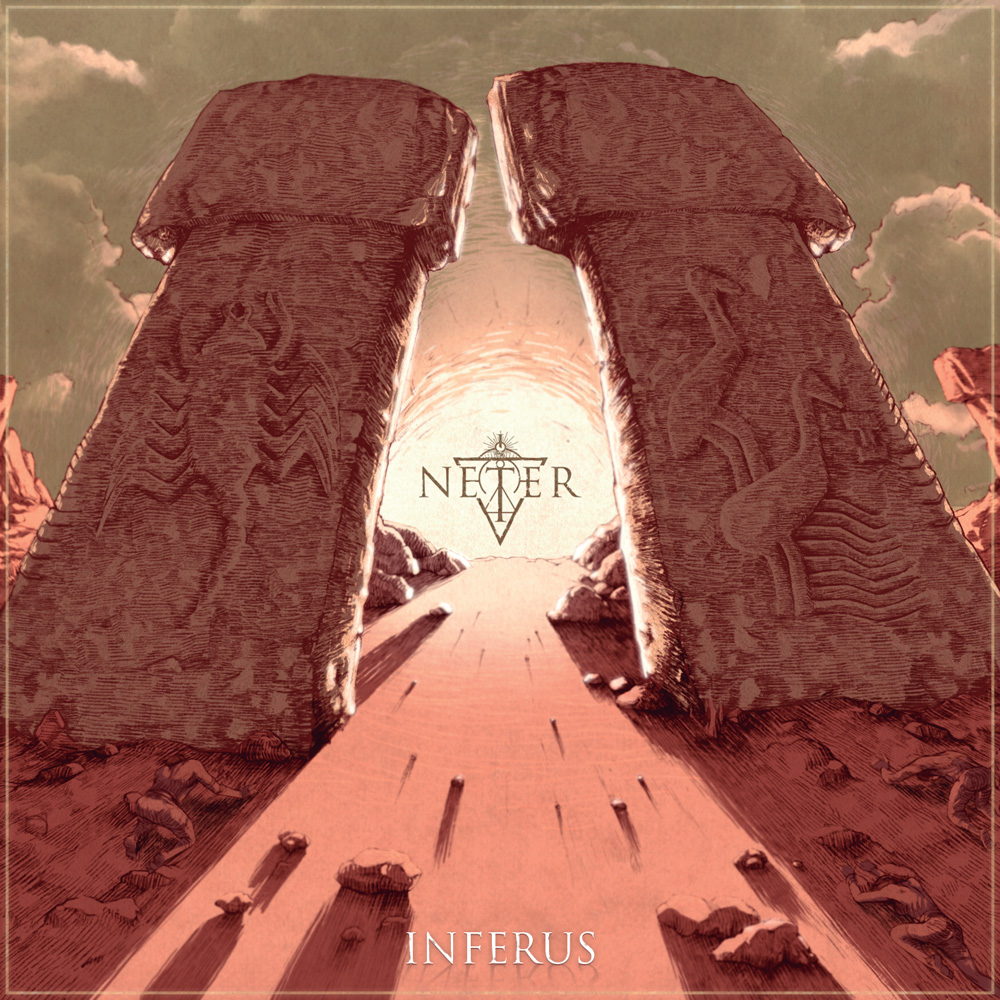 Neter is a Spanish death metal quartet founded in 2004. In the beginning of their musical journey the band played a swedish style death metal, but through the years their sound evolved to a darker sound with a powerful groove and influences from acts like Behemoth, Decapitated, Immolation, Vader, Nile, Hate Eternal etc.

Inferus is this Spanish combo’ third album containing 10 tracks of what I would classify as a potent mix of American and Polish death metal. Most of the songs on Inferus are very mascular, heavy and threatening. Having said that, it is not all about brutality as this is a very varied release, with some exotic nuances, numerous leads, solos and beautiful melodies. When added a lot of mid-paced thundering and dark battering Inferus becomes a varied, fascinating and diverse album.

It feels as the band have replaced all of the weaknesses from its previous releases and cut it down to the bone here.

Equally, I like the striking album art being simple yet beautiful and representative of their sound. Song-writing is also superb and there’s definitely something charming about the atmosphere they create, song-writing and production too. It is as Inferus is one of the albums that gets better and better after each new listen.

My favorite tracks are “The Pillars Of Heracles” (listen below) and “Faceless”, mostly due to its killer riffing, a crushing and punishing tunes perfectly produced. Finally, I want to mention a closing stellar track called “The Eye Of Sirius” serving as a nice album closer.

With 10 tracks and almost 50 minutes of pure death metal Inferus is exactly was I was expecting and I was not bored or disappointed at any moment. Inferus is an extremely impressive addition to band’s legacy and reputation. Highly recommended for the fans of the above mentioned scene giants.

For additional info go to; https://www.facebook.com/neterofficial/