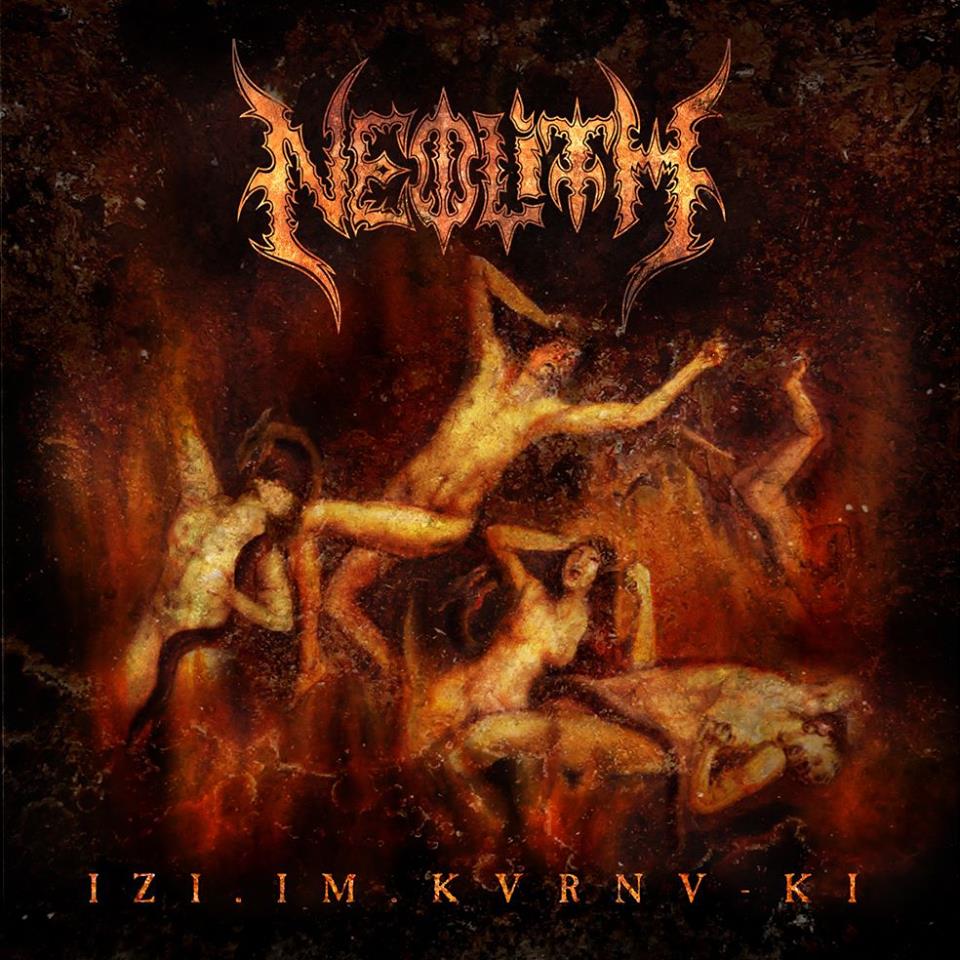 Neolith is a Polish quintet who has been active for more than twenty years. In that time, their sound has shifted from a more Doom-influenced Death Metal type to a more Blackened Death Metal-esque sound. This shift in sound works very well with the lyrical themes of Izi.Im.Kurnu-Ki, which focuses on ancient sumerian mythology, as well as superstitions about many of the pharaohs of old. Musically, Neolith is primarily a Death Metal band, with the Black Metal influences mostly being prominent during the slower passages, adding a depth to the sound that would not have been there otherwise. On top of that, the band has added what appears to be a keyboard in the background in order to make the music run more smooth, and has the extra benefit of making it slightly more melodic. While not necessarily a bad thing, I must admit that I would have preferred to be without in this case.
That aside, Neolith is definitely an experienced band, as well as very talented. And sure, their fourth album, Izi.Im.Kurnu-Ki is a lot less Doom Metal oriented than its predecessors (which, for me, is a good thing), but to me the album still lacks… Something. Sadly, I cannot put my finger on it, but tracks such as ”Of the Angel and his Orison” are good, but due to the undefinable quality, it is not what I would call great. Put have a listen for yourself, perhaps you can ascertain what I cannot. If nothing else, Neolith is still a decent band, worth a few minutes of your time.