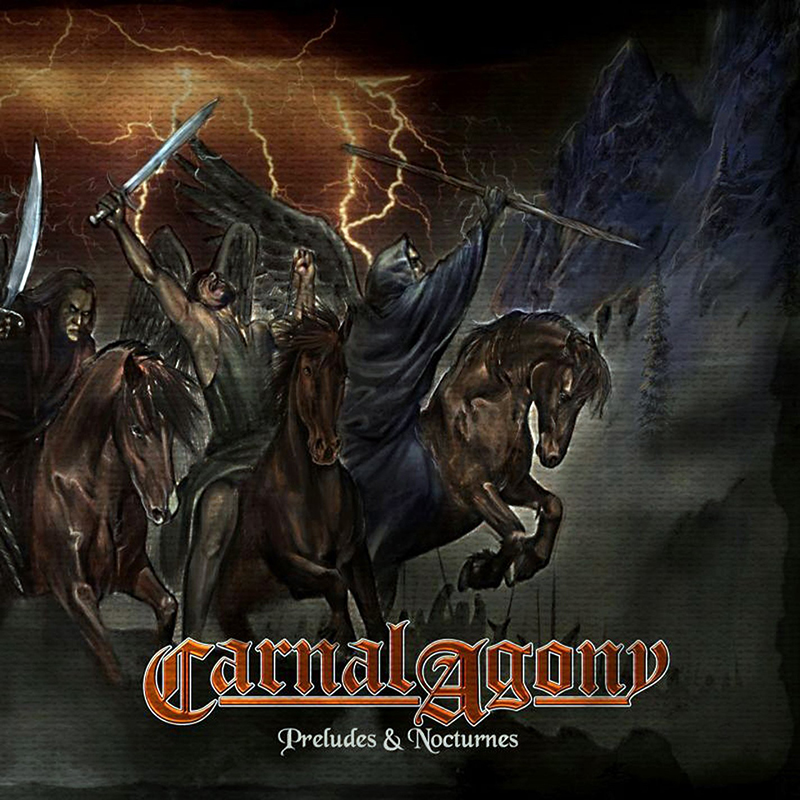 Carnal Agony is a fascinating project, one that is fueled and led by the four Swedish musicians that doubles as its members. All four of them seem to have a fondness for popular culture as well as Power Metal, although still with an affinity for aggressive growls. The end result is named Preludes & Nocturnes, the first full-length release from Carnal Agony. The easiest way to explain what they sound like would be to describe them as a classical Power Metal band with a Thrash Metal lead singer, with lyrics heavily inspired by different popular cultural sources. Of these, the most prominent to mention are ”The Frozen Throne”, a track revolving around the rise of the Lich King of World of Warcraft fame; ”Crystal Lake”, retelling the story of the now legendary murders committed by Jason Vorhees in Friday the 13th and, my personal favourite, ”Night of the Werewolf” which, unsurprisingly, tells the classical tale of an individual cursed (or blessed, depending on your outlook) of lycanthropy. All of this combined makes Carnal Agony a very easy-listenable band (as most Power Metal acts are) with a fairly unique twist in the addition of a more Thrash-like vocal style. On top of that, the many references described above (as well a one that I expect to be related to the Chthulhu mythos) also makes the lyrics very interesting, if you have the knowledge to understand the references.

Overall, I do not believe that Carnal Agony delivers anything completely new; that being said, they have still managed to take a lot of well-known concepts and themes and use them to create their own unique Power Metal sound.