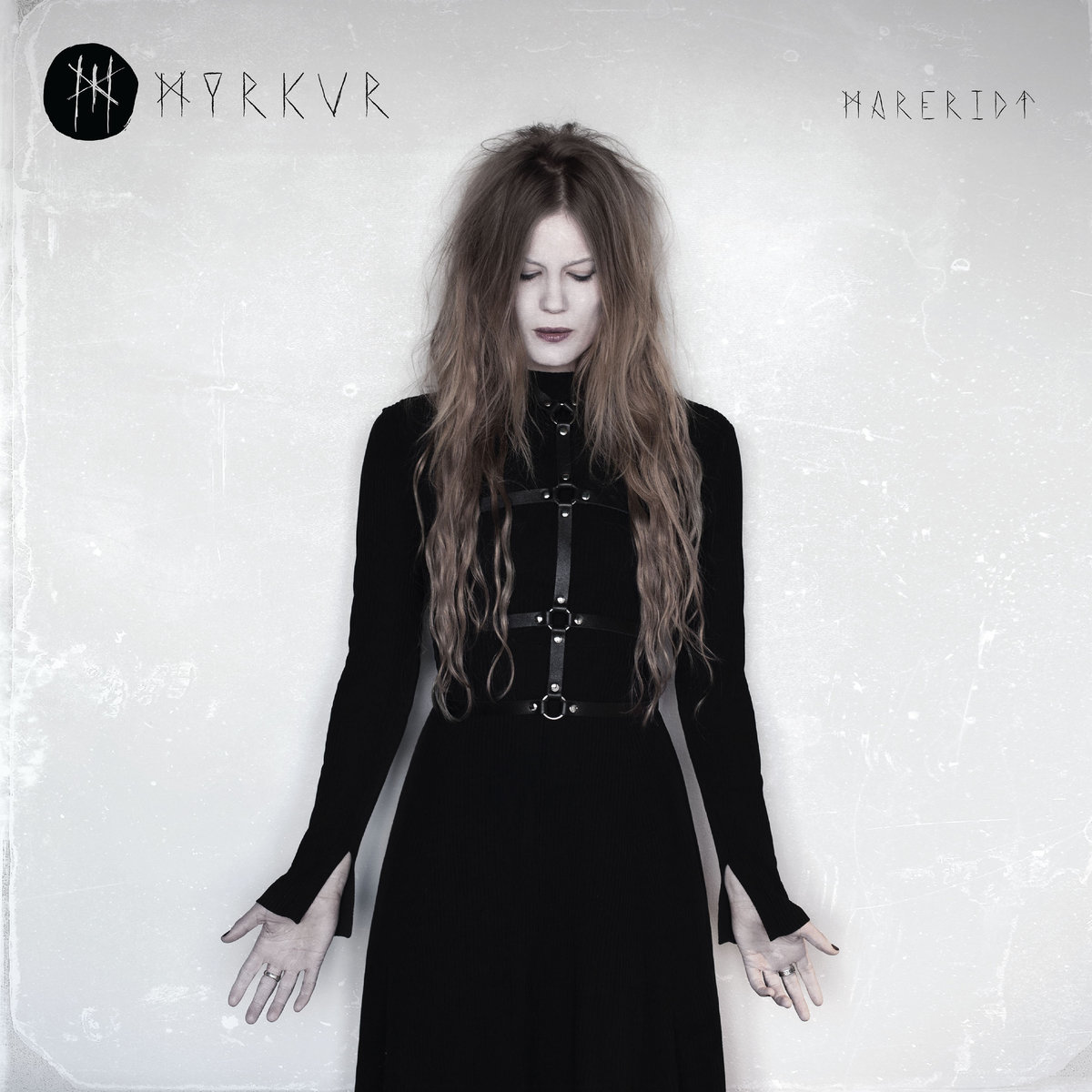 Let’s get the ridiculous out of the way. After the success of Myrkur’s debut album M, the (black) metal community went nuts because of Amalie Bruun’s pop-meets-Paradise Hotel past. Ok that’s more than enough about that, now off to the music.

The sophomore album from the Danish artist sees her widening her already broad horizons established on the debut album. This means the besides classic black metal, traditional Scandinavian folk, atmospheric gothic and much more, the influences are now unfolding even more and are fused with more of classical, dream pop and avant-garde metal aspects.
Just reading that description can seem too much, but thanks to great song writing, massive production and outstanding mixing job Mareridt (Danish for Nightmare) most certainly manages to balance out these elements. For the most part.

The success of M, has most certainly rubbed on its follow-up, which offers number of songs in English, Amalie Bruun picture on the cover, a prominent guest appearance by Chelsea Wolfe and most notably more of those accessible songs.

Album opens with a title track, a gorgeous traditional Scandinavian vocals-driven song, which is followed with “Måneblôt”, a heavily inspired by the early black metal. The gap between the two is colossal, but it’s finely bridged by eminent production and nonetheless mixing. What does take bit of getting used to is the shift from crystal-clear sound of one song to extremely hazy one on the next song. This goes for the rest of the album as well. The overall feel and atmosphere, however, does even it out to surprisingly big degree, without losing the edge.

“The Serpent” takes the record in a direction of post black metal with apparent avant-garde aspects and with its catchy main riff and haunting, yet lingering melodies it would be a good choice for second single.

More influences by the likes of Dead Can Dance, This Mortal Coil and even Cocteau Twins are somewhat of a blend experience. When they work, they work exceptionally (“Ulvinde”), while on the other hand they can come across as dull and uninspired (“De Tre Piker”).

Mareridt is extremely interesting and diverse record. It comes across as sincere and the song-writing qualities are very high. The atmosphere is overwhelmingly chilly and hauntingly gorgeous. Unfortunately, there are also some space-fillers on the album and the regular version of this release ends on weak note with anonymous “Kætteren” and almost embarrassing rip-off, of 70’s horror movie dialog in form of “Børnehjem”.

Myrkur is a breath of fresh air and when all is said and done, there is no denying the boundless qualities this artist possesses. Hopefully she’ll keep experimenting and developing in years to come.