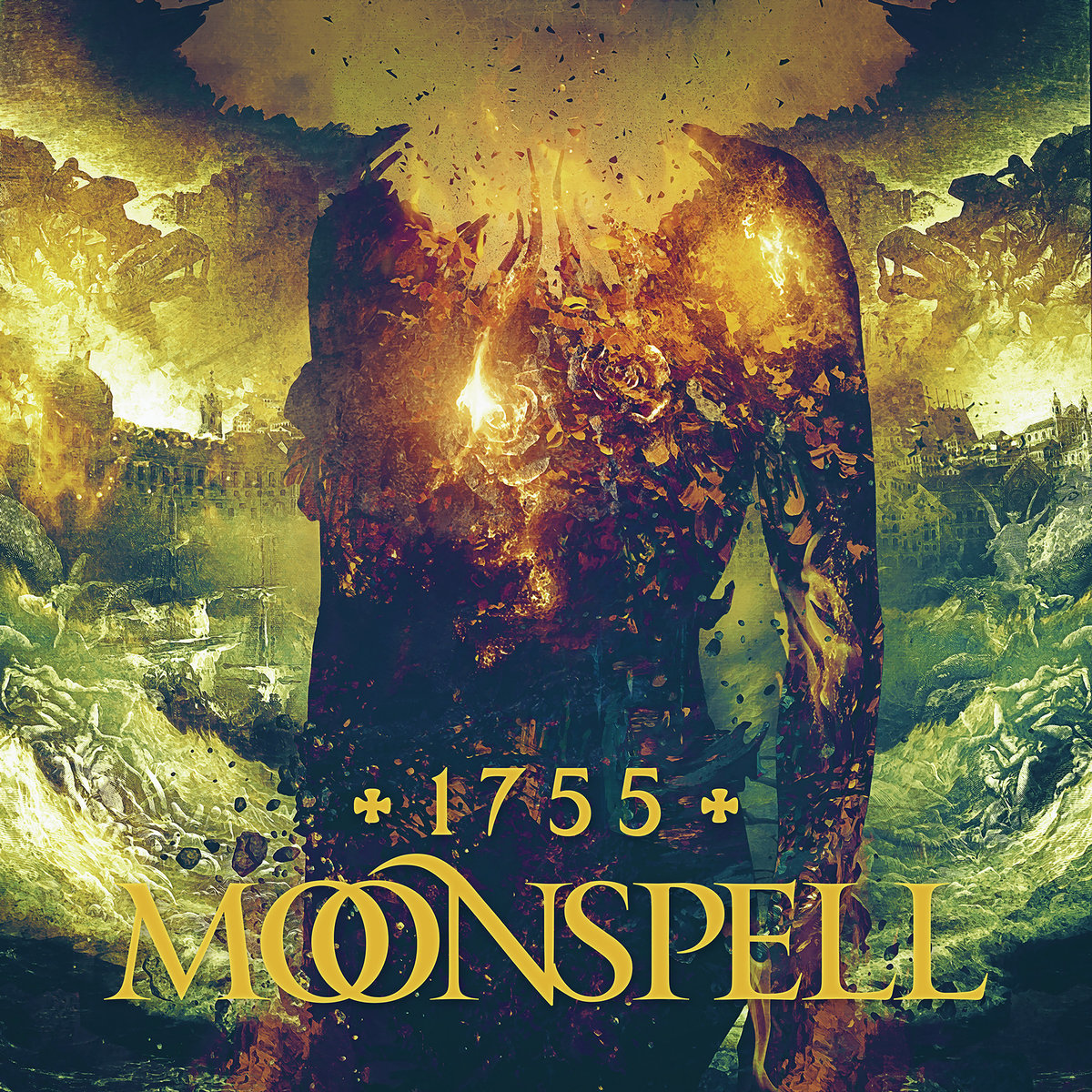 It’s hard not heaving a soft spot for Portuguese Goth metallers Moonspell, who have over the course of a quarter of a century maintained high quality level throughout the changing musical climates, line-up changes and big dose of experimenting.

Two years ago, band released Extinct, one of the finest releases that at the same time happens to be one of their most accessible ones. While it might seem logical move to follow this commercially successful album (Moonspell’s scale taken into consideration), with a release that leans against the same approach, the band, of course, went the opposite way. Moonspell’s eleventh album is their first ever sung entirely in Portuguese and musically it’s quite the opposite to the Extinct.

Entitled 1755 the album focuses on devastating Lisbon earthquake of 1755. The concept taken into the consideration it’s clever to do the project in Portuguese, but form a commercial point of view it might not be the best move. On the other hand, no matter how interesting this topic might be, even if sung in English it would go over most (non-Portuguese) fans’ heads, so all things considered this approach to 1755 is a clever one.

Musically the album is their most symphonic yet, but not in your typical symphonic rock way, but rather in Moonspell with inspiration of symphonic intensity of Therion.

One of the things this band has always been good at is creating musical experiences that keep focus and intensity for the course of the album, and perhaps never has that been more true than on 1755. The beauty, obscurity and bombastic yet moving drama of the material is truly staggering. And taking all that into consideration it’s not even all that important that all us for non-speakers will have hard time getting into the lyrical content. With their performance, song writing, arrangements and ability to capture the magic on “tape” the band has painted a world that embraces the listener with its intensity and ambience, that not understanding the lyrics simply doesn’t matter all that much.

Overall musically, the new album screams of maturity and clear vision. This results in constant focus on the gist of the material, so the individual instruments are all serving that very purpose. That combined with a production and mix job that have the very same focus, the result is almost overwhelmingly immaculate soundscape, that despite perfect balance and technical execution never comes across as polished or incoherent.

1755 is more than collection of good songs, it’s a mesmerizing piece of work, a chunk so solid and exquisite that picking its pieces apart and analyzing them as such would be disgrace.