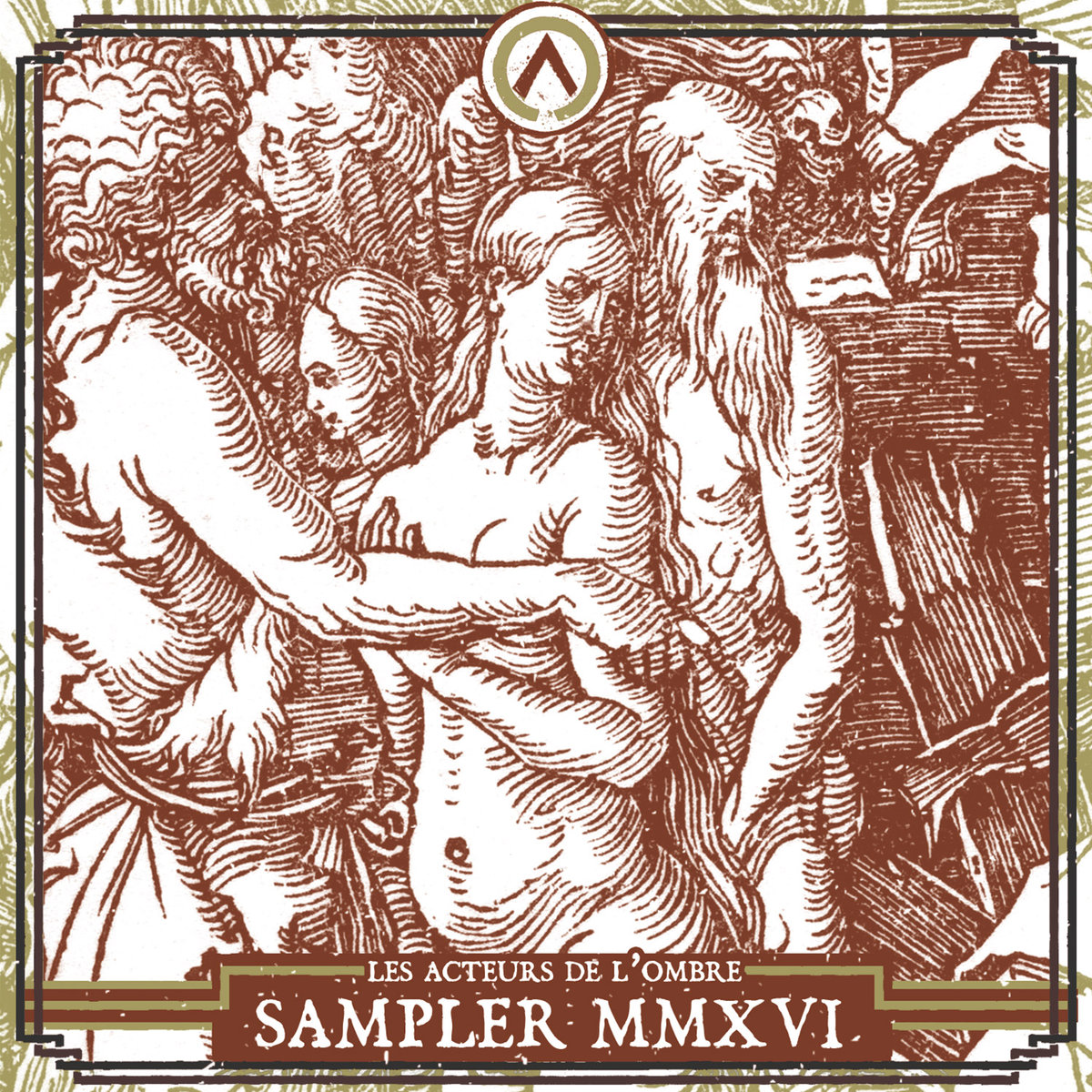 Not so much an album in its own right as a compilation of everything the label has to offer, Les Acteurs de l’Ombre Sampler MMXVI is a twelve track long introduction into the depths of what new releases this record label has been backing all through last year. All in all, eleven bands are represented upon this release (with South African band Wildernessking having two tracks upon it), and the majority of these, in line with the record labels overall focus, belong to the Black Metal genre. That being said, however, does not automatically mean that the compilation is one long, coherent and homogenous release. Quite the contrary, since many of these bands have different concepts, themes, foci and overall approach to their music which makes for a very distincgt, and unique sound. This has resulted in a record that is non-coherent and immensely varied, despite being a Black Metal release. And, chaotic as this may seem (as well as is), it is not without its merits. Sure, it is not an album that I am going to sit down and spin from start to finish on my own accord often (due to my love of a more whole, conceptualized release, I imagine), it was an excellent way for the record label to show off all of their newest acquirements, as well as what they sound like compared to one another, showing off each others strengths and pulling their own to the front. I suppose that what I am getting at is that this is more of a showcase type of release, where you will end up picking and choosing your favourites among the grand selection at your disposal, as opposed to sit down and simply let it play – Although I suppose that it would be possible to use it at a party or similar gathering by putting it on and simply let it run its course. Overall, when broken down into pieces, this compilation was a very pleasant experience for me (how could it not be, when so many of my favourites are among its contents), and it is a release that I would recommend for anyone looking to broaden their horizon on the Black Metal front (the more Atmospheric front, mind you – There is no Second Wave to be found within the round, chromed disc), which will probably lead you to purchace some of the albums represented by the tracks – I now I would have if I had not already purchased many of these releases prior to getting my hands on this compilation. It should be noted that the grade below is no higher due to the lack of a coherent whole (I am not a fans of these things, normally) and does not represent the majesty of every individual track. Because believe me, they are excellent in their own right. But then again, I am biased towards the French. And when The Great Old Ones are represented, it is a guaranteed win in my book. And for that reason, for your consideration, Ladlo and I present to you ”Al Azif”.