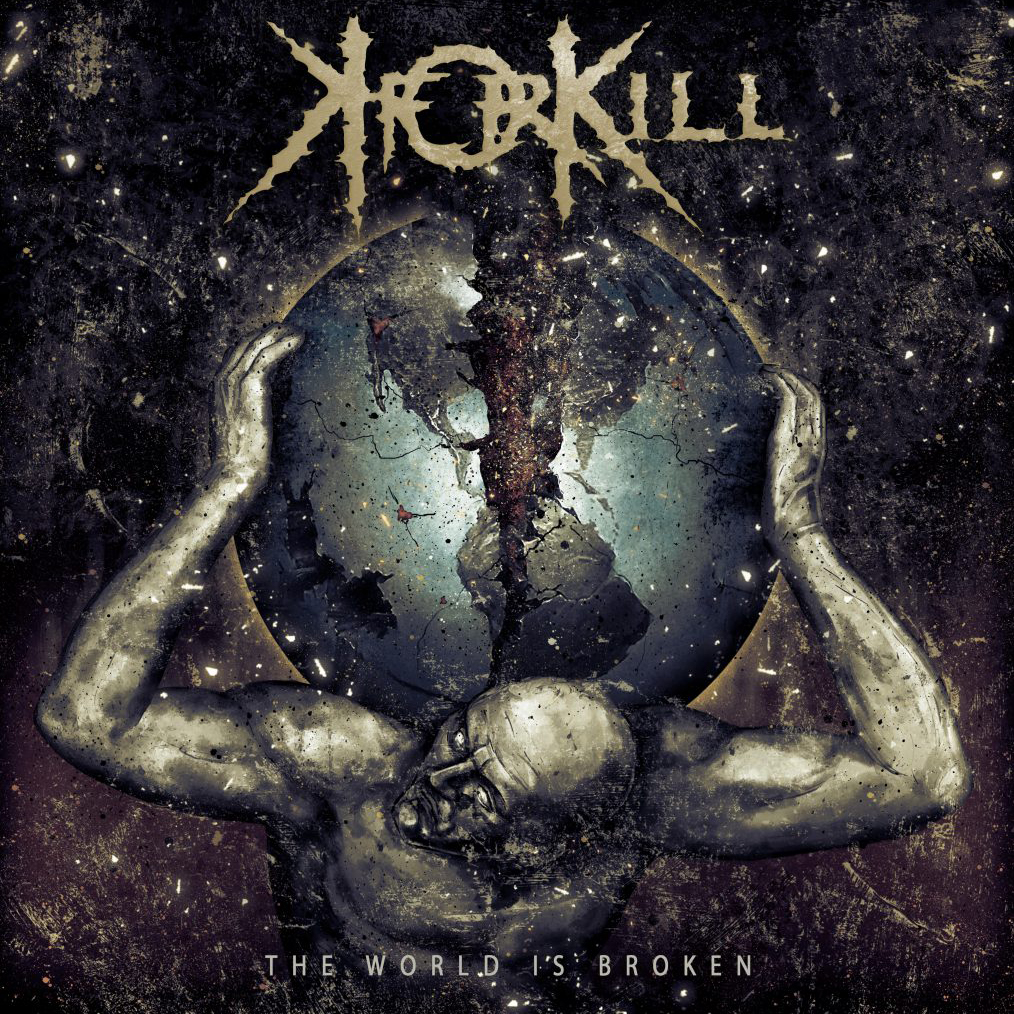 KforKill is a Danish Death Metal quintet, one that I have been told is very well-known and popular in the Metal underground of the Danish capital, which they also happen to call home (it is more commonly known under the moniker ‘Copenhagen’, if anyone was curious). Having released a single EP four years previously, the band has upped the ante and will soon grace us with their first ever full-length album, which will carry the title The World is Broken. According to the band itself, it will be a somewhat unusual album lyrically since it will focus ona more everyday approach to its concepts and themes. This I will leave up to my fellow listeners to decide, however. Instead, I will focus upon the strong and powerful drums and guitars that KforKill brings to the table, as well as the nicely malevolent vocal track – The combination of these bring to mind some of the older Death Metal bands that we all know and love (even though the twenty-some years worth of evolution of the genre is still evident). Tracks such as ”Alpha I” is particularly appealing, since it adopts the more aggressive and powerful approach of all the eleven tracks present upon The World is Broken. And while it definitely is my favourite track from the record, I would not dream about dismissing the other ten entries; While one will always have ones favourites, KforKill have still managed to create eleven distinctly unique tracks, but still similar enough in scope and shape to clearly belonging to the same album and the same artist. And, as if in order to help me promote the album, the band has been kind enough to release their first single from the record, one which is entitled ”Halo of Paleness”. And standing at nearly five minutes, it serves as a very amiable introduction into what the almost forty-six minutes long creation hiding behind the name The World is Broken has to offer. In terms of bringing anything new to the table, I would argue that KforKill does very little: Instead, they have done what they can to carry Death Metal into the new millennium and reshape it to keep it relevant, but without losing ground nor losing sight of its past. A bit poetically put perhaps; What I mean by it is to say that KforKill is an excellent example of what modern Death Metal both can and should sound like today. And apparently, they are quite a live act as well.

Recommended for fans of Obituary and Entombed.