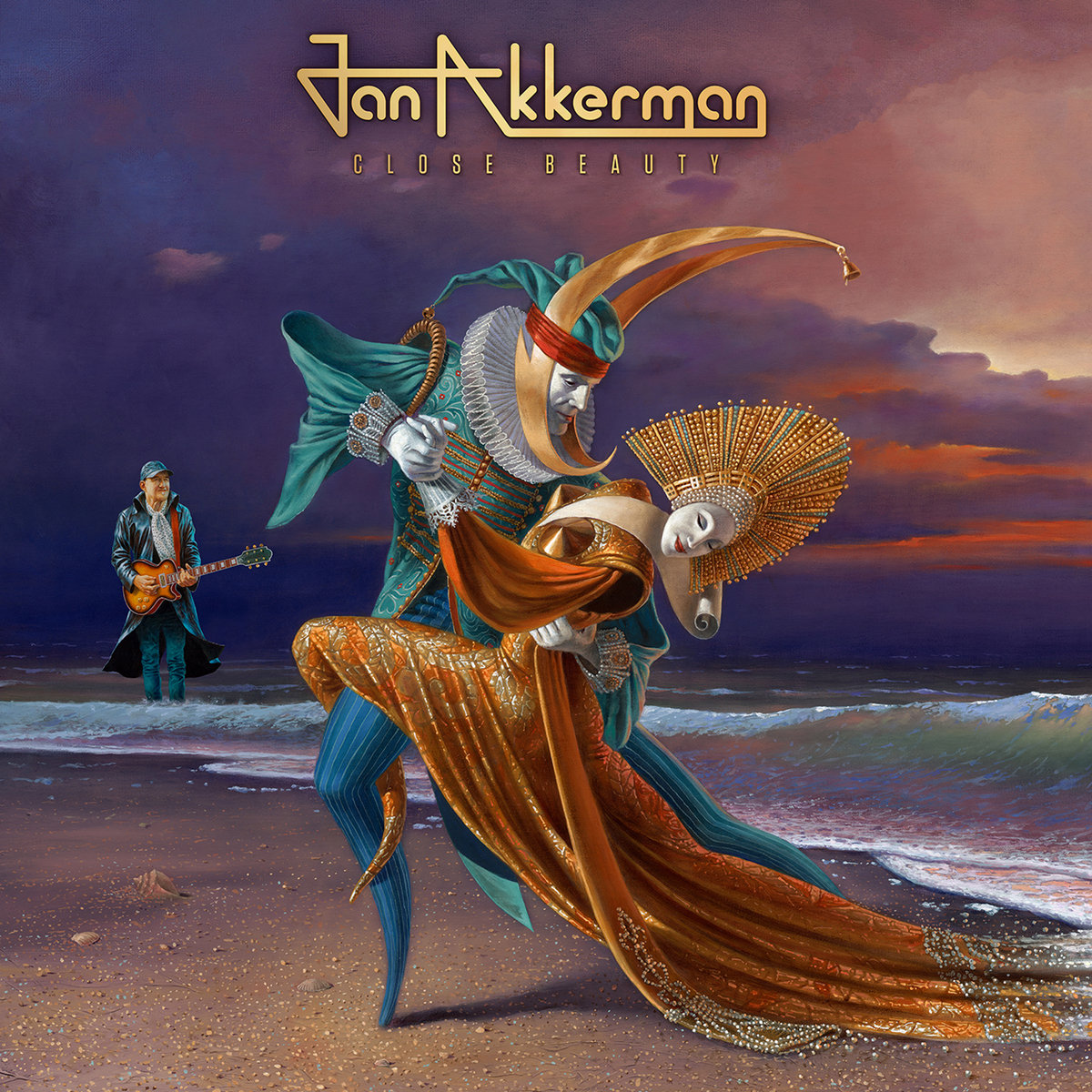 The nature of the job I have is that I sometimes have to review a material that don’t necessary always fits to our site and our concept of writing only about metal. The only reason why I’m writing the review of Jan Akkerman is because of his legacy, being a founder of the power rock group Focus. Meanwhile this 72-years old Dutchman is most known as jazz guitarist, and the European Guitar Award winner has done session work with numerous top artists in addition to releasing solo recordings. On this particular 2019 release he is accompanied by Marijin van der Berg (drums), David De Marez Oyens (bass) and Coen Molenaar (keys), but the guitar obviously plays the key-role.

Including some work with the above mentioned band Focus, this makes the 32nd release he’s been involved with – quite impressive. This latest collection of songs is entitled Close Beauty, where Jan is offering 12 songs, a mix of jazz, fusion, Latin, Classical, Flamenco etc. There are a lot of tempo changes and there are five songs running over six minutes long.

The album opener “Spiritual Privacy (Sunset Tango)” sets the musical tone, a moody and dramatic ground over which Akkerman weaves his acoustic spell. It’s a quite funky song with fast riffing. Already with the second track, the bluesy ”Beyond The Horizon” the album enters a different stage and mood. “Reunion” is actually one of his early demo recordings, but now re-appears here as one of the new album’ highlights. The title track “Close Beauty” is next, surprisingly with sequenced drums.

“Retrospection” is magnificently arranged song while “Passagaglia” and the aforementioned “Reunion” are probably the most melancholic songs on the album. “Tommy’s Anniversary” on the other hand references the excellent self-titled, orchestrated solo album from 1977! After that the album continues with a couple of South American/Latino inspired songs like “Don Giovanni” and the following “Meanwhile in St. Tropez”, “French Pride” and “Fromage” are the songs where he obviously declares his love for France creating this almost panoramic sound. Actually a lot of the music on this instrumental album could definitely be used in movie soundtracks.

The closing track “Good Body Every Evening” is styled with a slow progressive groove and it serves as a perfect ending for this lengthy album, leaving no doubt that this Dutchman is an excellent and supremely gifted modern guitarist and technician. He definitely loves what he’s doing, creating beauty in life and music.

Now I can only refer to my own beginning of this review and say that even though Close Beauty is considered as one of Jan’s most varied works, I can’t help thinking that it would be great if he still rocked out occasionally. Meanwhile, if you’re either a jazz or guitar fan you’ll like this release.