My Dying Bride – Feel The Misery

Iron Maiden – The Book of Souls 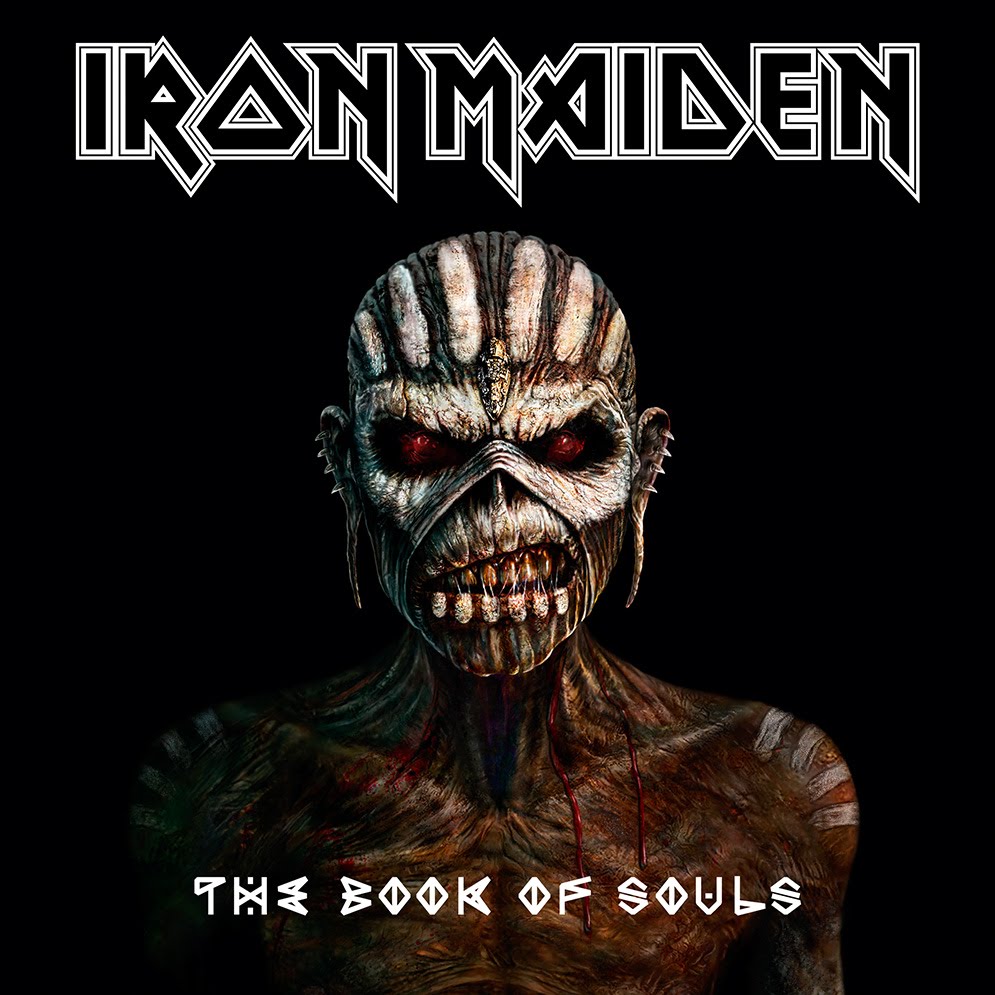 Few things you need to know about me before you read this review.

I’ve been following Iron Maiden for three decades. I think that The X Factor is a phenomenal album. I think that the band’s previous album The Final Frontier is one of the weakest of their entire career. I think focusing massively on the fact that Bruce Dickinson was diagnosed with cancer after recording of this album is not relevant to the album itself.

Now off to the review…

Five years since the release of their previous album the British heavy metal legends are back with a double album with total of 92 minutes of music.
Just like all of the albums since the return of Dickinson and Smith in the band, Kevin Shirley also produced the new album. My first encounter with Shirley was back in 1997 when he brilliantly produced Dream Theater’s heavily underrated album Falling Into Infinity. Shirley was the right guy for Iron Maiden’s return and his work on Brave New World and Dance of Death was spot on. On next two albums, it felt like it was time to find a new producer, because the production seemed to be less and less inspired and that combined with poorer songs resulted in couple of weak albums.
I was sceptic, to say the least, when I’ve heard that Shirley will once again produce an Iron Maiden album. This album is a big deal and it felt like after The Final Frontier it was time for a change.

Fortunately Shirley looked for inspiration from some of his more interesting production works such as Black Country Communion, British Lion and Joe Bonamassa. And it shows. I still don’t really dig the production on the album, but at least he dropped the ever escalating compressing of every single instrument and added some real-instrument-sound life into the production. That being said the album still does sound bit flat and the drums sound dreadful.

The Book of Souls is an epic record and not only because it has some of the longer songs the band has ever recorded, but the general approach to song-writing is quite large.

The opener “If Eternity Should Fail“ has one of the finest mid-tempo flows since “Moonchild”. It’s such a good opener that is somewhat spoiled by the effect infused dialog at the end.

First single “Speed Of Light” is the weakest song on the album, much like “Wildest Dreams” was on Dance of Death. Next couple of songs build further on the epic feel of the album and it comes as no surprise that those are two songs written by Steve Harris (one co-written by Adrian Smith). Second of the two, “The Red and the Black” is the only solely Harris-written song on this album and it bears all the trademarks of bassist’s song-writing that we know from the likes of “Nomad”, “Alexander the Great” and “Rime of the Ancient Mariner”. The song is in many ways a highlight of the album nonetheless because of one of the most eminent triple guitar work the band has recorded since “Dream of Mirrors”. That instrumental part makes you want to see them perform it live and preferably extending the 5 minute instrumental part to twice as long. Listening to those leads and their melodic and epic appeal, you can’t help but wonder what was going through Randy Blythe’s head when he labelled just about any guitar solo out there as jerking off.

There is more of Harris in next couple of songs, co-written with Smith and Gers respectfully. “When the River Runs Deep” feels like a decant space filler, while the title track bears all the qualities of the best Maiden epics.

The second disc starts with a typical Smith/Dickinson tune, which falls short of matching some of their previous collaborations. “Shadows of the Valley” makes you think, why in the world would they rip “Wasted Years” intro for the song that isn’t even written by Smith. It’s a good song with nice flow, but I’ll never understand that intro.

“Tears of a Clown” is a fine example of a simple song-writing and a song that could have been on any of the last three Dickinson’s last three solo releases. Same goes for “The Man of Sorrows”. Oddly none of the two songs was written by Dickinson and both bear titles that come very close to couple of prolific Dickinson songs from Balls to Picasso and Accident of Birth respectively.

Album closes by the longest Maiden song ever – by far. The 18 minutes long epic written by Dickinson rounds up sixteenth album marvellously. It’s epic on all levels and not just because of its length. The build-up, the lyrics, and the arrangements – it all screams epic-Maiden at its best.

The expectations for a new Maiden album are always big, but this time around they were bigger than they have been since Brave New World. Partly due to the long pause, partly due to the various circumstances and partly due the fact that last couple of albums were fairly disappointing.

When the band with such a long history releases an album it’s always measured against the previous releases and even more so against the albums released since the Dickinson/Smith return.
The Book of Souls delivers. It’s an album that almost wipes the memory of its two predecessors and an album that comes extremely close to matching the quality of Brave New World and Dance of Death.

It’s impressive to see that the band that has been around for so many decades still has inspiration and hunger to create a record as good as this one. Makes you wonder who’ll take over the throne once Dickinson, Harris, Smith, Murray, Gers and McBrain call it quits.