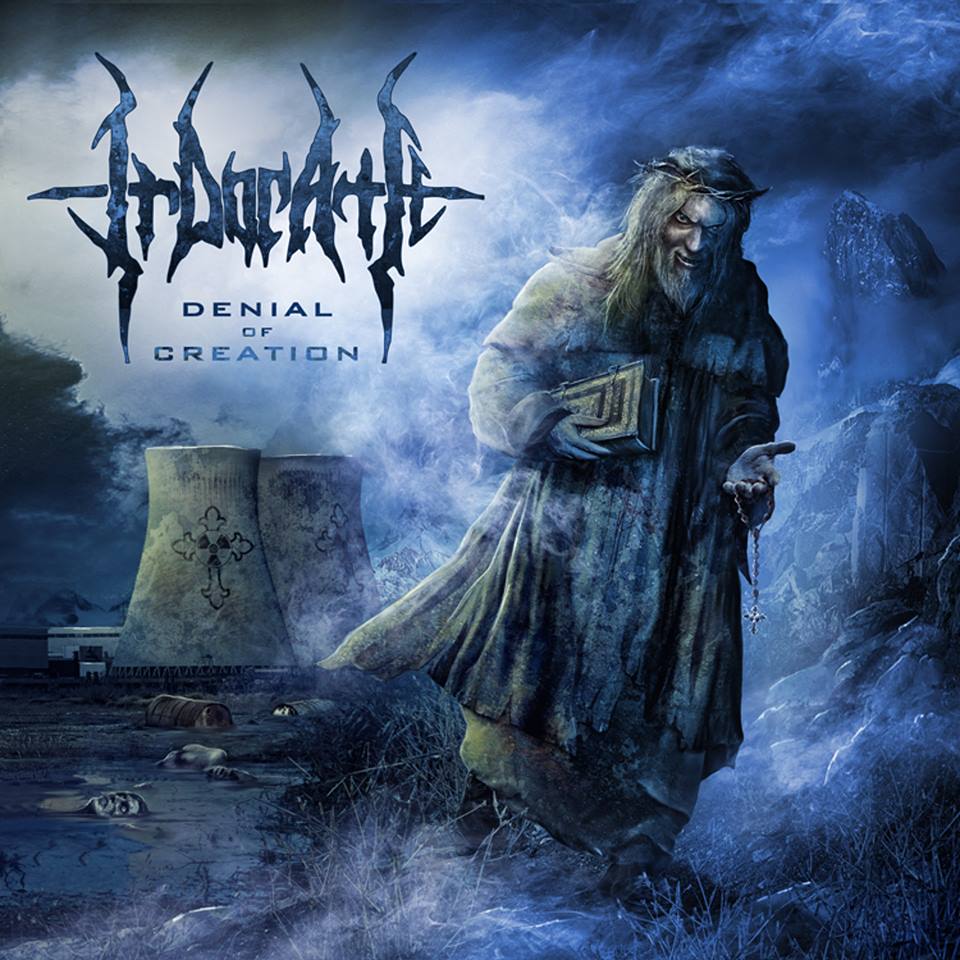 Irdorath is a black metal horde from Austria. The band was founded in 2005, while 2006 saw the release of their first demo Erwachen. A year after their first full-length Götterdämmerung (Zorn der Elemente) was released. A couple of line-up changes followed, before the release of their sophomore 2012 Dekonstrukteur des Fleisches album. This opus, like its 2013 I Am Risen follow-up were both well received by the critics and fans.

Now we are talking the end of 2017 and Irdorath have presented their third full-length entitled Denial Of Creation. The album consists of 9 new extremely well played tracks and I consider it to be probably their best and potent release since the creation of the band. Unlike its predecessor, which was more diverse, dark and furious piece of death metal, Denial Of Creation is a darker solid black metal offering, with raw and filthy vocals, strong drum blast-beats and melodic thrash metal leanings.

The album kicks-off with “Devoured By Greed” monster; strong guitar riff, melodic guitars and deep demonic vocals. “Trail Of Redemption” is the following song, a bit more varied in both tempo and build-up. Next track is called “Sacred Deception” and it is another killer track. “The Curse That Haunts The Earth” opens with an acoustic piece and develops in a mid-tempo song with loads of speed and once again, a nice melodic guitars.

“Purification” and probably my album favorite “Covenant Of The Unbounded” follow next. These raw and filthy vocals and drum rhythms give the songs a true dark black metal feeling to it. “Blessings From Above” is another killed track which especially surprised me by the fine up tempo parts.

Denical Of Creation is varied and interesting record with some spoken word parts and a couple of the tracks are long and epic in length. The lyrics feature subjects of death, damnation, feelings and anti-religious themes. The production is superb, and all of the instruments on the recording have a very powerful sound to them. The artwork was done by Jan Örkki Yrlund (Darkgrove) from Finland who did also the artwork of their previous album. I think he’s done a great job capturing the true essence of the band and their sound.

Denial Of Creation is an overwhelming and intense album released by a high quality black/thrash band. No matter if you’re a fan of black, death or thrash metal – I think you should still check out this album. For any further info visit: http://www.irdorath.net/