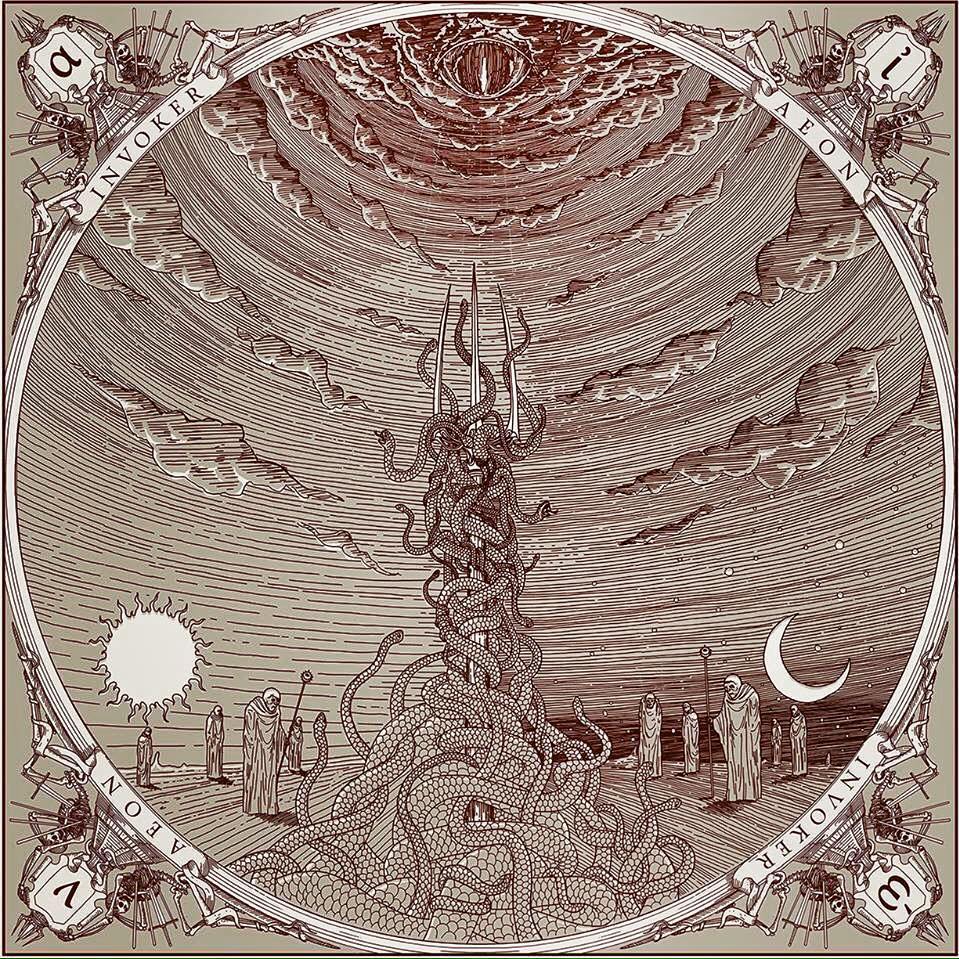 Invoker is a 4 piece death metal band from Germany. The band is active since 2010, and they did a lot of shows and are well-known in the German metal scene. Now, time has come to introduce a wider metal audience for this great quartet. What a better way to introduce a band than to present their latest material, a second full-length album and a follow-up to the highly aclaimed 2013 debut A New Age.

Invoker consists of members of Trimonium, Requiem, Blooddawn, Organism etc. which means that despite of the relatively short existance of this constallation, these guys are very experienced musicians. Thus, this album sees Florian Jäntsch recruited as bass player, with layout design by Misanthropic-Art Illustrations.

Listening to this new 9-tracker opus Aeon, ensures neck pain, tinnitus and spontaneous sweating. The vocals are mainly in the death metal manner, being very straight and to times even a bit monotonous and repetitive. Guitars on the other hand are delivered perfectly, switching from deep riffing to more usual shredding. Blast beats and double bass on the drums, classic black metal arpeggios and dominant rhythm section are some of the other main features of this release. Esp. switch in the tempo and between black and death metal style, gives this nerve to their music, which otherwise tends to get boring. Most entertaining pieces of this record are “Secrets Of Seed”, “Across The Abyss” and the very successful closing track “Woods Of Nothingness”.

Apart from the minor things described earlier, it is unquestionable that Aeon is a very solid and relatively entertaining metal album, with great production, superb song-writing and interesting lyrics. The future looks just bright for this German horde.