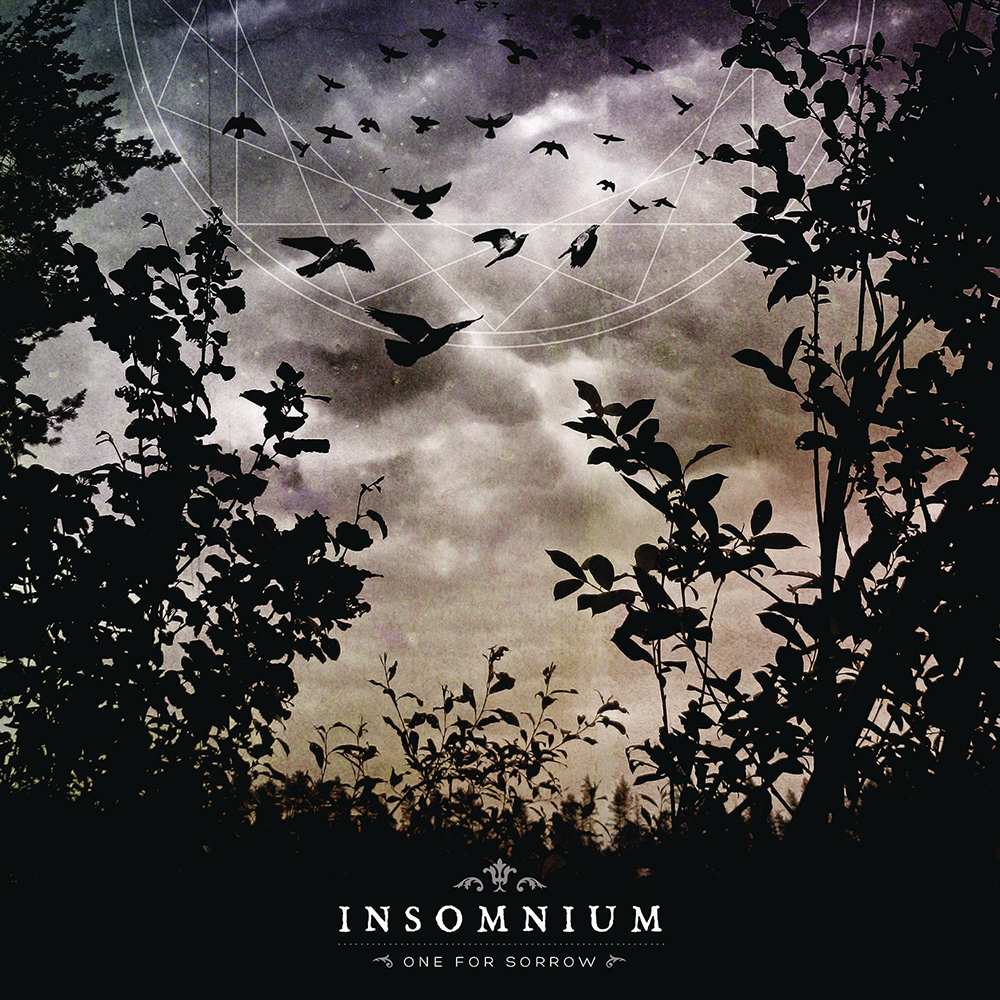 Fifth release from Finnish, Insomnium is in all the aspects a perfect example of what it takes to create a truly great metal record.
On the first three releases this band has proved to be an important figure in melodic death metal genre. Their previous release was a huge step forward for the band and One For Sorrow is yet another step forward for this band.

The album opener “Inertia” in many ways feels like an intro despite its almost 4 minutes running time. Generally looking there are so many pointless, boring and uninspiring intros in heavy metal music, but “Inertia” is simply perfect example on what and intro should be like. It has perfect musical and dramatic buld-up, it’s interesting and diverse despite the extremely smooth flow.
The “intro” is followed by “Through the Shadows” which simply blows you away with its tightness, atmosphere, sound and nonetheless performance. Listening to this song first time was mesmerizing and for the whole course of the song I felt like a deer caught in the headlights.

The feel of total control is overwhelming, but the beauty of it is that it never overshadows the absolute blistering force of energy and gorgeous atmosphere. No it rather serves as a tool for accomplishing the two. And so it continues for entire record, without noticeable oscillations in quality or focus.

I have never been a fan of growling, but the way the vocals are incorporated here, it doesn’t bother me. The growls are deep but at the same time it’s quite easy to understand what band’s singer/bassist Niilo Sevänen is singing about. And that is important nonetheless because the lyrics too are very well written and fitting the music perfectly. Together they paint the world that is dark, cold and extremely beautiful, despite many brutal elements.

In many ways the album resembles their previous release, but Insomnium manage to bring enough new perspective to enchant the listeners and that on top of simply great songwriting. Musically the album consists of just about all the metal subgenres, but the homogeneity feel is present throughout the whole album.

As for the possible improvements I could name more singing, less growling, but I guess that’s just because I have hard time adapting to growling, and I have tried in couple of decades now. Also perhaps the band could take a bit bigger step forward and serve few more surprises.