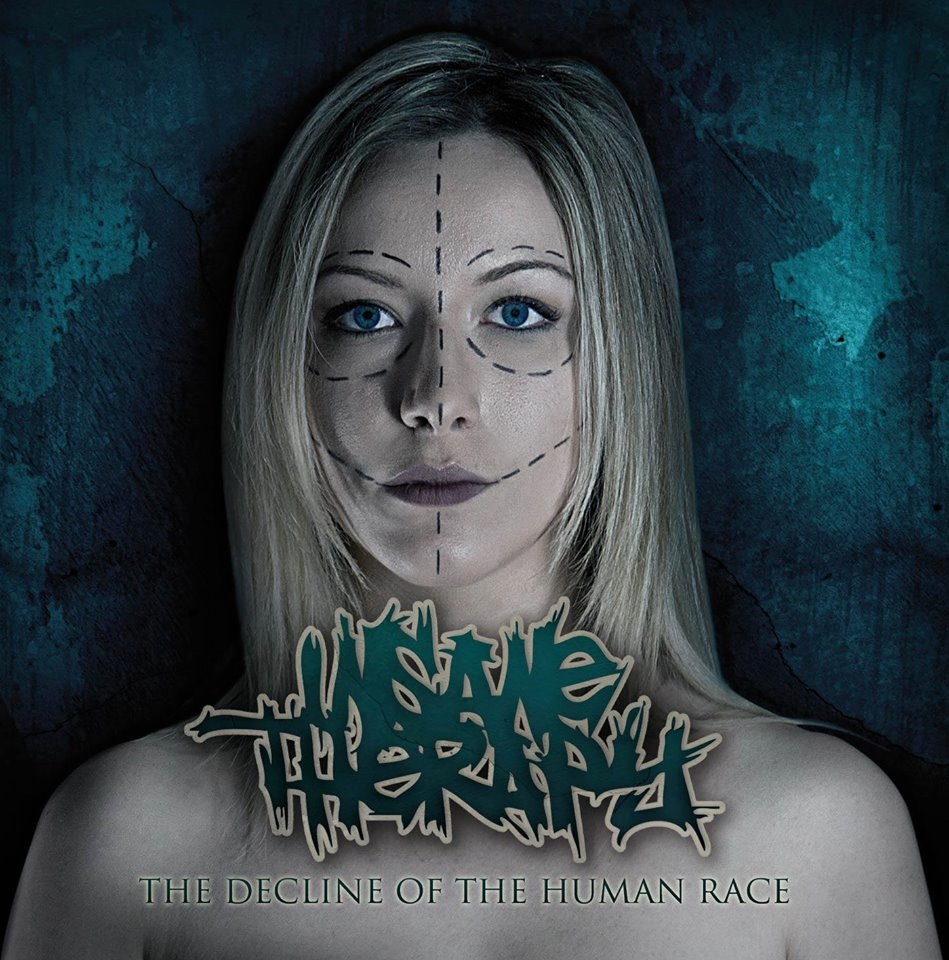 If one thing is painfully obvious about the Italians it is this: When it comes to creativity and mixing the genres, I get the feeling that they are damn near the world champions. Insane Therapy seem to be no exception, as their debut album, The Decline of the Human Race, is an apparent combination of Hardcore and Death Metal, aptly entitled ‘Deathcore’. This, their first full-length album, is nine tracks long and spans thirty-three minutes. Thirty-three minutes of heavily distorted and Death Metal inspired Hardcore music, aimed at the younger generations (younger than I feel I belong to, at any rate). Despite being their first ever record and having a ‘mere’ Split and a Demo behind them, Insane Therapy has managed to produce and release an impressively good album. It is well mixed, well executed and, most important of all, performed with dedication and zealousness. On top of that , each and every song are made under the same mould: It has to be relentless, powerful and done, four minutes at a time. Now, I have never been very interested in this particular genre, but I must admit that their chosen recipe works well for them. On top of that, I get the same notion that I often get from any -core related band, namely that they were created to perform, and truly shine, live. Sure, in order to do so they have to first build up a great repertoire of tracks to rehearse and perform live, and tracks such as ”The End of the Lies” are, as far as energy and sheer domination is concerned.

All in all, Insane Therapy is not a band for me. However, given the chance, I would probably still see them live. And I am sure that it would be one hell of a gig.