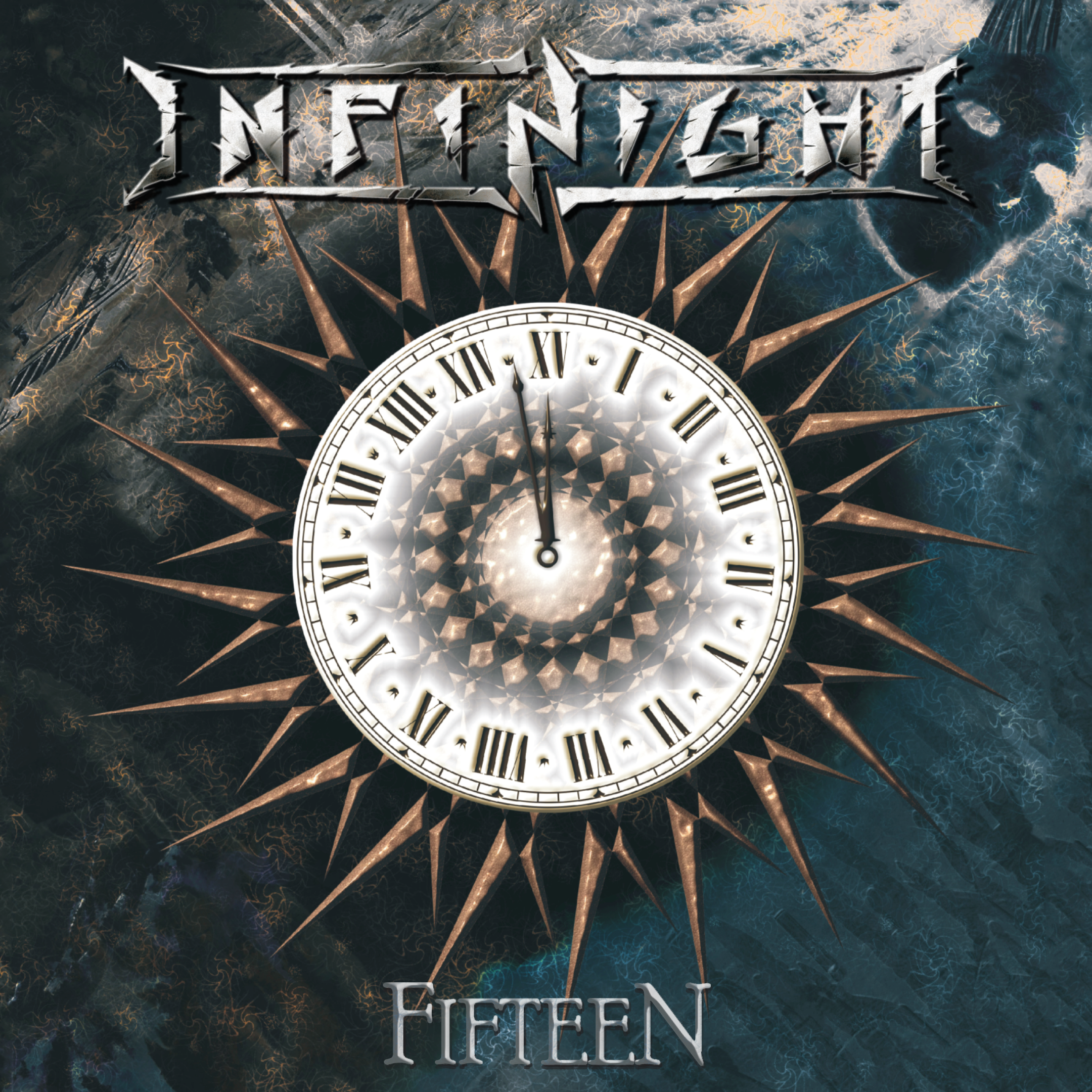 German Infinight, whose name is both catchy and quite the pun, are quite efficient, despite not having signed on to any one label. As a band they have existed since the year 2001, and have released three Full-length albums in that time. And last year they decided to release their third EP as well. It carries the title Fifteen (I have yet to figure out why) and carries on in the same vein as the record it immediately succeeds. It contains four tracks, each spanning roughly five minutes (which adds up to a grand total of twenty minutes worth of music). Musically, Infinight is definitely a product of its time and location: The Power Metal quintet have mastered (as one would expect from one such band) blending high-reaching vocals with epic lyrics while being carried by simple, yet easily remembrable (and not to mention catchy) melodies. And this is, of course, topped off with the occasional guitar solo without it ever taking over the show. Infinight have mastered keeping what can easily be an epic-reaching concept and keep it grounded, yet still good. While this is not at all unheard of (Hammerfall are also very good at this), it is nevertheless still very impressive. Where the EP Fifteen truly shines in my opinion, however, is during the track ”Goodbye II (Cruel World)”, the first track on the record. This track might not be all that unique compared to the three other tracks (which say very little, given the large diversity of said tracks), but it is the one that speaks to me the most. This is due to the fact that the band has managed to create a song that is not entirely a traditional Power Metal song, yet not quite a ballad either, but rather something inbetween. It encompasses the best aspects of both traits, and to me it was surprisingly pleasant to listen to. All in all a short little record (which is always the case when talking about EP’s), one that I would recommend to any fans of the Power Metal genre. Mind you, since I have not been able to find the updated version of the song found on this track, I have instead linked to the original version of the track (from the album Sea of Knowledge). Not entirely the same, but still a great indicator of one can expect.

Recommended for fans of Hammerfall, Blind Guardian and Dream Evil.