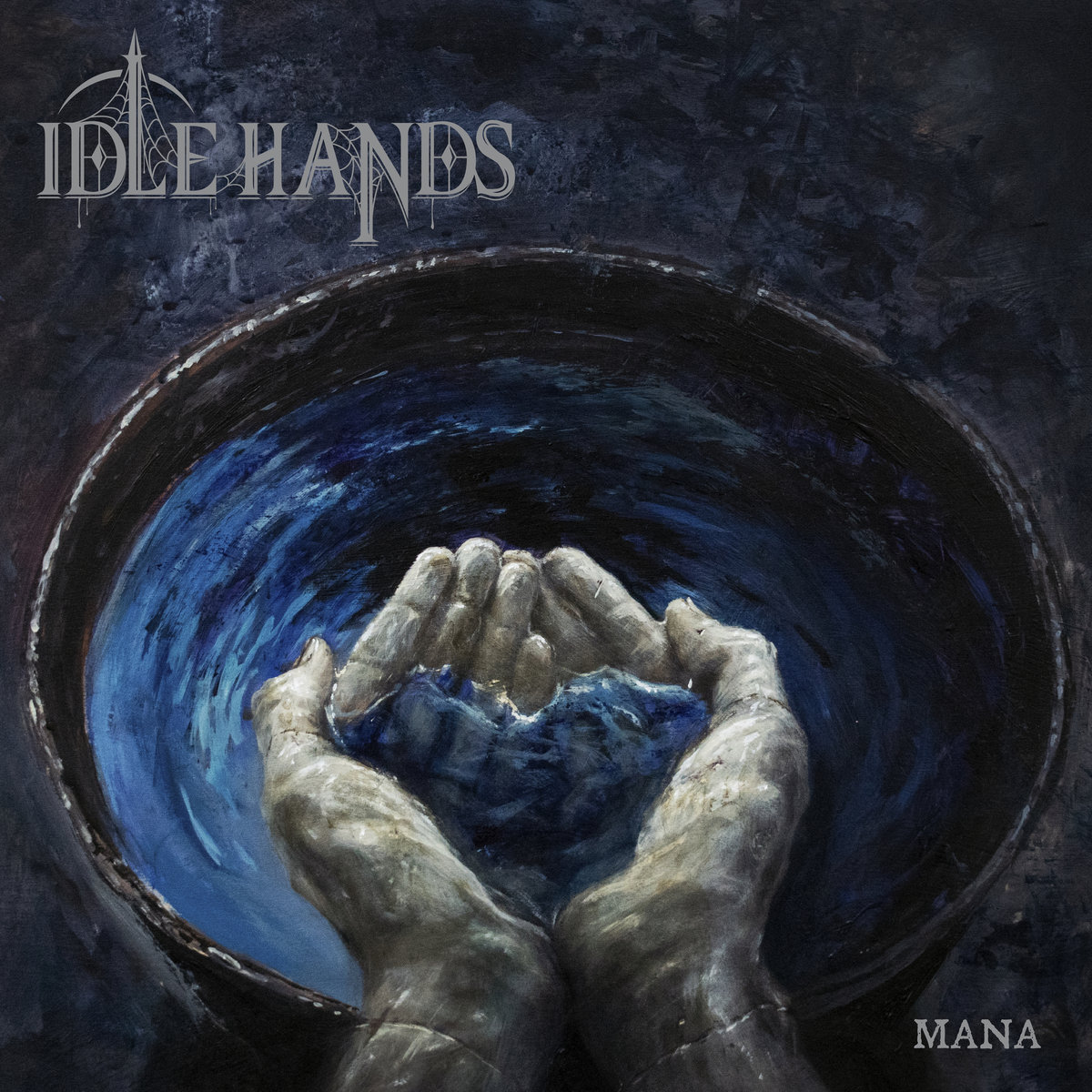 Based around three former members of Spellcaster, the new Portland-based band delivers somewhat of a surprising debut. Unlike the far heavier approach of Spellcaster, Idle Hands looks the opposite direction for inspiration.
Whereas the previous band was more of a classic metal, Mana is anything but. For the most part this is a rock record inspired by the European goth legends such as The Mission, Sisters Of Mercy and Joy Division. At times the band does dip a toe or two in heavier waters, but these are merely glances in form of few seconds of harsh vocals, a short big fat riff or a simple twin-guitar solo.

Overall the music is based around very simple and nonetheless very good song-writing. If you felt like it, you could break any of the 11 tracks down to a simple acoustic guitar and vocals tunes and enjoy them by the late-night bonfire. And that is where the very strength of this album lies. It’s simply filled with very well written songs that are as atmospheric as they are catchy.

With such solid backbone in place the band is also good at delivering songs in a manner that is emotional, energetic and simply gorgeous.
Over the curse of the album some songs do begin to melt one into another, but in general the band is very good and keeping them interesting with simple, yet effective tricks.

While the main influences might be the above mentioned, the band also looks at more of unlikely places like Darkness & Hope-era of Moonspell, Death Cult debut and on numerous occasions the early Héroes Del Silencio.

Idle Hands are in no way an original band, but they are most certainly an interesting band with a debut that doesn’t have a single weak song. The gist of the album is the outstanding song-writing, whose simplicity is infectious and band’s sense for nuances and feel elevates the songs additionally.

This is an album to be played on loop and a band that is to be held eye on. Idle Hands come across as a band who can maintain the quality and by allowing themselves to experiment more, they would probably be able to deliver some even more interesting albums in the future. For now, Mana is more than enough.