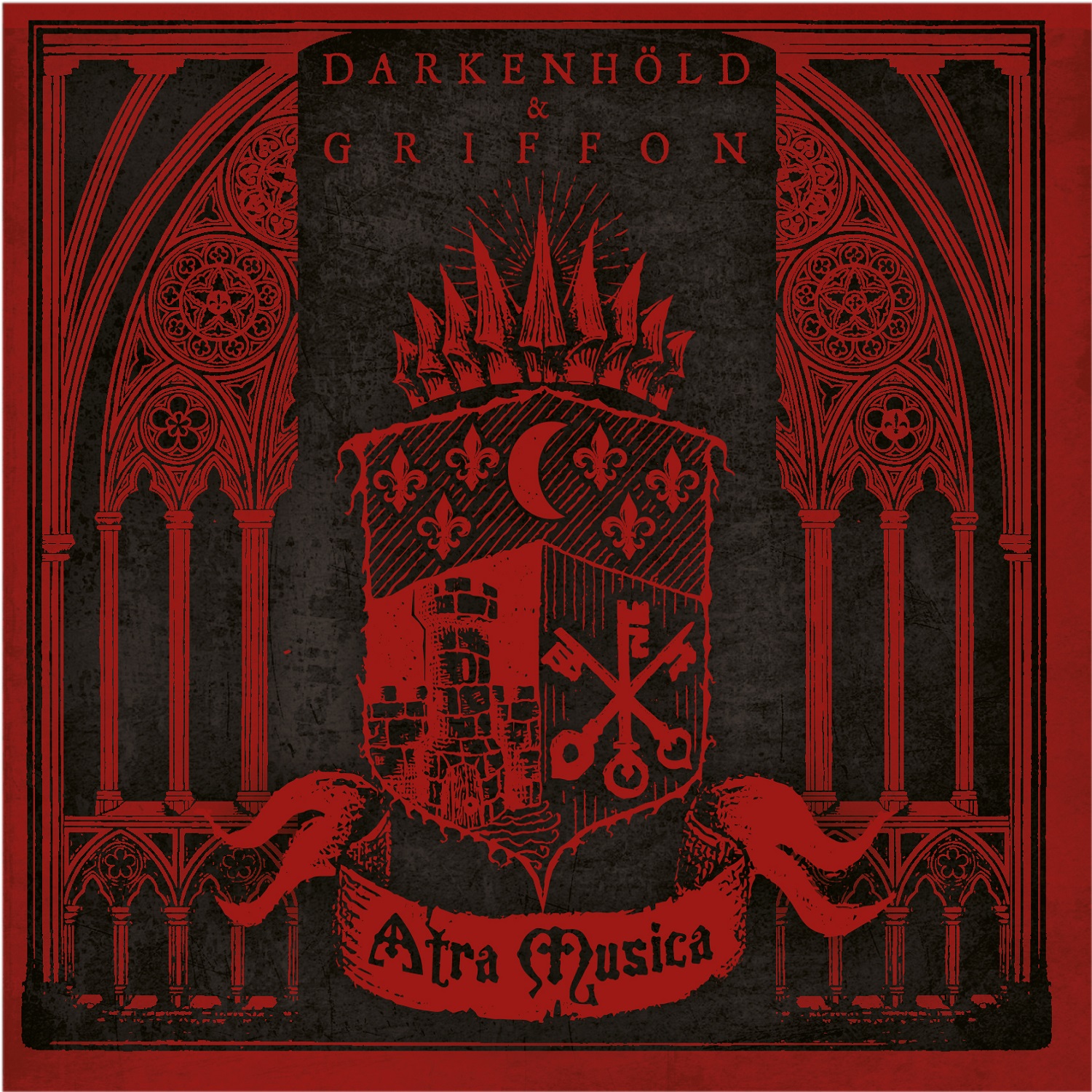 Griffon and Darkenhöld, despite being from different parts of France, have quite a few similarities between them. The most obvious of which (aside of their shared love of Black Metal, the genre they both utilize), can be both seen and heard quite clearly throughout their released material:

Both bands have a strong connection to the ancient history of (presumably) their homeland, focusing their lyrical efforts arounds concepts and themes such as legends, medieval castles, paganisim and religion, expertly delivered in their native French, very fitting for an album such as this.

Musically their medieval inspirations are also very distinct, having taken on a slower, more traditionally melodic approach as far as use of instruments are concerned – This is especially true for the Darkenhöld half, keeping perfecctly in line with the music they have previously released.

One notable example is their use of a keyboard, programmed to utilize several more traditional sounds and aspects into their overall sound (fiddle being the most prominent one I noticed).

Griffon takes on a very Folk-like approach to their music, albeit in a significantly faster, more drums and bas-focused way. Still clearly buried within the history and culture of their homeland, Griffons contributions is nevertheless the more traditionally Black Metal sounding of the two.

That being said, Atra Musica fits together very well overall, presenting the rich culture of one of the biggest and oldest countries in Europe in two very distinct, yet still similar ways.

In many ways the album speaks to the inner historian as well as the inner culturalist within me, and manages to keep me entertained and waiting for more throughout – All of this despite the fact that my abilities to speak and understand the French language is beyond atrocious.

Atra Musica will contain eight tracks (four from each band), and will add up to a running total of forty-five minutes, not at all bad for a Split Album.

Recommended for fans of Winterfylleth and Wodensthrone (Darkenhöld) as well as Malevolentia and Carach Angren (Griffon).