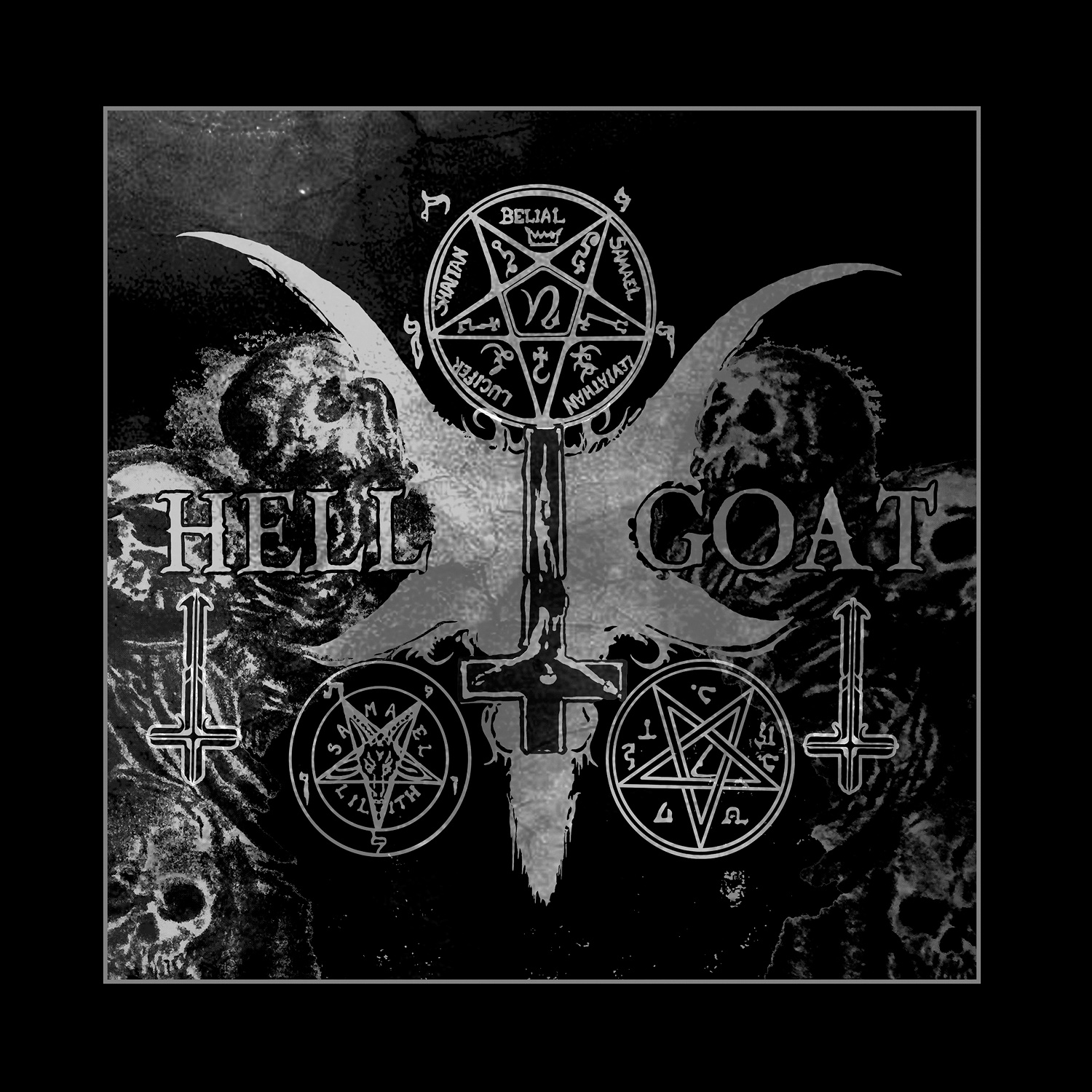 After twelve years, three full-length albums and numerous Demo’s and EP’s, American-based Hellgoat decided to release yet another EP. This one is entitled Eden in Flames, contains two tracks and has a running total on roughly seven minutes and forty-five seconds. Starting off slow (with some flames crackling merrily, no doubt a nod to the name of the EP, which is then joined by a flock of goats sounding off merrily; Most likely an homage to the name of the band), Hellgoat then proceeds to take off like a shot. Right after the somewhat (for me) amusing intro, the track ”Inner Sanctum Ablaze” quickly cranks it up to eleven and welds the button firmly in place at this location. As one could expect from the bands name, Hellgoat plays Second Wave Black Metal and as such, this up-to-eleven-sound is heavily filled with both distorted guitars, blast beat drums and deep, menacing growls: All set into a relentless, pounding four minutes long ‘attack’, if you will. This attack stops for less than a second and then proceeds on the next (and sadly, last) track, entitled ”Scars of our Devotion”. All in all, Eden in Flames is a short, powerful and very efficient example on what American Black Metal can sound like. And I for one find it to my liking. Sadly I cannot find any of the tracks online, but have a look around for it once it is released. It is definitely worth a spin or two.