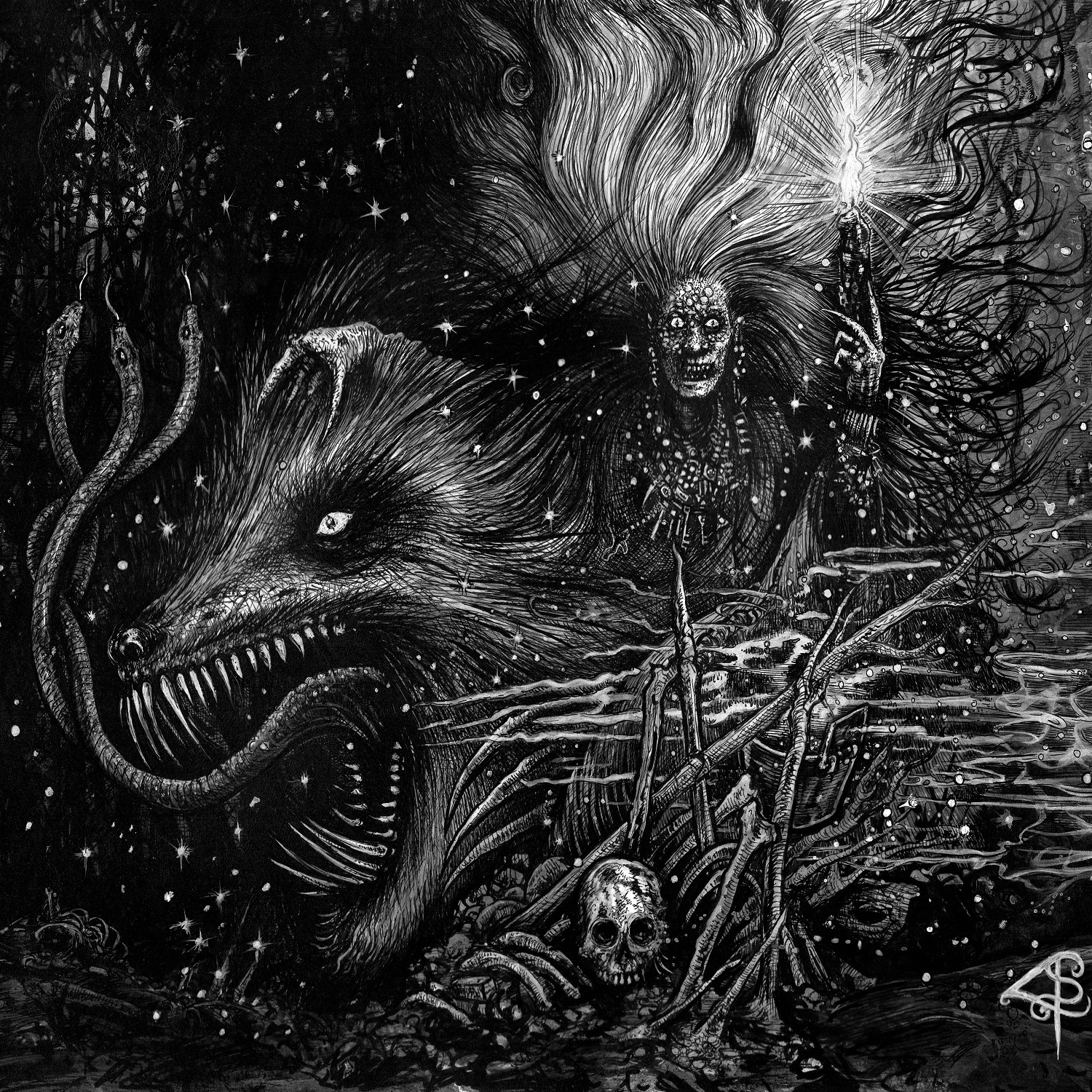 Grafvitnir is a Swedish Black Metal trio with nine years worth of experience behind them as a band. In that time, they have released three full-length records and a single Demo, all of which have been released within the last five years. And, considering that their fourth album is set to assault the world in a few weeks time, there is not reason to assume that the band is losing any type of momentum. Grafvitnir’s newest creation will bear the title Obeisance to a Witch Moon and will be a nine track long reminder that old-fashioned Second Wave Black Metal still exists – As well as proof that it does not have to be of Norwegian origin in order to be good. After the first playthrough and a few tracks into the second, I finally realized why I had such a penchant for this particular album: I seemed to be able to hear a few very strong Emperor influences throughout Obeisance to a Witch Moon, but without it ever becoming the dominant sound. Grafvitnir have, as far as I can discern, been heavily inspired by Emperor and similar bands from the same era, yet still managed to combine it with their on unique view on what their own sound should be and sound like. And, as I seem to say quite often, I always do enjoy when a band manages to create their own sound within a well-established genre (something that Black Metal definitely is). Sadly I had never even heard of the band prior to receiving this album, so I cannot say much about how the bands sound has evolved over time – All I can do is point out that this record contains forty-some minutes of excellent Second Wave Black Metal as it used to be, with slight variations to adjust for the twenty years timeskip since their predecessors founded the genre, as well as what I am assuming is personal preferences from the band. For instance, the overall gruff, low-quality like sound that the band often used in the past is not present on any of the tracks present on this album (which I find to be a shame, since I could easily imagine it doing wonders for tracks such as ”The Great Beast”), and the instruments and vocals seem cleaned up a bit in order to keep up with the times. Mind you, neither of these are a bad thing, and Obeisance to a Witch Moon is well worth your time if you are looking for some loud, agressive and distorted music. Whether you like it old-school or more modern, I have no doubt that Grafvitnir should be able to deliver. Recommended for fans of Emperor, 1349 and Watain.