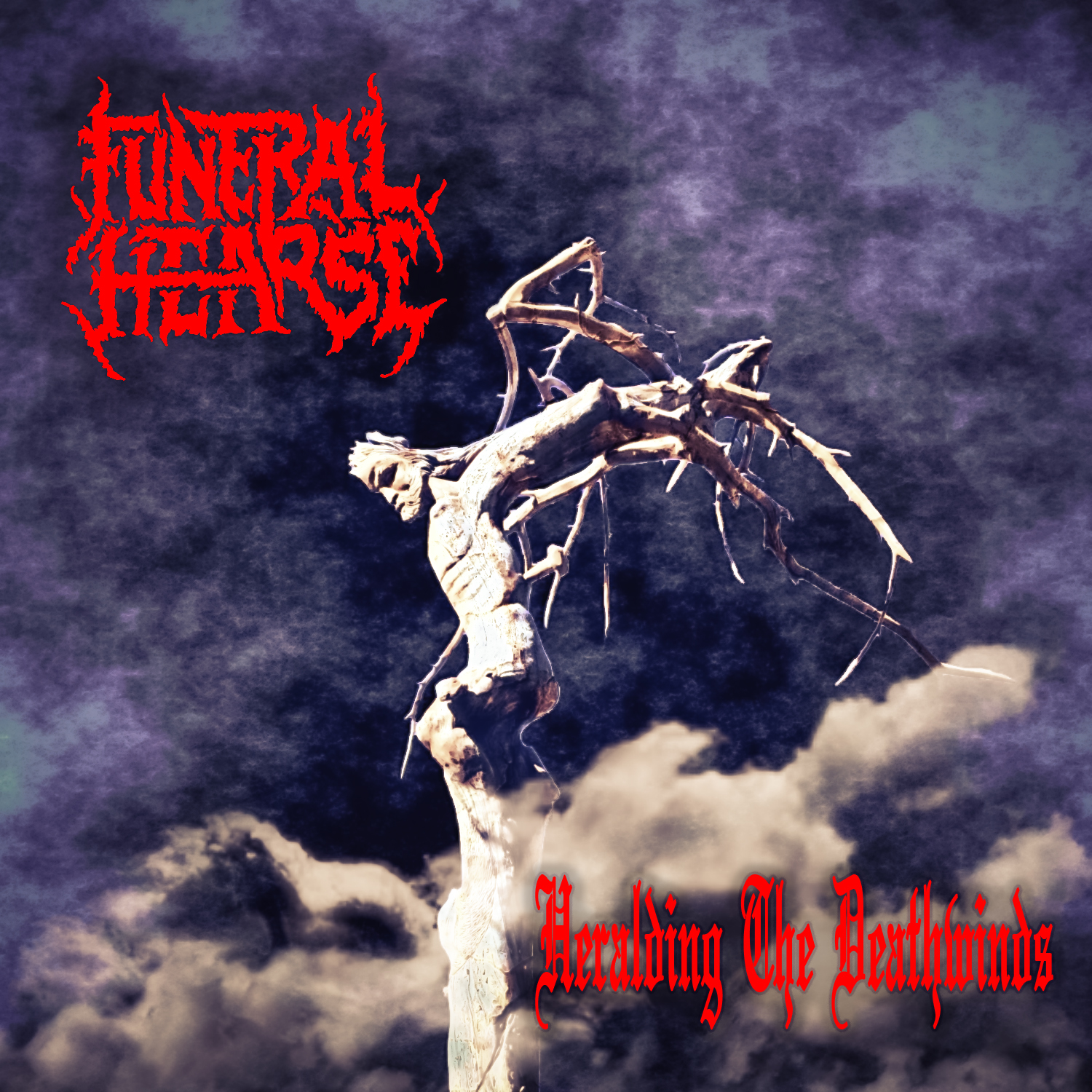 Funeral Hearse is a two-man project, one that has risen out of two, apparently very famous and popular, Singapore-based bands entitled Rotten Germs and Zushakon. While these names are sadly unknown to me at present, the experience, talents and overall sound that the two members bring with them from their past is undeniable. Hailing primarily from the 80’s Hardcore and Punk scene as well as the 90’s Black Metal scene, the overall sound has two very distinct and powerful features: The music created by this union is both powerful and relentless; And it is most assuredly and underground release. Musically Funeral Hearse’s members themselves have admitted to drawing inspiration from the likes of Dissection, Bathory and Terrorizer – Something that clearly comes off throughout the four tracks present upon Heralding the Deathwinds. On top of that, great lengths have been crossed in order to ensure that Funeral Hearse as a band encapsulates the true underground sound – And the EP is exactly as distorted, gruff and rugged in its execution as one would expect has the record been released two decades ago on tape. In this case however, the album has been released upon a digital media; And that is not the only way in which Funeral Hearse has been keeping up with the times. While the overall devilish feel and sentiments of the days of yore can still be found scattered throughout Heralding the Deathwinds, it is also worth mentioning that their lyrical focus has shifted a bit. The title itself refers to a nuclear holocaust, one that will very likely bring about the destruction of mankind as we know it. However, in this dystopian tale, it is not the machinations of neither God nor Luficer that brings about humanitys downfall, but rather mankind itself. It is a small difference, one that people will only notice if they play close attention to the lyrics, since the music itself is a textbook performance of what Second Wave of Black Metal can (and, in my opinion) should be. Heralding the Deathwinds marks the first collaboration between these two very well-known (in Singapore at least) and very active individuals, not counting their first single entitled ”Firestorm Majesty”, which is taken from this EP. All in all, Funeral Hearse is a product of their time, but one that has managed to reinvent themselves without changing the core of what they are. Quite impressive, and a welcome addition to my musical collection.

Recommended for fans of Dissection, Emperor and Hellhammer.