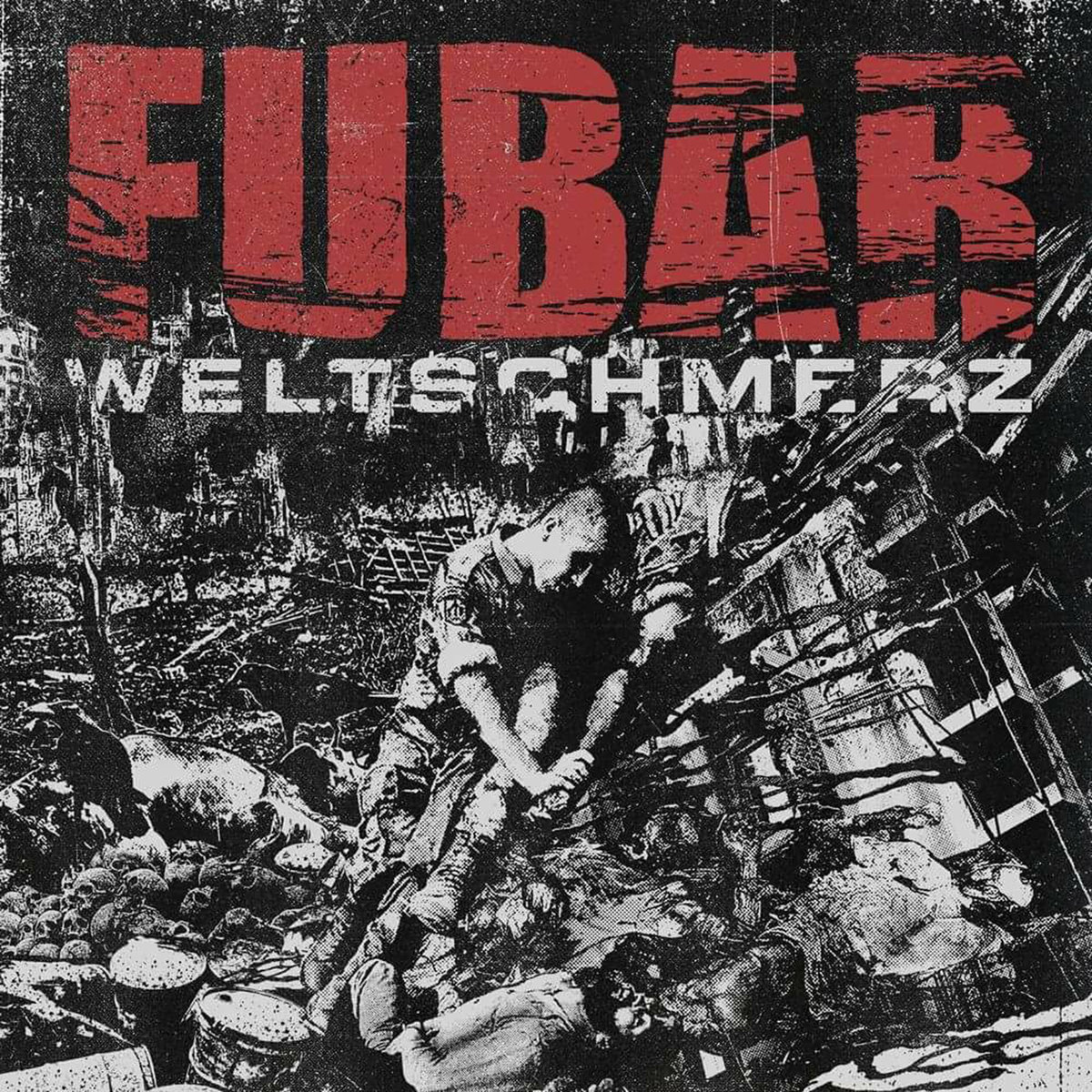 Fubar is a grind-core band from the Netherlands, unfamiliar to me prior to listening to their latest CD. It was sent to me recently from FDA Rekotz. A little research on the band told me that Weltschmerz (German word for ‘world-weariness’) is their third full-length album. It arrives after the release of numerous Splits and EPs the band has participated on. Its predecessors were namely Justification Of Criminal Behavior, 2004, and Lead Us To War, 2012.

Now it is the time to unleash third beast with 14 sort/semi-lengthy tracks of a grind-core mixed with melodic blackened crust. It is a beautifully brutal strange mixture rarely seen nowadays. Thus, one can hear some fast and crushing buzzsaw songs perfectly mixed with more emotive/melancholic and melodic parts.

It is spiced with some extremely powerful chords and stunning riffs in almost every song. Again here I just like the mixture of slow, mid-paced and fast parts that all the instruments produce.

The lyrics are mostly about social condemnation and other dark, violent and ‘real-life’ themes while all of the song-titles are short – one-word titles!

The vocals are mostly to the crust and hardcore side, although it is not one-dimensional and monotonous, as he delivers hoarse shouts, deeper growls, guttural and even some ‘sing-along’ recognisable singing.

The production is very professional and it is what pleases me about this release, the 5-guys care about their work and take it seriously.

The only minor cons of the record are the opening instrumentals “Weltschmerz” and closing “Void”.