Dusk Of Delusion – Watch Your 6 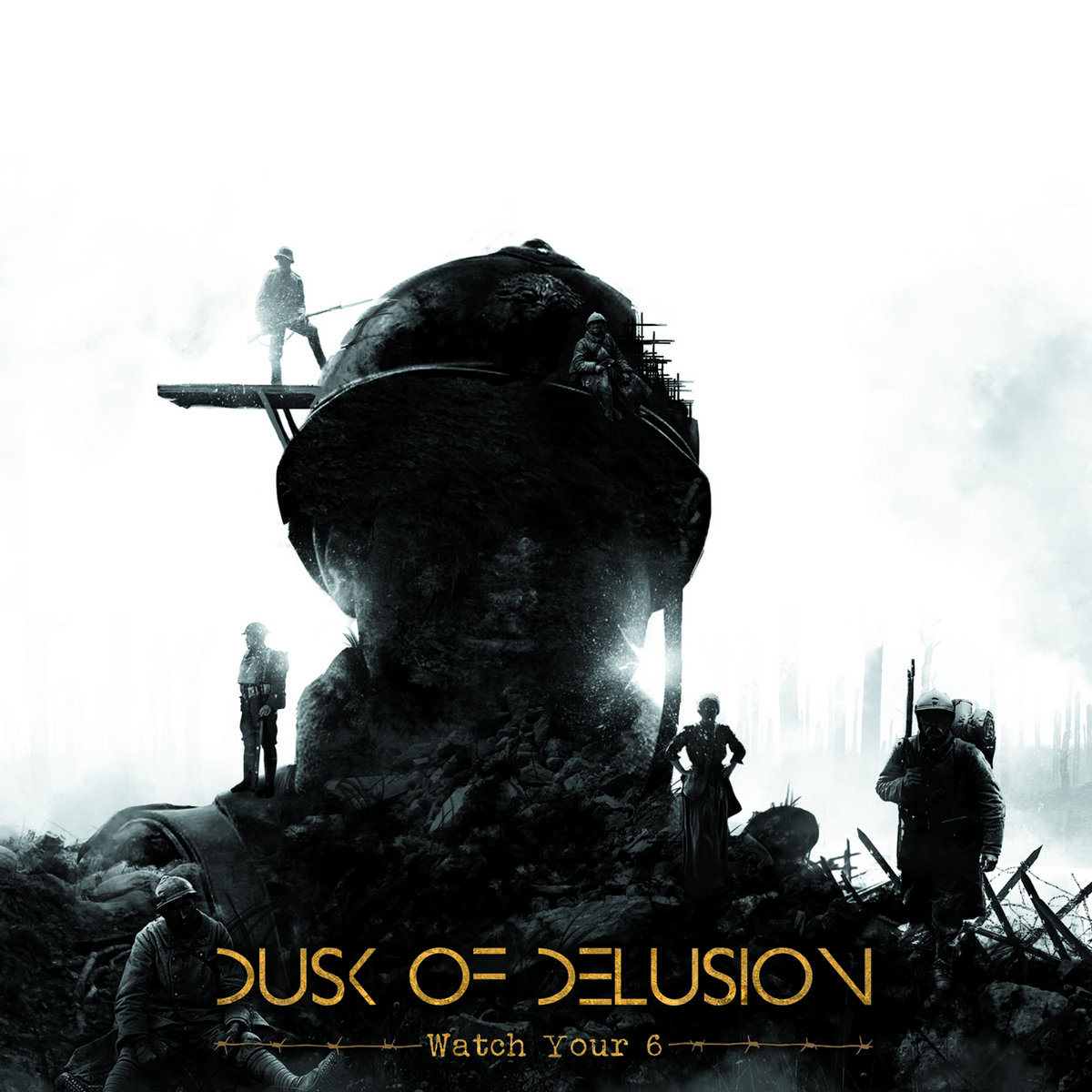 French quintet Dusk Of Delusion present their second full-length offering entitled Watch Your 6. It’s a wonderful conceptual album containing 10 songs about history and First World War in particular. They tell the stories of soldiers, civilians, men or women, and their experience of this war that erupted in Sarajevo. Being Bosnian-born myself, I was esp. exited to hear their opener “Serbian’s Gates” (listen to the song below), a song that relates the feeling of hate of Gavrilo Princip, and an allusion to the historical trend, according to which the Balkans were a powder keg where a simple spark would have led to war. This song makes an immediate impact with its stomping opening riff.

Of other album highlights I would just briefly mention “Sadness Is My Only Retaliation” with its hefty chorus and crushing riffs telling the story of a soldier dealing with PTSD, something I can relate to… and probably my personal favorite, “The Guardians”, mainly due to the cool bass work, beefy riffs and anthemic sing-along chorus.

Even though most tracks bring quite the hailstorm of battering riffage, I’m not necessary over-impressed with their musicianship, but I like the fact that this concept story of the whole album covering all sides and with songs in Russian, French, German, Bosnian/Serbian and English, works just fine here. Those digging into the lyrics will find out that the album has much to offer.

The overall atmosphere and feeling of this album is somehow brutal and unrelenting, but at the same time with thousands of tempo- and mood shifts. Thus, I find it hard to call their sound other than just ‘metal’, although I hear numerous influences of Nu- and alternative, thrash and even some epic and atmospheric metal. Talking of epic and atmospheric metal then just listen to an almost 10 minutes long epic climax saga called “Verdun”. This lengthy, but exceptional song is unfortunately followed by an uninspiring and boring album closer “While He Sleeps”.

The album is well-produced and with a good mix. Despite the enigmatic title, this record belongs to a much darker and more grandiose world. It’s dark, captivating, emotional, memorable, anthemic and yet heavy. With the release of Watch Your 6 this French it seems as this French five piece has found the renewed energy and enthusiasm and it’s definitely another step in the right direction.

Esp. recommended for fans of 36 Crazyfists, 5 Finger Death Punch, Tool, System Of A Down, Biohazard etc.