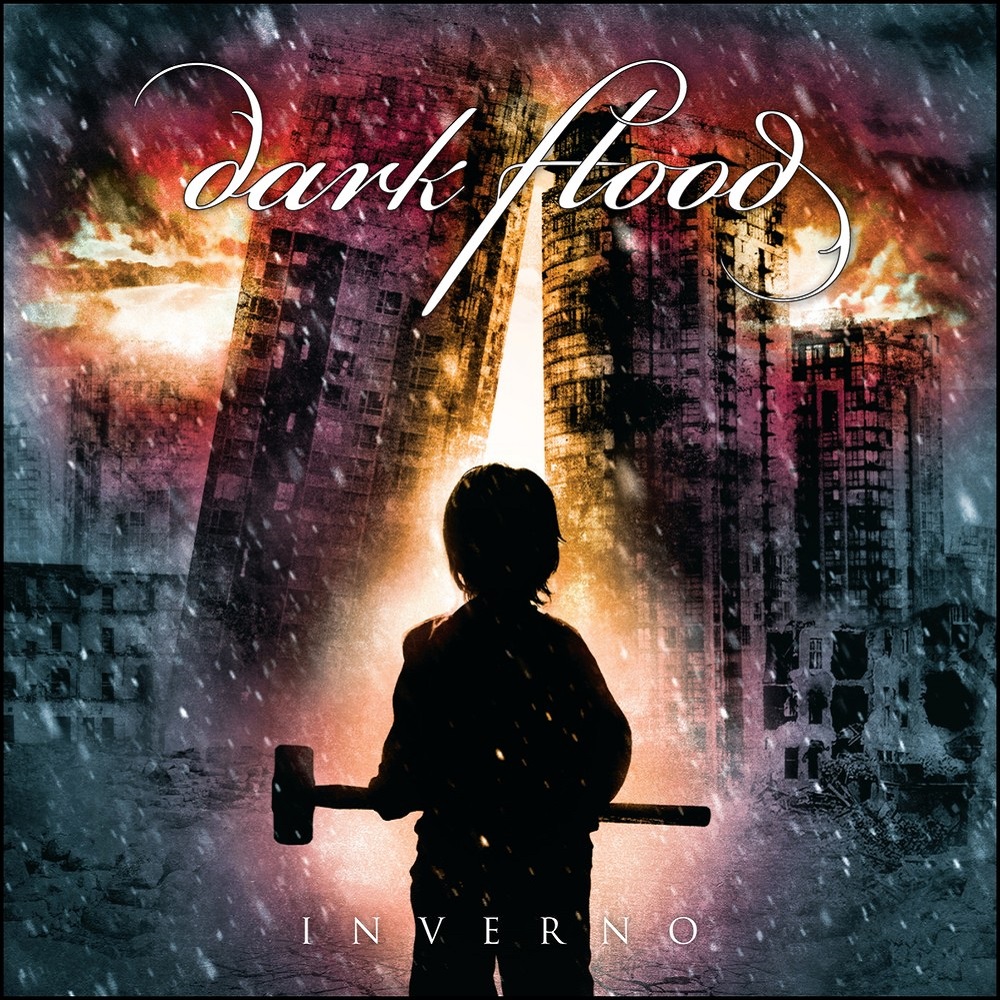 Finnish Melodic Death Metal with a penchant for tales of life and death and the unavoidable melancholy this causes. I suppose that is as short as you can introduce Dark Flood, although I would make the claim that it hardly gives them justice. The quintet banded together twenty years ago under the name Flood, which was changed into their current name (Dark Flood, in case anyone already forgot) two years later. And in those twenty years the band have released three full-length albums, the newest of which is entitled Inverno. And at ten tracks long and a pretty decent fifty-some minutes, their latest record if filled to the brink with catchy as well as very melodic and drawing solos, rhythms and lyrics. Sure, they might not differ greatly from other Melodic Death Metal acts of their particular era, if you will (they do carry a strong resemblance to other acts such as In Flames and Dark Tranquility) yet they have still managed to create their own sound to such an extent that they are clearly a band of their own; I would not be surprised however, if fans of the two before-mentioned bands would find Dark Flood relevant and interesting. The track ”Force of nature” is especially alluring, as it is one of the longest tracks available on Inverno as well as the most varied track present on the entire record. It seems to show pretty much everything that the band have learned in their two decade long history, as well as being a testament to their sheer expertize and talent that they have acquired in that time. The only puzzling thing to me is their choice of title track: ”Inverno” is the second to last track on the album, as well as the only instrumental piece on the entire release. Both of which are rather unique choices to make. But I suppose the band have their reasons. But overall, Inverno is a Melodic Death Metal record, one I would surmise is aimed directly at old fans of the genre (see above). Nevertheless, anyone with interest in the genre should jump at the chance of listening to Dark Flood, as they are very talented musicians.