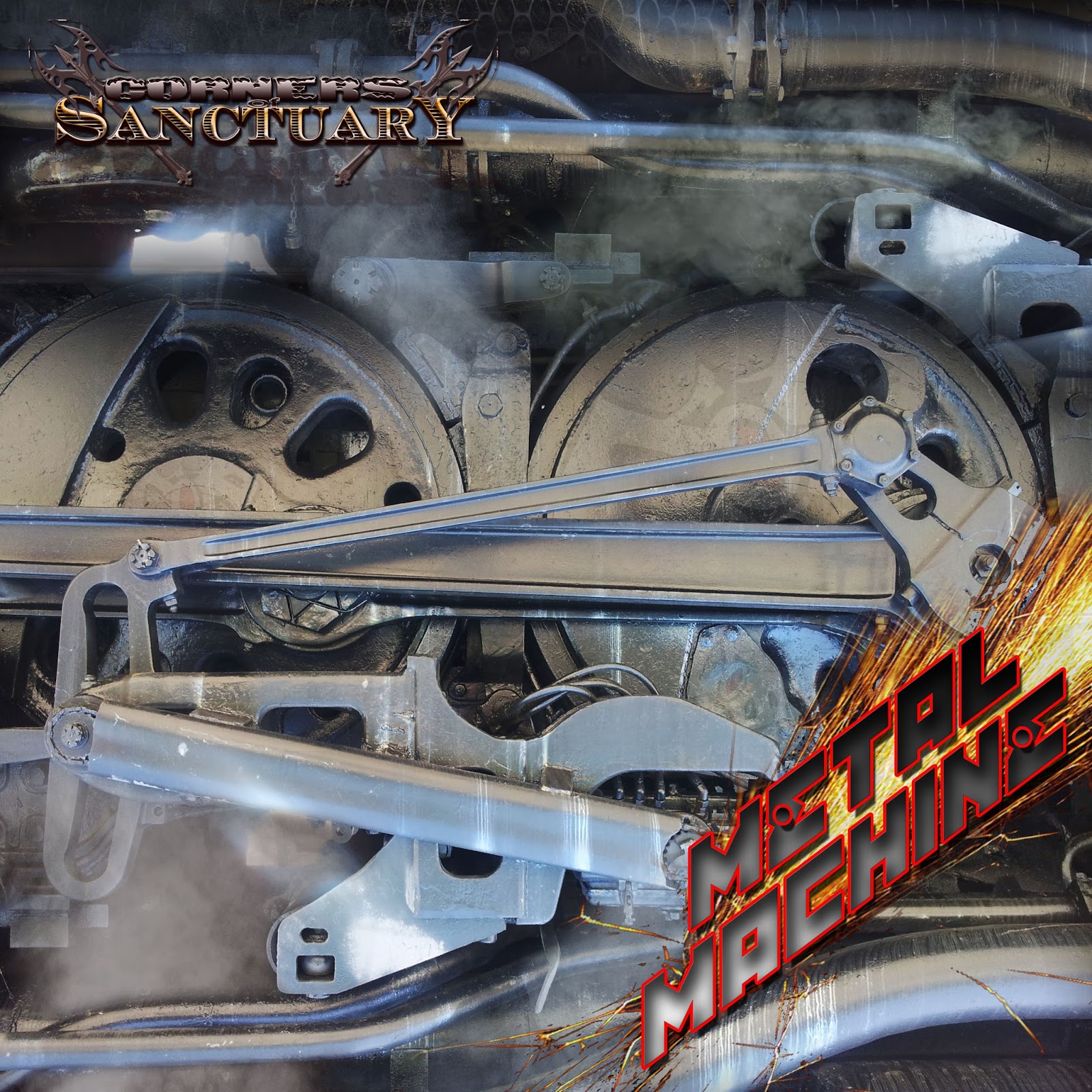 Metal Machine is a fourth studio album by Corners of Sanctuary. This band from Philadelphia (Pennsylvania) first hit the music scene in 2011, but they’ve already an impressive discography having released four albums and three EP’s so far.

In 2012 the band began to gain momentum, after the release of their first album Breakout. With the release of their debut the band was described as a ‘new way of traditional american heavy metal’ as complementary to infamous ‘new way of british heavy metal’. After a couple of spins in my stereo I have some serious doubts if this new movement/genre will have cause same impact on metal & rock scene like the UK version did. However, it doesn’t mean that they are not good, as they handle their instruments to a perfection, but I also felt like I have heard it all numerous times before. In other ords; we are dealing here with a highly ambitious and talented quartet, and even some of the band members were active in the band Seeker before.

Metal Machine consists of 11 razor-sharp and memorable metal tracks; nine ordinary songs and an opening instrumental intro “Turn It On” as well as the closing instrumental track “Killswitch”. These two are also in my opinions two weakest tracks off the album, since there’re no vocals and the sound tends to fade away and get boring. Meanwhile, the overall recording and production is really good. I like the fitting cover artwork for this album, but I equally like the overall vibe and certain mood/atmosphere on this record too.

There’s a lot of creativity in their music with solid rhythms, nice leads, great riffs, traditional heavy metal & melodic vocals and intense drumming. This particular CD and collection of songs (I can’t speak for its three predecessors since I never had a chance to hear it) brings back memories and nostalgia in me. It is a metal that I grew up on in the 80s. The band is obviously influenced by the likes of Iron Maiden, Accept, Anvil, Judas Priest, Stryper and other mainly european bands, so if you are a fan of the aforementioned giants or if you like pure, raw, traditional and classic metal then look no further – C.O.S. can deliver just that!

C.O.S. are touring throughout 2016, so make sure to catch them alive in your city. For more info on this great American act go to: www.cornersofsanctuary.com