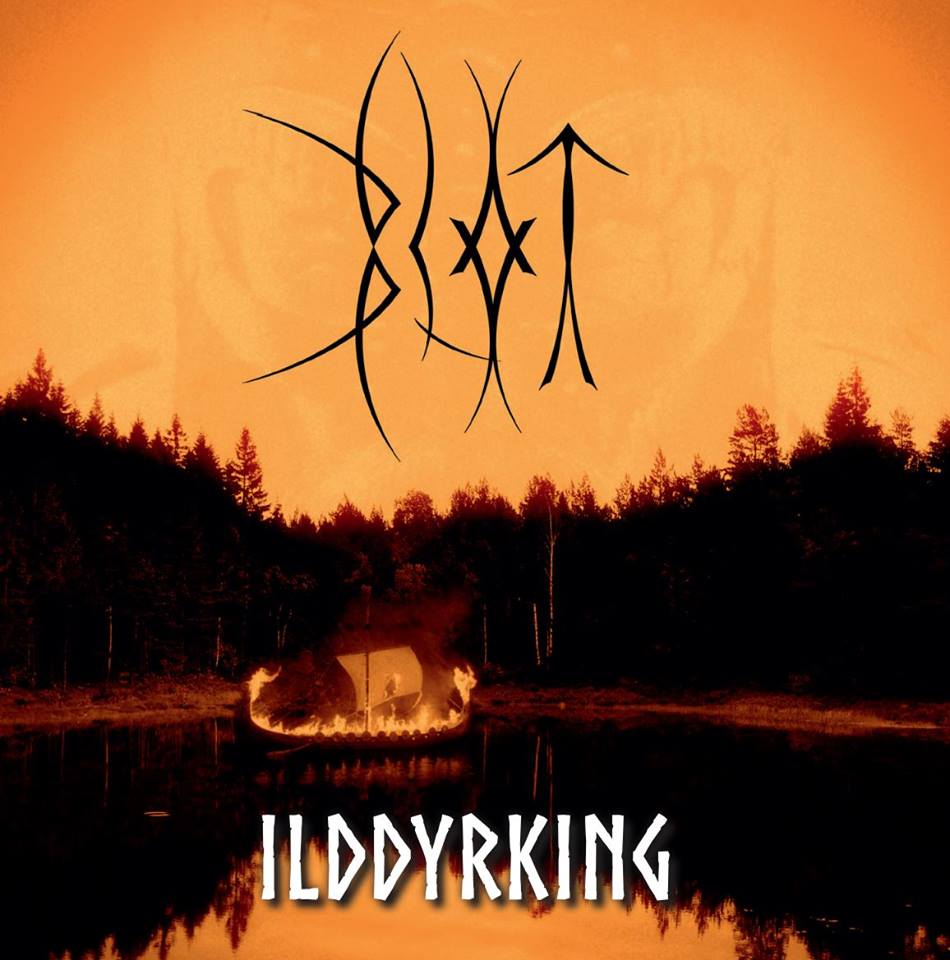 Norway has always been known for its strong and ever progressing black metal scene. The latest arrival to this flourishing scene is the band named Blot (‘Blood’). It is a first proper full-length album from this formation. It is entitled Ilddyrking and it contains 10 tracks of what I would chategorize as ‘epic & pagan black metal’.

Prior to listening of this new opus, I was not very familiar with this band, although I was aware of their existence. Since I didn’t know what to expect, I could approach this release with an open-mind. Let me say immediately, that Ilddyrking is not as approachable and listenable with the very first spin, but after a couple of initial listening-sessions, I was surprised and amazed. Ilddyrking is unlike many similar pagan black metal albums being released in the recent years. The songs are quite diverse and dynamic, with a lot of variation in each and every track. Tracks average over 5 minutes in length – it means that I was not bored for a single second while listening to this full-length debut.

The tempos vary, which means that it was neither boring, repetitive not tedious. The riffing and overall melodies are pretty catchy too, while the overall sound is heavy, punchy and very tight. I esp. liked nice and smooth instrumentation.

The same goes for the sublime atmosphere. Everything seems nicely arranged and despite of the lack of originality and innovativeness, I enjoyed listening to it. It has this special vibe and identity of its own, something you can not say about just every modern black metal band!? Production is more than decent and does not sound like it was a recording in a basement or home-made, but rather in a real studio.

The only con are somehow weak and repetitive vocals, as I wish they were slightly more varied and diverse. However, potential is definitely there.

Another interesting detail about Ilddyrking is, that the closing track off the album a cover of Dissection’s “Where Dead Angels Lie”, which in my opinion is a decent (re)interpretation of that classic anthem.

I see a lot of potential in this band from neighbouring Norway (Kristiansand), and I’m already eager to see what their next step will be. Ilddyrking is an album that sounds refreshing and massive, and having in mind that this is Blot’s debut, I think it is amazing accomplishment.

Highly recommended for any fans of Pagan/Viking/Epic Scandinavian black metal and bands such as the aforementioned Dissection, but also the likes of Satyricon, Bathory, Enslaved, Amon Amarth etc.