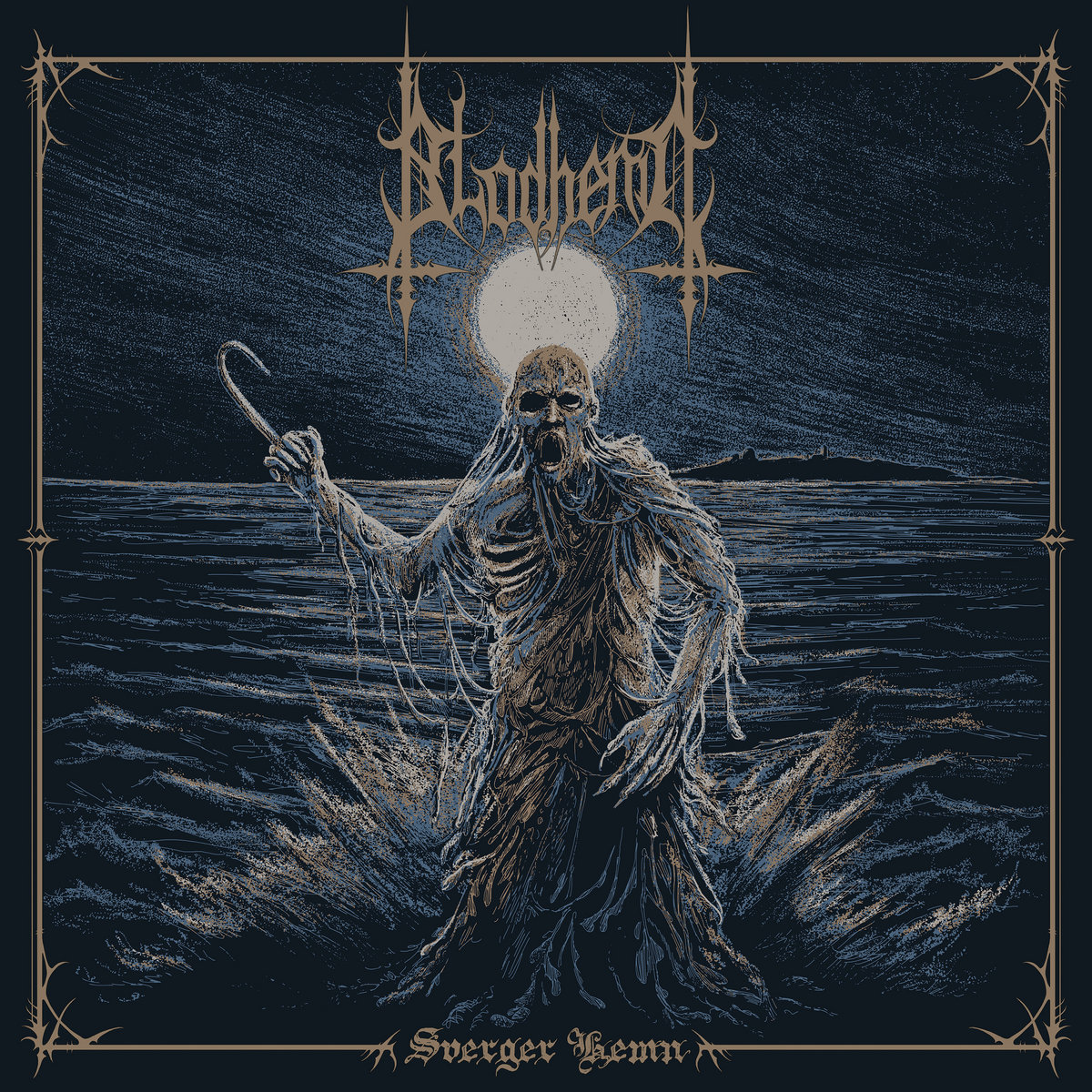 Blodhemn (means something like ‘vengeance in blood’) is one-man black metal act, a project from Norwegian multi-instrumentalist Invisus. Blodhemn saw the light of night in 2004, and he’s been working tirelessly to further the sound of black metal with a distinct concept and an aggressive approach ever since. It gave him a status of an underground phenomenon.

Sverger Hemn, released recently through their fellow Norwegian Dark Essence Records, is a result of a long production and years worth of song-writing. It consists of seven tracks in what I’ll call a venomous and splendid mix of black- and thrash metal, even with some rock’n’roll elements. From the opening riff of the “Fraa Djupet…” it is clear that we’re dealing here with a serious high-quality release. Lyrical topics are drowning and taken by the sea and similar themes centered around the area Homengraa on Fedje in Norway. Second track is called “Vil Livet av Deg” and it’s a track which contain plenty of interesting nuances and atmospheric textures. “Bobm Bergen” is a marching anthem, while the following “Farvel Feioey” is simply stunning and moving track.
Sixth track is probably another one of my favourites (listen below) – called “Velg Din Gift”. Sverger Hemn closes with “Tid”, a track which ends in a true black metal manner, with relentless aggression and raw power.

As on his earlier albums, one sense determination, consistency and recognizible trademark Blodhemn sound on Sverger Hemn, even though Invisus, on a couple of tracks, gets out of his comfort zone with different kinds of vocals and keyboard experimental parts.

Prior to listening to this album, I must admit that I felt a bit of excitement and anticipation, but two spins later, and I think that Blodhemn more than fullfilled all my expectations. Sverger Hemn fascinates me from the first second up to the last tone. Invisus delivered here another majestic, varied, well-executed and perfectly produced album, where a few tracks have the potential of becoming epic classics. Esp. fans of Taake, Ragnarok, Enslaved, Aura Noir and Orkan in particular need to check it out.